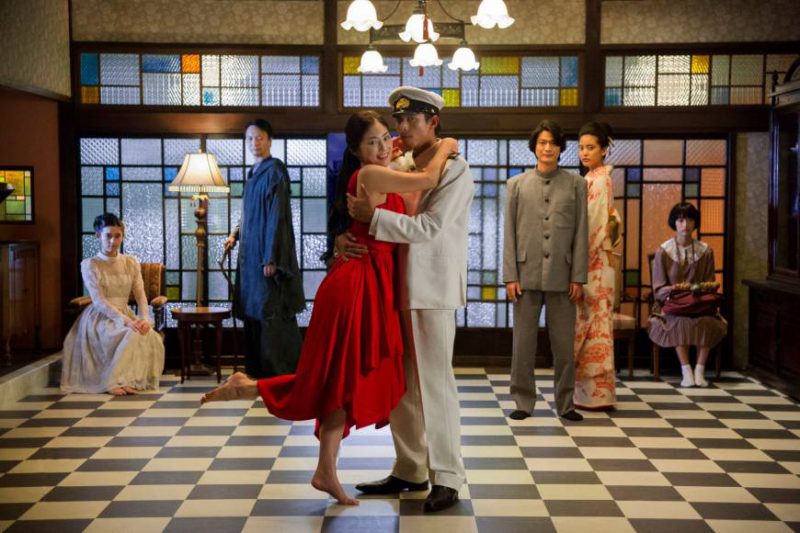 The Fantasia film festival is happening at several theatres (primarily on Concordia University’s downtown campus) through Aug. 2. Here are our reviews of films screening over Saturday and Sunday:

From Nobuhiko Ôbayashi, director of the cult classic Hausu, comes the epic poem Hanagatami, a film forty years in the making. While ostensibly a live-action film, it has all the expressionistic flourishes of animation. Grown men play children, exposition unfolds in drawn panels and flower petals fall like rain. A movie about a young man corrupted by war, Hanagatami is an impossible to classify hybrid of a film. While it might be somewhat disorienting at first for uninitiated filmgoers, the film is so rich and vibrant, it is difficult not to be completely swept away by its ambition and wild, unpredictable artistry. To say this is essential to see on the big screen feels like a gross understatement.

While running at nearly three hours, the film is such a whirlwind experience emotionally and aesthetically that it breezes by. Offering a similar experience to Sion Sono’s Love Exposure, this is a re-invented melodrama crafted with sincere emotion but channeled through the mind of a true surrealist filmmaker. Often jarring and always beautiful, the film has a haunting and disorienting pacing.As inspiring as the movie can be, it is also incredibly disquieting. Obayashi breaks every convention in editing, image construction and sound design but somehow it feels poetic rather than chaotic. Difficult to completely absorb after a single sitting, this film is one of the essential offerings of this year’s Fantasia lineup, exemplifying the festival’s ability to present hungry audiences with images and even ideas they might not have ever encountered before. (Justine Smith) 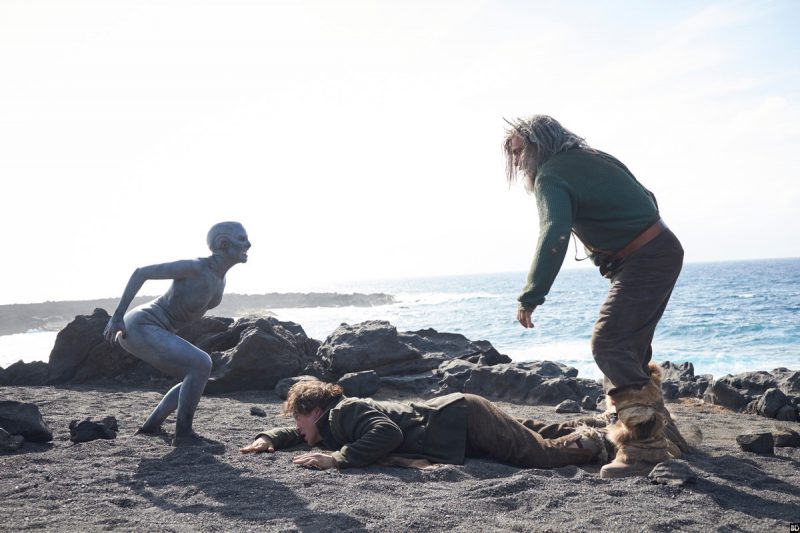 It’s hard not to think of The Shape of Water while watching Xavier Gens’ creature feature Cold Skin. First off, the sea monsters do look like low-budget versions of Guillermo del Toro’s scaly dude, but also, because fish fucking might be a new thing that totally changes Disney’s direction for their inevitable live-action Little Mermaid.

In 1914, young Friend (David Oakes) arrives on an isolated island to take over the post of weather surveyor for a year. Things already seem off when the man he’s meant to substitute is nowhere to be found. In his stead is a bearded, vodka-guzzling recluse named Gruner (Ray Stevenson) who lives in a lighthouse outfitted with sharpened, wooden poles to make it look like a makeshift fortress. Friend soon finds out why when he’s attacked by violent creatures from the sea during his first night. The two men join forces to fight back, as Friend discovers Gruner keeps one of the monsters as his pet/bed friend.

Gens amps up the drama with his grim visuals of rocky land and crashing waves, shrouded in foggy hues. This is the kind of place where men go mad and there is no subtlety about it. The sea monsters, while serving up a few scares, are used more as plot devices to push forward this fall into folly.  Enthralling, exciting and a tad predictable, the film portrays an isolated moment for these characters cut off from the world, back-stories shrugged off. You’re left wanting to know more about Friend and Gruner, and wondering what happens to the creatures when they dive back into the sea, but perhaps there’s another movie to be made, to complete an unofficial trilogy about marine monsters and the people who screw them. (Roxane Hudon) 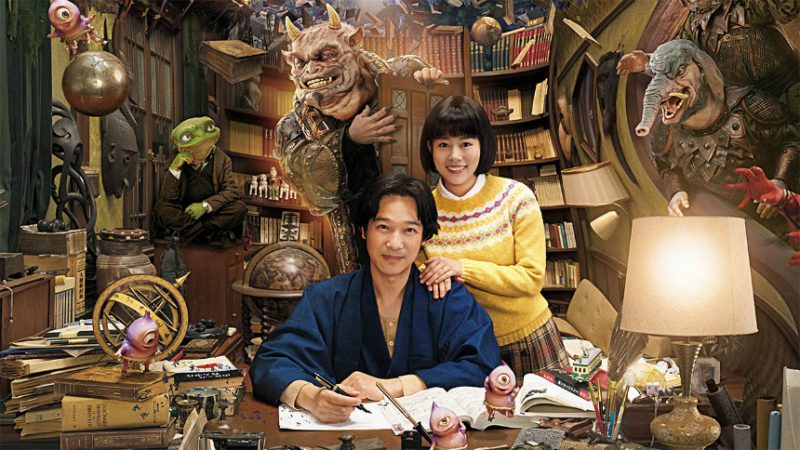 Whimsical, delightful, grandiose and silly–that’s what you’re going in for when jumping into the magical world of Destiny: Tale of Kamakura, a fable of a film directed by Takashi Yamazaki.

Housewife Akiko (Mitsuki Takahata) and writer Masakazu Isshiki (Masato Sakai) move to Kamakura, in the house Masakazu spent his childhood. With Masakazu suffering from writer’s block, the newlyweds struggle to adapt to their new, domestic life. Akiko soon finds out her new husband hasn’t been honest with her. There’s his secret train collection and his side-job helping out police officers, oh, and then there are the goblins, imps, random creatures, ghosts and death gods who happen to also live in Kamakura. Surprise, honey!

The way Yamazaki jumps from absurd vignette to the next, introducing handfuls of new characters at the drop of hat, makes it quite obvious that this fantastical film was based on a manga by Ryôhei Saigan. Fun CGI creatures colour every scene, like a fairytale feast for the eyes. Of course, no matter how many murder investigations, giant, maggot-like villains or jinx gods are thrown in, this a love story at its core and if you’re not down for a bit of fancy fluff, this might not be your jam. (RH) 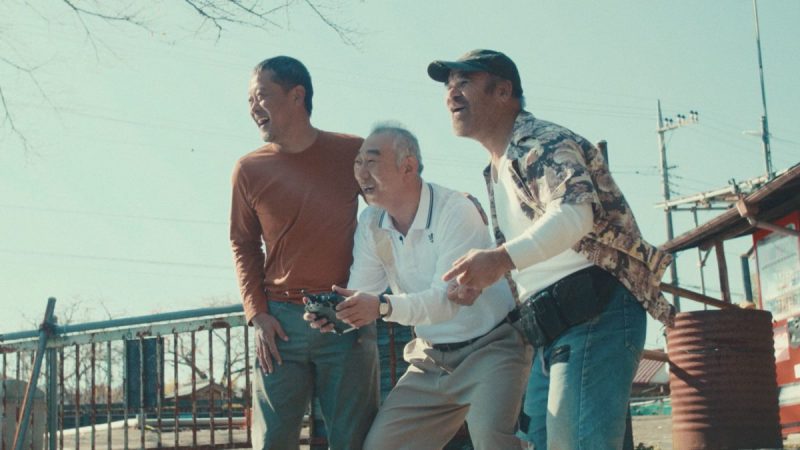 The majority of Being Natural does not feel like a “Fantasia film”; it’s mostly a gentle character comedy that brings to mind Hirokazu Kore-Eda meets the less fart-centric of Adam Sandler’s vehicles. Yota Kawase stars as Taka, a happy-go-lucky slacker who lives in a rural Japanese village. Taka’s never worked much, preferring to take care of his elderly uncle (who owns an artificial fishing lake) and playing his bongoes. His quiet life is upended when his uncle dies, bringing his irascible cousin back to the country. The cousins cohabitate in relative peace until a hipster couple from Tokyo and their daughter come to town, hell-bent on opening an organic café — something they think they could do very well in the deceased uncle’s unique home.

And so it goes for 80 per cent of its running time — a pleasant satirical comedy with shades of Portlandia and the organic family dramas that Kore-Eda has made his trademark. It’s fun enough, if sometimes a little hackneyed (subtitles of dubious quality certainly don’t helped), but then Being Human whips through a series of truly wild twists that take it somewhere else entirely. It’s impossible to talk about here, but suffice to say that I have a great deal of respect for the path Tadashi Nagayama takes. The film does suffer from a certain uncertainty of tone (almost certainly owing to the aforementioned subtitles) but it’s the rare film that took me someplace I truly could not have anticipated. (Alex Rose) 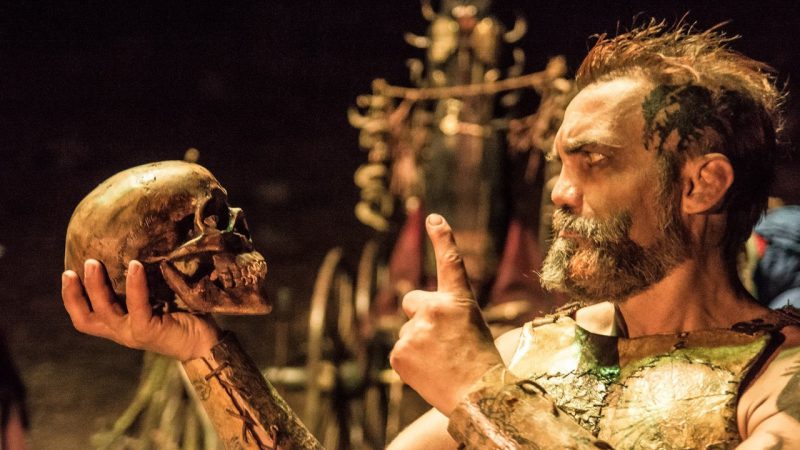 In the mood for a mad Russian epic about a bunch of barbarians hacking at each other with swords? Of course you are!

Enter The Scythian, an over-the-top, growling action film from director Rustam Mosafir. The plot goes something like this: a heroic warrior named Lutobor (Aleksey Faddeev) is mad as hell when his wife and baby are kidnapped by the last of the Scythians, a group of tribal ruffians with hazel eyes, funky hairdos and gold-incrusted skins. He forces Marten (Aleksandr Kuznetsov), a Scythian left behind by his own, to help him save them. They punch, stab, huff and puff their way through a rugged Central Asian landscape and through all kinds of other warrior weirdos who try to come in their way, including a man with three whips on his head and another wearing an…egg hat?

For a ridiculous sword fighting movie, this hits all the right notes. The characters are brutish and bloody, the fight sequences are fast-paced and entertaining, and the scenery includes endless deserts and creepy woodlands where the inhabitants are into human sacrifices. From its overly dramatic opening credits about men becoming legends or whatever, I was all in. Be warned, this is a macho Russian movie about boys throwing axes at each other’s heads. As such, the women are mostly naked in tents, scared or getting felt up. Savage and boisterous, this is pretty much how I envision Putin’s dreams, but with him in the lead. (RH)