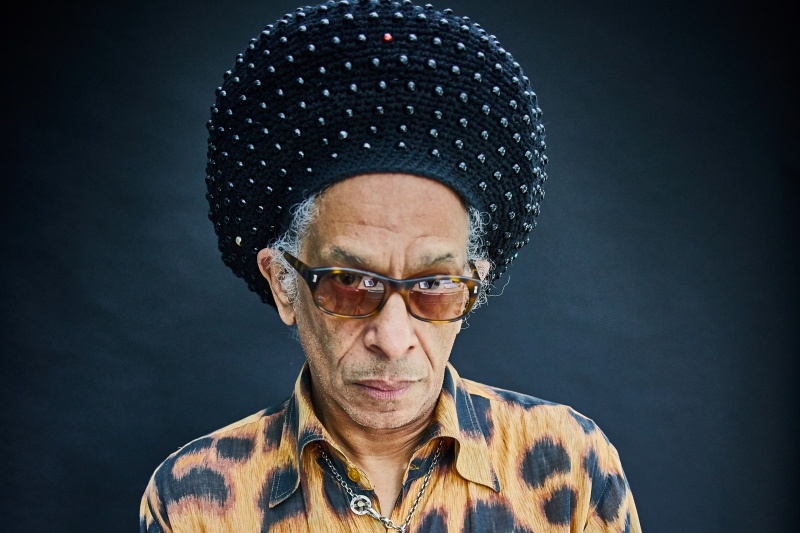 It may be profoundly un-punk to describe a person by citing their professional resume, but it’s tough not to with a guy like Don Letts.

Now 61 years of age, the pioneering figure of the U.K.’s ’70s anti-establishment movement famously introduced reggae music to the leather-and-chain set that populated London’s Roxy club as a DJ at the dawn of the punk movement, before the earliest punk bands had recorded music. He’s a respected filmmaker, documentarian and spokesperson for the subculture far and wide.

Letts has hung out with the likes Bob Marley and Paul McCartney. He followed and filmed the Clash around the world, provided samples for ex-Clash guitarist Mick Jones’s subsequent band, Big Audio Dynamite, and made the underground Jamaican film classic Dancehall Queen.

And he doesn’t even play an instrument — not that that ever stopped a punk before.

“Dig this,” Letts offers, speaking by phone from his West London residence. “I’m as old as rock ’n’ roll.

“I was born in 1956, and I’m what you call first-generation British-born black. So I’d grown up with these kids, and the music you’d hear coming through their walls or the clubs wasn’t some alien, exotic thing, not unlike when the Beatles or the Stones or Zeppelin were listening to shit from the Mississippi Delta. They literally grew up with this stuff. People make a big deal out of the ‘Punky Reggae Party,’ but there was a propensity for white, working class kids to gravitate toward black music from the ’60s onward.”

Mind you, when Bob Marley writes a song about your DJ aesthetic, it is a pretty big deal.

And like another pre-punk rebel, Johnny Cash, Letts has been everywhere — except Montreal, where he’s a guest of honour at this year’s edition of ‘77 Montreal. Letts will drop a DJ set, joining locals Poirier, Ghostbeard and Sugarface Belfo at le Belmont for a one-off indoor edition of the always-reggae-soaked Sud West on Wednesday, July 25.

The following night, he’ll host the Canadian premiere of his 2017 doc Two Sevens Clash: Dread Meets Punk Rockers, at le Ministère. And during the day’s festivities at ‘77 Montreal on Friday, July 27, he’ll be present for a screening and Q&A session of another of his films, Punk Attitude.

And to Letts and self-identifying punks around the world, an attitude — not a style or sound — is exactly what punk is and always has been.

“The bigger idea is that punk is a living thing,” Letts says. “It’s not a dead thing to look back on, it’s something to look forward to. It’s a birthright of young people. It’s important to understand that this spirit, this attitude — and I ain’t talkin’ about mohawks and safety pins — has a lineage that goes back hundreds of years. It’s important to push things forward. Turn problems into assets.

“Before punk rock, in the early ’70s, there was a movement here called skinhead,” he continues. “And I’ve got to clarify that what I’m talking about is the fashion version, and not the fascist version that erupted later. The first skinhead movement was actually the first multicultural movement in this country. And their music of choice was reggae. It was massive, so much so that in ’71, ’72, there was a shitload of chart hits heavily driven by the purchasing power of skinheads.”

And as far as being a DJ, Letts (in the most DIY way possible) just fell into it, with his almost preternatural knack for being in the right place at the right time.

“I just played what I liked, simple as that, which was reggae,” Letts states. “Lucky for me, the punk rockers loved it. They kinda liked the fact that it was anti-establishment, and the musical reportage quality of the lyrics. They definitely liked the basslines, which you can hear later in bands like the Slits and the Clash. And it’s gotta be said, they didn’t mind the weed, either. There was some serious cultural exchange going on at the Roxy.” ■