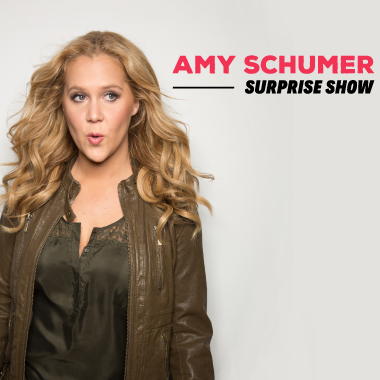 Amy Schumer is very suddenly at Just for Laughs.

The quick and dirty details: she’s doing two very small shows and at least one of them isn’t cheap.

Earlier today the festival announced that the Schumer, who recently starred in (and courted more than a little controversy with) I Feel Pretty, will be swooping into town to do shows tonight and tomorrow night at venues far smaller than you’d assume she would be performing at: Maison Théâtre and Gesù.

To put this into perspective, Maison Théâtre sees about 56,000 people annually and Gesù has a seating capacity of 425. Last year, Schumer performed at the Bell Centre.

As Big Surprise Guests™ go, this one is pretty big, so if you’re a fan stop reading this and go get your tickets because you know they’re going to sell out pretty fast. ■

“As we move forward with restarting the economy, we must keep working together.”