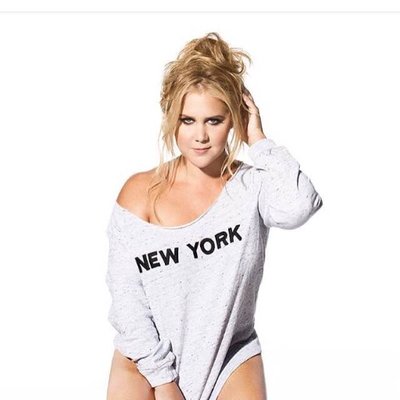 La Maison Théâtre is a pristine venue in the outskirts of Montreal’s Quartier des Spectacles area that specializes in child-oriented performances. However, Thursday night’s last-minute Amy Schumer Just for Laughs performance was a far cry from the venue’s usual wholesome programming.

JFL has a history with surprise performances. Both Judd Apatow and Louis CK made their way up to the city for respective impromptu sets in 2016. In Schumer’s case, she trekked all the way from Europe to the city she called a “traumatic place for comics,” marking her 11th year at Just for Laughs.

The comedian came onstage at approximately 10 p.m. to a standing ovation. In the background, Beyoncé and Jay-Z’s certified summer smash, “APESHIT,” blared through the speakers, its title indicative of what Schumer had in store.

“This set will be a waste of all your time!” she began. For one of the comedy world’s biggest stars, a venue that holds less than 500 people felt unusual. After all, her last visit to Montreal brought her to the Bell Centre, a feat only handfuls of other comics have accomplished.

So what could be bringing her here on such short notice? Testing new material. This was true to the core, with Schumer having organized her set on paper from her hotel room service booklet.

Though her set lacked an overall theme, her delivery remained consistent. “This show is gonna be in the perspective of a white, 37-year-old cunt,” she established.

A lot of the topics were a trip down memory lane for longtime fans — from having her ego crushed by people more famous than her, to the grass always being greener on the other side with sex, we’ve heard many of these from her before. This time around, however, Schumer is a married woman. Though insecurity plays a key role in her success onstage, there is a certain underlying sense of self-comfort that did not appear before this new chapter in her life.

Perhaps Schumer’s biggest breakthrough of the night comes when she dives into a Harvey Weinstein joke. “I met with him three times and he never even looked at me! Why not Me Too?” she says, dropping a potential name of her next stand-up special.

We may currently be experiencing Amy Schumer’s plateau. The comedian knows what works for her, and has developed somewhat of a comfort zone as to where she will and won’t explore with her jokes. Nonetheless, Schumer remains an important voice in the realm of comedy. Her desire to test new waters is commendable, though it may take a bit longer before she is fully prepared with a fresh batch of new material. ■