When Naïka Champaïgne Boissinotte-Alexis, Magassy “Mags” M’bow and Sage “SageS” Stewart-La Bonté showed up separately to a hip-hop workshop for young women offered by NDG-based youth-oriented production studio NoBad Sound in May of 2014, they had no idea they were about to embark on a musical journey together that would take them all the way to Dakar, Senegal to explore the birthplace of African hip-hop just a few years later.

The Froots are getting ready to tell the story of their 2017 journey with a launch party for their new music video for The Wanderer (filmed partly in Senegal and partly in Montreal under the direction of filmmaker Marie-Michèle Cyr), taking place Friday, June 22 at 7 p.m. at La Sala Rossa—a video four years and 6,000 km in the making.

“It’s a very important song to us because of who we are and our identities,” says Champaïgne. “I wrote most of The Wanderer after watching 12 Years a Slave with my mom, which was very emotional. This is a song that represents us because we go through this every day—the history of slavery and systematic oppression of Black people, police brutality—it all got bundled up in one song.”

The song The Wanderer is a track from the trio’s 2014 debut EP, produced with songwriting, beatmaking and performance skills honed at NoBad Sound. Since then, the Froots have put out a second EP (2016’s Blossom This Froot For Thought) during a residency with CJLO and have built a devoted fan base through their energetic live performances (including an opening slot for Princess Nokia last summer), securing their spot in the Top Five Best Hip-Hop Act category in the Cult MTL Best of MTL Reader’s Poll for the past two years. 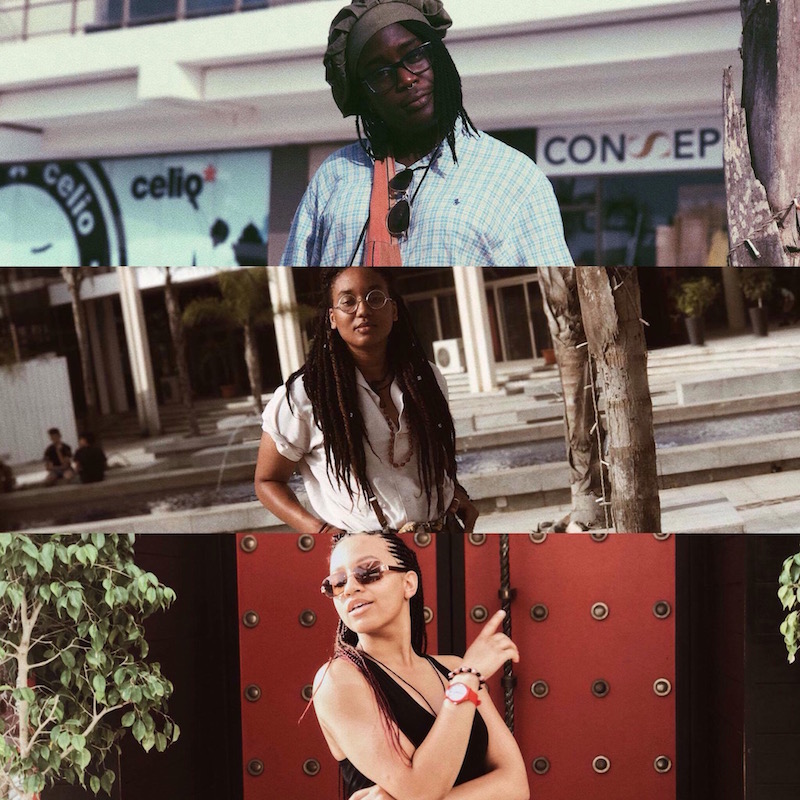 With roots stretching across Black Diasporic nations of Senegal, Ghana, Jamaica and Haïti, the Froots’ music explores the experiences of being young, queer, diasporic women of colour in North America. With an eye on exploring even further, in 2016 the trio decided to forge connections with hip-hop communities in the Motherland they dream about in their song The Wanderer. Raising over $6,000 over the course of the following year, the Froots made their way to Dakar in June, 2017.

“When you’re there, you find out that people are literally your family, or you just feel like you’re with family,” says M’bow, who learned that a popular hip-hop artist they met in Dakar was in fact a cousin of hers. “We discovered a lot of similarities between Haïtian culture and Senegalese culture. People welcomed us with open arms!”

During their month-long trip, the Froots performed, participated in workshops, engaged with the local hip-hop community and met  Senegalese artist Cheikh Lô, whose 1996 track Dokandeme they sampled in The Wanderer. Lô’s lyrics, sung in Wolof, deal with his experiences as a Senegalese immigrant in Europe. They also began filming two video projects—the music video for The Wanderer, launching June 22, and an ongoing documentary project about hip-hop across the diaspora.

“My dad would play [Cheikh Lô’s Dokandeme] a lot in the house,” says M’bow about sampling the track. “When we met him and he finally told us what the song was about (because I don’t speak Wolof), it turned out that the definition matched almost perfectly the story of our music video, which was already written before we even knew what the original lyrics were. It’s that synchronicity of the diaspora that was really in the works, and that kind of cemented the meaning of that trip for me.

“Dokandeme roughly translates into a wanderer, someone who travels from home to home but is welcomed everywhere. If you look at our video, the character finds a place in every home and she’s surrounded by love of people and never alone wherever she finds herself. That’s the vibe we’re going for in the video—no matter how you’re connected to the diaspora, as a Black person, you’re still Black so you’re still part of that greater family.”

Though the Froots are just a few years into their music careers, they’re dedicated to giving back to the community by sharing their skills and encouraging other young women to explore their creativity.

“It’s an honour to be seen as role models and to get to the point where we can show the younger generation that it’s okay to be yourselves and to be creative.” says Stewart-La Bonté.

Champaïgne adds, “We want people to see us on stage an be like ‘oh man, that could be me too,’ because representation matters. As much as sometimes we are very political in the way we write our lyrics because of our identities, sometimes we just want to play songs and be able to dance and jam out, and that’s important too.”

Travelling to Senegal and connecting with the music community on African soil has brought the trio a new perspective on their identities and approach to creating music. M’bow notes that “The most important thing for us is to recognize where we came from, because that always informs where you’re going—but it doesn’t dictate the entirety of who you are either. Yes, we are of African descent, we’re queer, we’re women, and it’s very important to speak on those things and pave the way for younger generations to have those similar identities, but we want to remind our fans that those things are important, but they’re not all you are.” ■

Strange Froots launch their new music video for The Wanderer in collaboration with POP Montreal and SistersInMotion, with performances by Electrik Lotus and AIZA on Friday June 22 at La Sala Rossa (4848 St-Laurent) at 7 p.m., $8/$5 in advance.