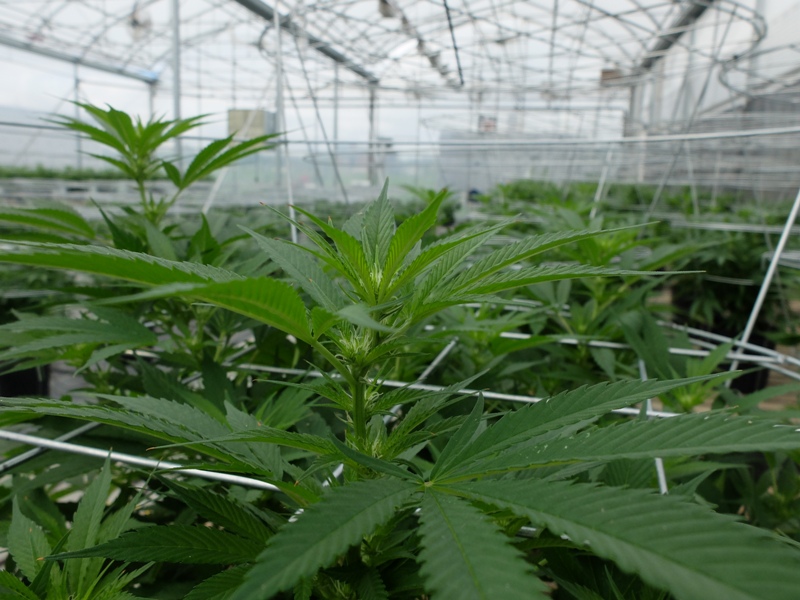 Quebec is stumbling towards legalization with an antiquated approach informed by decades of stigma.

When Prime Minister Justin Trudeau first announced cannabis legalization, everybody knew that the nation-wide endeavour was going to be a messy affair, and there were a lot of questions that had to be answered. Trudeau announced that Weed Day would fall on Canada Day, but provinces have said they need more time to iron out the details. In the months since, the path towards legalization has been delayed by negotiations between the provinces and the federal government, and now the first legal joints are going to remain unlit until August at the earliest.

Last week, Quebec’s national assembly voted on Bill 157, which is designed to address the changes in the law and introduce the Société québécoise du cannabis (SQC), a new crown corporation under the control of the SAQ. The SQC will be responsible for selling all of the legal recreational cannabis in the province, but it’s hardly an “SAQ for weed.” A few key differences in the crown corporations’ business models and the regulations governing their activities reveal the province’s hypocrisy on cannabis.

According to Lucie Charlebois, the minister for public health responsible for the rollout, Quebec wants to be in control of all weed sales. “It’s important for [the SQC] to be in contact with [cannabis buyers] rather than leave them in the hands of the black market,” Charlebois says, but provisions in Bill 157 and the SAQ’s rollout of their new subsidiary make this impossible. Nobody thinks the black market for weed is going to disappear completely, but Quebec’s approach is undercutting Ottawa’s stated goal of eliminating it.

Nobody knows for sure how much weed Quebec smokes, but Finance Minister Carlos Leitão estimated that 140 tonnes of pot are sold on Quebec’s black market. Only 20 SQC storefront locations will be open on legalization day, a totally insubstantial number considering the geography of Quebec and the relative size of the SAQ, which operates 407 locations province-wide. The SQC also will not be allowed to advertise any of their cannabis products or offer any promotions or discounts. It’s obvious that the SQC is not designed to sell as much weed as possible, a point that the SAQ says is part of the subsidiary’s unique business model.

Bill 157 gives the SQC a “very specific mission,” according to Mathieu Gaudreault of the SAQ. “The SQC will have a public health mission of legalizing an illegal product, bringing the consumer in and informing them,” he says, explaining that the SAQ goes about its business responsibly by not encouraging binge drinking, but also advises consumers on food and wine pairings and offers a loyalty card. The SQC will not be able to do this, and their employees “are going to be trained to help people and sensitize them to the realities of using those products.” The SAQ makes more than $1-billion annually, whereas all the money raised by cannabis sales will go into a government Cannabis Research and Prevention fund.

With the help of Statistics Canada and police departments, the SQC has estimated that roughly 50 tonnes of marijuana will be needed to capture about 30 per cent of the black market this year (less than their earlier stated goal of 50 per cent) and has ordered 62 tonnes just to be safe. Part of the reason the SAQ appears to be lowballing their estimation is that they were only authorized to negotiate supplier agreements with licensed growers — this may ensure that only safe, high-quality cannabis is sold by the SQC, but it leaves little choice for the consumer and a potential shortfall in supply. Experts think this will drive consumers back to the black market to find their pot.

“If the government’s intent is to limit the amount of cannabis available, that’s really going to work against the goal of eliminating the illicit market,” says Neil Boyd, professor and director of the school of criminology at Simon Fraser University. According to Boyd, provincial leaders could learn from provinces that have made legal weed more accessible by allowing licensed private merchants to sell cannabis. “In British Columbia, where there’s been a greater openness to market demand and sufficient retail opportunities [forthcoming], the black market will disappear more quickly.”

The SAQ acknowledges it will be difficult to reach consumers with only 20 stores, but they don’t think that opening more by legalization is realistic. Ontario is reportedly opening 40 similar stores in the first year. The SAQ is hoping that online sales will make up for the lack of storefront accessibility, according to Gaudreault.

Giving the SAQ control of the unborn SQC’s future may have been another mistake, considering the fact that both corporations will be competing in the same marketspace. Self-report surveys show that 15 per cent of adults under the age of 55 say that they’ve used cannabis in the last year, compared with 80 per cent who acknowledge alcohol usage over the same time frame. Demand for weed is expected to grow upon legalization, and the SQC will instantly become the SAQ’s biggest rival.

“Frankly, we’ve tried the repressive model for the last 30 years, and obviously it has not worked,” Leitão said in a press conference last November.

Their new weed model now seems a bit schizophrenic — on one hand the province wants to regulate cannabis and reap in the revenue through taxation, but they are still presenting weed as a public health risk, warning the public of its dangers and restricting legal access.

The federal government is also a bit behind the times when it comes to some of their regulations. As part of this slow transition to legalized weed, Health Canada has put out guidelines on weed packaging designed to prevent underage use and to warn of health effects, similar to the laws governing tobacco. According to the guidelines, weed packaging “ will need to be either opaque or translucent, [and] a single uniform colour — it cannot be embossed, shiny or metallic. The use of graphics and images will be prohibited. The use of branding and logos will be restricted.” There will also be health warnings similar to those on cigarette packaging and bags will include information on the THC and CBD content of the strain. Pot growers are hoping that these regulations will be loosened if more non-smokable cannabis products become popular, and the stigma around cannabis further decreases.

“We’re dealing with 100 years of reefer madness,” says Pierre Killeen, VP of government relations at Hydropothecary, a cannabis growing firm that has signed a five-year preferred supplier agreement with Quebec. He predicts that regulation will loosen when consumers and regulators realize that cannabis is not only for smoking. Using data from American markets from the states in which weed has been legalized, Killeen thinks that half of the market will move towards cannabis elixirs, sprays and powders, and eventually edibles. “As consumers get exposed to different types of cannabis products, there will be a transition away from flower and more towards oil. With time and awareness, we’ll see flexibility around the rules and regulations governing cannabis,” Killeen says.

The reality is that cannabis is different than tobacco or alcohol, and regulations need to reflect that. For decades we’ve let cannabis prohibition be dictated by stigma, and although it seems the tide is turning with upcoming legalization, in Quebec it appears as though old attitudes die hard. Gaudreault admits that a “political motivation” was behind the distinction that’s been made between cannabis and alcohol, but insists the SAQ is doing the best it can to roll out sales under the framework of Bill 157. “Those are the intents of the legislators,” says Gaudreault. “We have to deal with that.” ■

Snoop Dogg on legalization in Canada