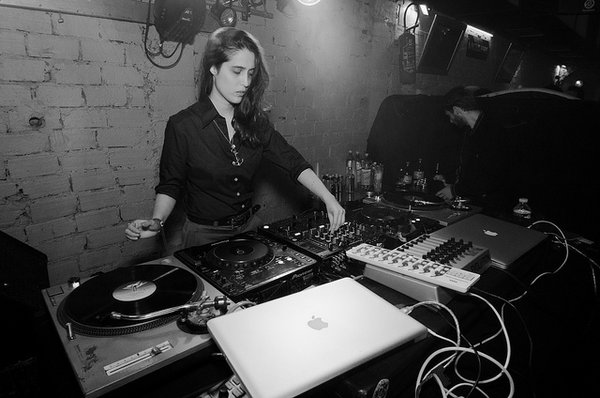 While visiting family for the holidays during the winter of 2016, my friend, the artist Mark Templeton, told me over a few beers about aimless drives he began taking around the industrial district near his house in Edmonton. Templeton would take the car and randomly turn right, then left, then left, then right, in attempts to get lost in an area that he knew all too well — to make the familiar once again strange. He started to photograph the places he discovered, documenting the changing look and feel of these odd spaces of neglect and decline. Soon, a soundscape came, too.

Templeton’s experiments in psychogeography resonated with me. I understood the drive to dérive: what the French philosopher Guy Debord defined as “a technique of rapid passage through varied ambiances.” These sorts of excursions are not merely regulated by chance. No. Rules of attraction — the tourist’s prize — govern them. “The randomness of a dérive,” wrote Debord, “is fundamentally different from that of the stroll, but also that the first psychogeographical attractions discovered by dérivers may tend to fixate them around new habitual axes, to which they will constantly be drawn back.”

There is a cat that lives next door, a ginger tabby that prowls back and forth across the fence, flicking its tail for stability. I don’t know this cat’s name, so I just call her Ginger. Sometimes Ginger sits on the fencepost, sphinxlike and still, watching pedestrians and passing traffic. Sometimes she chases after squirrels, although she never gets within less than a foot or two. By day, Ginger makes her home in my garden, and sleeps away afternoons sprawled out on the patio table, in the scented shadow of a lilac bush. She has stopped running away whenever I open the door, because she knows she’s welcome here. We have made contact a few times.

The author William S. Burroughs in his 1986 book The Cat Inside defines the functional distinction between communication and contact — an important difference that we generally fail to make amongst humans, but identify easily with inter-species connections: “Communication is designed to avoid contact, to maintain a distance across which communication can take place. Contact involves identification with the creature.” All we’re doing is looking for a patch of shade.

The editor of a major British music magazine once asked for my impressions of 1990s electronic music in Canada. “How did jungle and drum and bass translate over here?” was the exact wording of her query. And in that moment, I was acutely reminded of the commonly held international perception that Canada is a consumer rather than a producer of culture, and that, at best, Canadians translate ideas rather than invent them. This is not a nation that makes things; we make them better.

What manner of earthly pleasures is yet to be afforded at the end of history? One of them is surely having a nightclub’s VIP space all to oneself. Away from the smoke and mirrors, and nearer to the mirrors and razor blades. If you want, you can kick up your feet, get cozy and comfortable; you can even control the thermostat if you so choose — although cool is commonly best to retain club freshness — all while calculating the superstar DJ’s apex in sidereal time.

“Knowing me the little you know me now, what am I missing here?” Letterman probes. “What do I need?”

“Well, if you want to learn about the latest cigars, or auto racing statistics,” says Gates, correctly identifying Letterman’s particular passions, “or you could find other people who have the same unusual interests you do.”

A master of comic timing, Letterman waits a moment for the audience to anticipate his ad-lib, then replies: “You mean the troubled loner chat room on the Internet?”

Over the past few years, there has been a growing sense that we are not living the best version of our collective moment. This, I claim, is partly because technology has passed into the wrong nerds’ hands. The earnest vision of people like Gates and other early social technotopians, who just wanted to connect like-minded and unusual individuals together, quickly became the hyper-capitalist algorithmic nightmares of Mark Zuckerberg’s newsfeeds and Daniel Ek’s playlists. Our histories recommend the future to us through filtered and automated routines designed by wannabe billionaires with Asperger’s. Ecosystems of digital innovation that were supposed to liberate us increasingly direct and control our lives. We’ve squandered community and sacrificed discovery for the sake of consistency and predictability.

That’s why it’s encouraging to see the emergence of new collective spaces like 555-5555, an old-school online bulletin board for sharing and discussing new electronic music. It’s the troubled loner chat room I needed on the Internet.