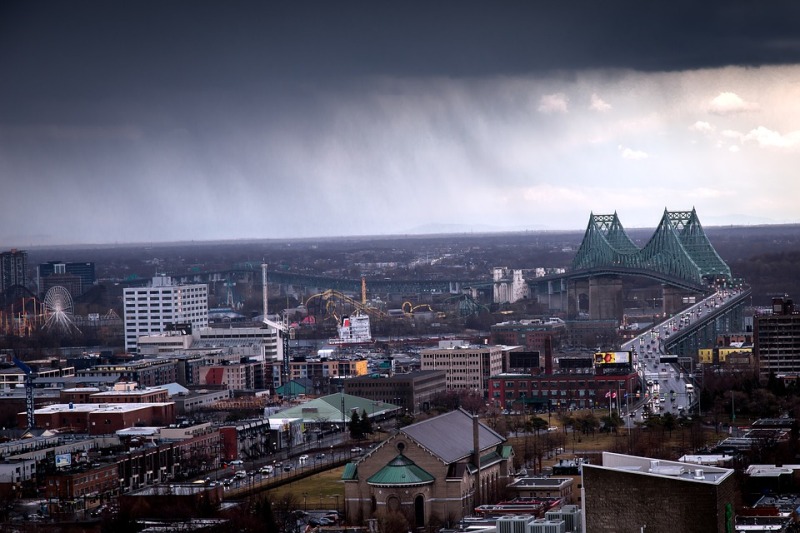 Since the release of the now infamous film An Inconvenient Truth, the world has paid more attention to climate change than ever before. Many saw the film as a call to arms, and took immediate action to reduce their carbon footprint. Others, however, still insist that the film is a hoax. Either way, radical and unexpected climate events are happening globally, regardless of the film being a hoax or not.

The city of Montreal is one of many to be faced with difficult situations, due entirely to unexpected climate events. And, understandably, the city has now started gearing up to face the challenges, and be prepared for the coming climate change predictions. But is Montreal doing enough, or is it a matter of too little, too late?

The existing infrastructure of Montreal was pushed to its absolute limits in recent months. The area was struck by multiple unexpected climate events, some drastic, and some even bordering on outrageous. A snowstorm in March blanketed the city in an unexpected 30 centimetres of snow, catching residents entirely off guard, and bringing streets and transport infrastructure to a standstill.

Snow clearing services were all but brought to their knees with the unanticipated storm, showing clear signs that Montreal was ill equipped to handle sudden climate events. Of course, the mass of snow meant a mass of water would soon follow, and when it did, floods were the not-unexpected result. Dikes gave way to the massive influx of water, and soon after, many citizens were up to their knees.

And if the snow wasn’t enough, Montreal was hit by a major contrasting heat wave, plus a thunderstorm that shook the ground with its ferocity. Tens of thousands were left without power after the thunderstorm, again proving that Montreal was not prepared for the climate change symptoms.

What Does The Future Hold?

Many sombre predictions have been thrown around, regarding the future of Montreal. Most notable is that the area should expect a great deal less snow, more thunderstorms, and major increase in flooding. As a benchmark for overall climate change in the area, by 2050 it is said that the temperature, overall, will increase of one month of summer.

If this wasn’t alarming enough for an area known for its snowfall, another prediction suggests that by 2070, the days of snow seen in the area could be reduced from 73, down to around 45. A truly staggering change, if it is true, and certainly reason for residents to be gearing up for change.

What Is Being Done?

It all seems like a great deal of doom and gloom, especially since short distance migration has been forced in other parts of the world. But it turns out that the people of Montreal are well aware of the risks, and are planning for the inevitable climate change challenges.

In an official report, it was stated that plans are already underway, with major reconnaissance being done on where the most vulnerable parts of Montreal are, and what risks are being faced. These maps have already been created, with the areas most prone to flooding being highlighted.

The risks are being assessed, but there is no official word as to what action, exactly will be taken in the future to avert potential tragedy. What is being suggested is that water retention basins be dug in strategic locations, in order to capture and contain potential flooding. Another potential solution is a 300,000 tree canopy barrier, which also has water capturing and retaining abilities. Which solutions get implemented however, remains to be seen.