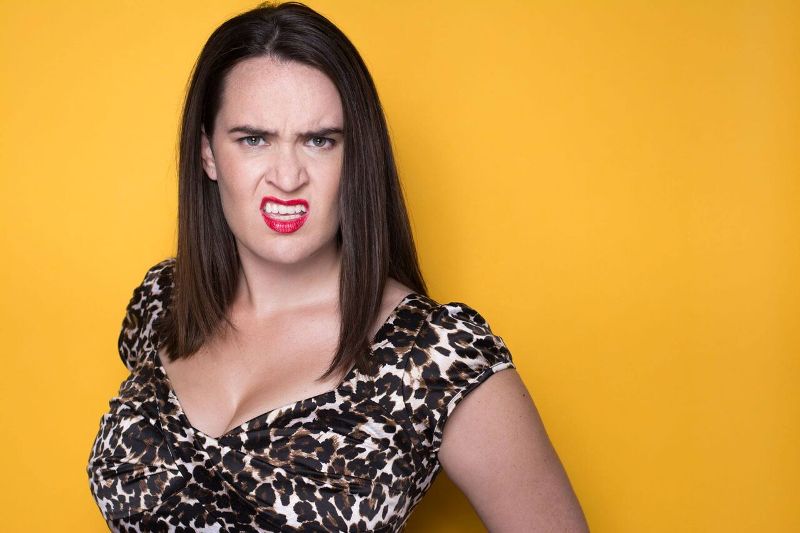 The Montreal Fringe Festival is on!

Until June 17, the Plateau will be teeming with independent, often edgy, sometimes experimental theatre, comedy, dance, music and other types of performance art at various venues. To see our Top 10 festival highlights, look here, and read on for our first batch of reviews of recurring shows that you can catch this weekend and next week:

A one-off production of the local storytelling event, Confabulation’s Annual Fringe Spectacular featured estimable talents rounded out by host Matt Goldberg — whose combination of manic, jittery energy and wholesome dad-ness was as winning as ever.

The beauty of storytelling shows is found in the openness of the storytellers and the relatability of their stories. I never find myself concerned about my Japaneseness, but Maya Hey’s discussion of feeling trapped between two cultures hit home for me, the child of immigrants. So too did Kadi Diop’s desire for straight hair, and feeling ethnically isolated. Ditto for Sydney Hayduk’s suggestion that childhood trauma sits in the body like an anchor.

When Al Lafrance shared his guilt at being on the road during his brother’s battle with cancer, the audience was forced to confront the impossibilities life throws at us; and when BA Markus told a story to literally prove the power of storytelling, we nodded with deep understanding.

I can’t even begin to encapsulate the emotional journey that powerhouse performer Gillian English took us on with her story about star-crossed lovers save to say that over about 12 minutes, she delivered something that felt perfect.

While the Confabulation special won’t be repeated during this Fringe, it afforded a look into the minds, lives, and abilities of its performers. And, as Hayduk (Jellyfish Are Immortal), Lafrance (I Think I’m Dead), Diop (Late Night Kids), and Gillian English (Giant and Angry) are performing in their own Fringe shows, I know at least four shows I want to see. (Dave Jaffer)

Nina, an apparently over-achieving Filipina student, wakes up in the bed of a former skinhead on leave from his job driving métro trains after a suicidal Asian woman splattered herself on his windshield. What could go wrong? Inspired by a real-life tragedy, Lucky also draws on the playwright’s own experiences as a child nurtured by the expectations of her Asian-origin parents. Nina isn’t what she seems, however, and neither is Sylvain, who has kept his tats, he tells her, to remind himself where he came from. Lucky explores the forces that shape identity, self-perception and “positive” stereotypes that can inflict just as much damage as the other kind. There are many layers and surprises here, and the performances of Katharine King and Christian Jadah are intricate, intimate and engaging. Two warnings: the language and violence is at times intense. And the venue is a 12-minute walk from the nearest métro (Laurier), so plan accordingly. (Peter Wheeland) Too Close to the Sun Studio (5445 de Gaspé. #408), June 8, 9, 12, 13, 14, 15, 16, 17, $10

Perennial Fringe favourites Sex T-Rex are back this year with Crime After Crime, a rollicking parody of noir detective fiction featuring the talents of Conor Bradbury, Julian Frid, Kaitlin Morrow and Seann Murray. The Toronto-based veterans of Play of Swords and Wasteland are back at it with another high-energy production that mixes clever word play with imaginative physical and prop comedy as the characters play cops and robbers over six decades in Crime City. This is always a hot ticket, so don’t dawdle. (PW) Mainline Theatre (3997 St-Laurent), June 9, 11, 14, 15, 17, $10

Like a lot of fellow Fringe performers, veteran Nova Scotia-born actress/comedian Gillian English has decided to take on a timely topic this year: the tenser-than-ever dynamic between the sexes in the wake of #MeToo—and, like a lot of fellow humans, when it comes to bad behaviour from abusive men, English is mad as hell and not gonna take it anymore.

It’s tough to turn righteous anger into comedic content without either blunting its force or killing the room’s vibe, but English’s exuberant rapid-fire delivery and natural Maritime affability help to keep the mood light throughout this one-woman show. English employs heartily clever wordplay to share anecdotes and reflections that shaped her life, and mixes in a few fistfuls of eminently useful advice for dealing with unwanted attention, hilariously channeled straight from her no-nonsense man’s man of a dad.

Giant and Angry is a boisterous, empowering and poignant exploration of feminine anger and social expectations that pulls no punches and makes no apologies for its gleeful and cathartic embracing of that highly motivating emotion which—when wielded properly, as English irreverently shows us—can drive the change we’re looking for. (Lisa Sproull) Théâtre Sainte Catherine (264 Ste-Catherine E.), June 8, 9, 13, 14, 15, 16, 17, $10

Dan Rosen’s one-person, true-life, “self-defecating” story of growing up with Crohn’s disease is an excellent example of what the Fringe is in large part about: Artists, emerging or otherwise, taking a chance on something new and scary and deeply personal that they’re maybe still working trough the emotional effects of, inviting audiences to take a similar chance on something that might seem a little niche or that might conflict with whatever show had that year’s killer bit at the Fringe For All, in a very small, semi-hidden venue. In this case, the risk will pay off a little bit more in a couple of days, when Rosen has had a chance to settle into his material a little more (and when, presumably, he will not also have to fight to be heard above the club upstairs and the Grand Prix downstairs). Regardless, it’s worth the risk, and you don’t need to be a Game of Thrones fan to follow it either—just a compassionate human who’s comfortable with literal toilet humour. (Kristi Kouchakji) Montreal Improv (3713 St-Laurent, #202), June 8, 9, 11, 14, 15, 16, $10 (NB: This venue can only be accessed via two flights of stairs)

A riff on a certain CBC radio show whose late host sounded very much like Jimmy Stewart and told a lot of stories about a hapless record store owner, Sex? But I’m Canadian! imagines that record store owner and his wife discovering kink, role play and runaway metaphors, while raising the question of whether “the heart of what it means to be Canadian” is to avoid frank discussions of awkward and difficult things. The re-imagining and retconning of the record store owner’s marital dynamic is really interesting in that it fleshes the characters out a bit beyond the “buffoon and his long-suffering wife” of the original material, and performer Nico Dicecco’s impression of the host is really strong and never once slipped. If you haven’t figured out what radio show this is based on, that’s okay: post-show chatter in the elevator tells me nearly no one in the audience got the meta-joke, but it didn’t stop them from truly enjoying the stories anyhow. If, on the other hand, you know exactly what radio show this is, be warned that it might take a few minutes to get past some initial awkwardness, especially if you’re a generation younger than the radio host in question. (KK) Black Theatre Workshop Studio (3680 Jeanne-Mance), June 9, 10, 12, 14, 16, 17, $10

Songs for a New World Order

Anasti Danelis’s one-person show is mostly very cute and very silly, but not entirely without its problems—I’m not sure where the “very woke” part of the “very woke musical comedian” description offered in the program came from, unless it’s meant to be ironic (there are some questionable treatments of homelessness and intersex folk, and I really suggest not thinking too closely about his description of an alien). The “musical comedian” part of the description is very accurate though, as he is blessed with a lovely voice, really good timing, and an excellent deadpan. This probably deserves a slightly larger, rowdier crowd than the first performance got, but could also stand to be tweaked in those questionable spots mentioned above. (KK)  Black Theatre Workshop Studio (3680 Jeanne-Mance), June 8, 9, 10, 15, 16, 17, $10 (NB: The latter two shows are in a venue only accessible via the slowest elevator in town, give yourself an extra 5 minutes to get there.)