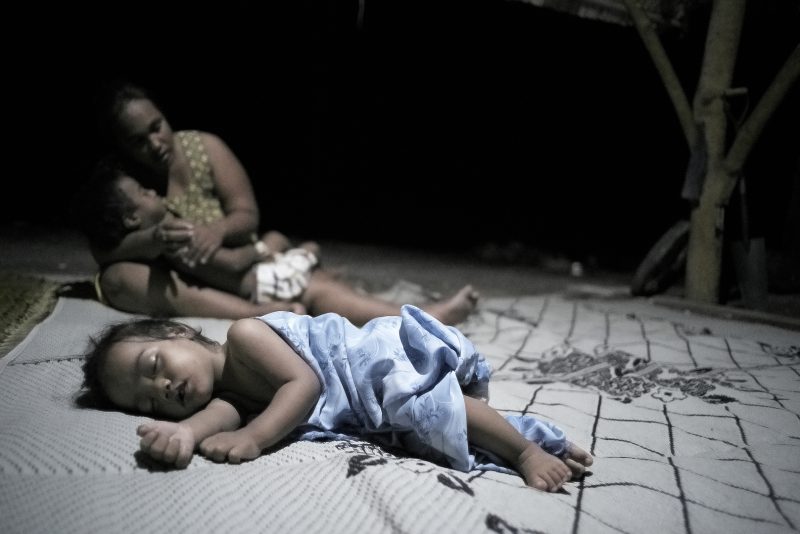 The Republic of Kiribati is situated in the Pacific Ocean, nominally off the coast of Australia (if you’re looking at a map and not paying too much attention to scale) but more or less on its own out there. Some 100,000 people live on its 32 islands and atolls; Kiribati doesn’t have much in the way of tourism or industry and, crucially, it is likely to be entirely submerged in the ocean within our lifetime.

Already constantly flooded, the Republic of Kiribati is so close to ocean level that current global warming predictions place it entirely underwater within the next few decades. That means, of course, that the most likely course of action is mass displacement of its population — but for many inhabitants of Kiribati, that land is sacred, and the nation is so insular and underdeveloped that it seems unlikely that all of its population possesses the means to do exactly that. Anote Tong, Kiribati’s president between 2003 and 2016, launches into a nearly one-man crusade to let the rest of the world know exactly how dire things are for his country.

Montreal filmmaker Matthieu Rytz’s Anote’s Ark follows both Tong and a native I-Kiribati woman, Tiemery, as she’s forced to relocate to New Zealand to find work, leaving her family behind. “I literally looked at the map of the Pacific to find the places most likely to be affected by a rise in sea levels,” says Rytz, when asked about the genesis of setting a documentary in a place that the western world most likely does not even know exists. “I was fascinated the first time I started looking at Kiribati on a map of the world because its territory is about the size of the United States. It’s a huge country, in fact. 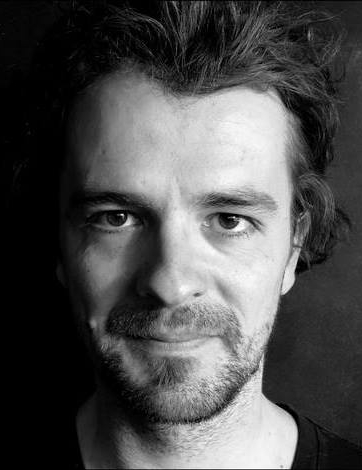 “The first time I went there was for an exhibition for Montréal en Lumière, in fact,” he continues. “It was an installation featuring images on ice walls that we had originally showcased during the festival and during Nuit Blanche. I had gone there with the support of Quartier des spectacles and the city of Montreal, and that’s where I first met Anote Tong. I was completely fascinated by this incredible challenge he was facing as a head of state, knowing that in as little as 50 years, their country would be gone. What mission could be more important than a statesman finding himself without a state? I started chatting with him and his government to see if they would give me access to make a feature documentary. It became a four-year odyssey across the world, following the president around.”

The very remote nature of Kiribati and its limited infrastructure proved to be a challenge for Rytz. “It really wasn’t so complicated to get there,” says Rytz. “It takes a long time, but there are two direct flights a week out of Fiji to Kiribati. It’s accessible. The problem isn’t so much getting there, it’s that once you get there, there are no infrastructures. Absolutely none. No hotels, no tourism to speak of, no stores. What makes it more complicated is that you have to make absolutely sure you have every single thing you may need before you leave. It happened at some point that I was missing a battery — just a regular, square, 9V battery — which are really standard everywhere else in the world. I had to get it shipped express by DHL and it took 15 days!”

Anote’s Ark puts a pretty tangible face on global warming, far from the disaster-movie cataclysms we tend to jump to. “What we don’t realize is that people may not die, but they will lose their lands,” Rytz explains. “I was born in Switzerland, but when I moved to Quebe I knew that my country would stay there. Imagine that 50 years from now, the entire population of Quebec, down to your grandkids, has to go and live elsewhere and Quebec sinks into the sea forever. It’s hard to wrap your head around. That’s what climate change will do. Everyone will be affected, some people will die, but it will most importantly create enormous migratory patterns as territories disappear. You don’t have to look as far as Kiribati; lots of places on the banks of the St-Laurent will be submerged.

“Of course, my film doesn’t tell the most tragic of stories — it’s not a film about Syria, or a film about a death toll in the hundreds of thousands, but we have to ask ourselves what kind of world we want to live in. Our choices — namely, the choices we make in terms of consumption — will have a direct influence on land. Kiribati will become the entire world. The film shows something that’s very localized, but it will happen all over the world.”

Tong’s attitude throughout the film remains that it’s more or less too late for Kiribati. His efforts are a warning rather than a rescue mission, which is a recurring theme in many works about global warming. “In certain situations, like the one in the film, it’s already too late,” says Rytz. “Even if we stopped all emissions today, there is already enough carbon dioxide in the air to ensure that the process will continue. Scientists have been talking about the tipping point for years — the point at which carbon dioxide emissions will be so large that there’s no going back. We passed that nearly two years ago. That means that if every human being disappeared off the face of the Earth tomorrow morning, there would still be enough gas to ensure that whatever changes could occur will occur undisturbed. That’s one problem. The other problem is that the population of the world isn’t getting smaller. All of these new people on the Earth, they’ll consume more, buy more cars and so on. It’s not showing any sign of getting better, and any alternative power source that we’ve developed also has a huge environmental impact. So we’re not out of the park.”  ■