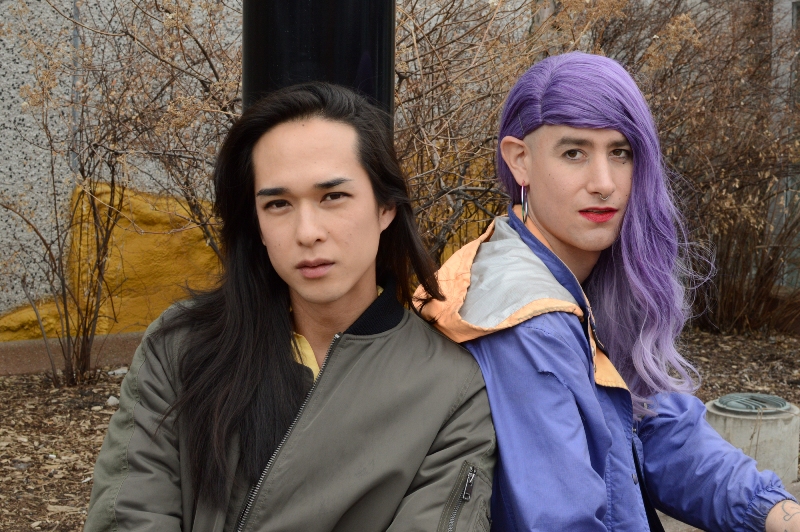 You might recall having seen the name Taking What We Need on the Facebook event you were interested in, or on an event poster plastered somewhere in the city, but what you might not know is that this Montreal-based collective has been supporting and growing the local transfeminine community through their fundraising parties for the last three years.

Core members Estelle Davis, Lenore Claire Herrem, musician and performance artist Ellise Barbara and long-time collaborator Bamboo Hermann started the project where the titular sentiment leaves off: taking what they needed by finding ways to help themselves and others navigate the social and financial barriers of being a transfeminine person in Montreal.

“It started because we had all just recently come out and we were looking into basic, trans-related procedures and started to realize that a lot of them were not covered,” says Davis. “One of the ones I was looking at specifically was laser hair removal and it was so expensive, so we had this idea at first to buy a communal laser hair removal machine and have it around for whoever to use for free.”

Taking What We Need hosted their first event in the summer of 2015, a fundraiser-rave that exceeded expectations. “It went really well so then we were like, why don’t we keep throwing these fundraisers? And instead of buying this machine we’ll just give the money out to trans-feminine people who need it,” Davis says. They set an initial goal to raise and give out $700 to one person, which is the approximate cost for a facial hair removal treatment. Almost three years of fundraising and partying later and the collective has been able to financially support upwards of 40 transfeminine people in the Montreal area.

“It’s a vulnerable and private thing, to be broke and need the money, that’s why the application is very discreet,” Herrem explains. “You are allowed to explain your situation if you’d like, and we take your name, your contact information. We take the next person on the list and a random draw every month, then we meet with the applicants and they get the money.” With an average of 35 applicants on the waiting list at all times, it goes to show that the need for support is significant. “Nobody has to justify anything,” Davis adds, “we’re just doing it to help each other, and we don’t expect anything back. It’s basically like anti-bureaucracy. All of these other social services are so bureaucratic and invasive, and we just wanted to do something different.”

Davis says they were inspired by City Bar, a long-time ‘hub’ for the local trans community in the Village before it closed its doors in 2012. “That kind of space just hasn’t existed in the city for a really long time and when it did exist, it wasn’t by and for — it wasn’t run by transwomen.” Davis admits it can be intimidating to navigate the local queer communities without have a physical space for transfeminine people to gravitate to. “I remember coming out around that time and I didn’t really know anyone until meeting Lenore and Elle,” she says. “When you meet someone you can relate to, that gave me a lot of courage.” The group felt they needed to fill the gap and opted to create their own space to be seen and heard. “I think visibility without power is very empty,” says Davis, recalling how the collective found power in numbers. “When our visibility is owned by us [the trans community] and we’re telling our own stories, it’s empowering.” 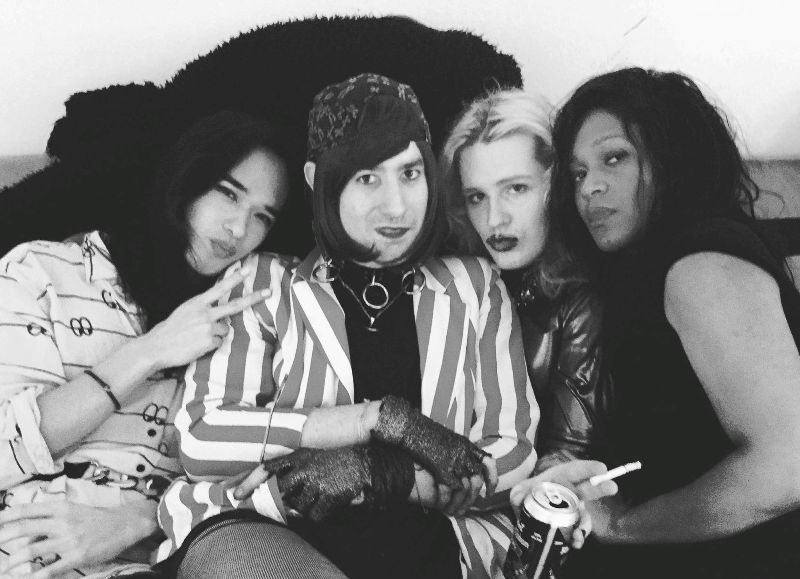 In the almost three years Taking What We Need has been bringing people together, Davis has observed much change in the local trans community. “Now there are so many trans people coming together, organizing, supporting each other and talking about our realities, it’s very present, and I didn’t see that happening before,” she said. Herrem adds that the group itself has changed, too: “There was a moment where we decided to try to get away from being those people who just threw parties, and organize hangouts, too,” she said. “So we’d all show up at the public pool in the summer and hang out as a bunch of transfeminine people and be more comfortable with each other. I feel like that really grew our community.”

Casual hangouts aside, the events aren’t you average car wash, bake sale-type fundraisers; Taking What We Need is known for their memorable events. “We’re always trying to do exciting things,” says Davis. “We want to contribute to queer and trans culture in the city by doing events that are unique.” They’ve hosted dance parties, film screenings, music shows and more, a crowd favourite being the stand-up comedy night. “Our first one was so successful,” says Herrem. “What was exciting is that we got so many people on stage who are a part of a community, and who wouldn’t normally get up and do stand-up comedy.” She said it was the sense of community that made the event so special. “It wasn’t just a regular stand-up comedy show crowd, it was our friends and people that wanted to support the low-income transfeminine community in Montreal.”

Transamour, a dating night for transfeminine and transamorous people, is one that stands out for Davis. “One thing that’s cool about that night is that it’s for the girls, so it’s actually bringing out a lot of transfeminine people who wouldn’t necessarily come to our other fundraisers,” she said. “It’s great place to meet people romantically, or in any other way,” Herrem adds. “The stigma around transamorous communities is sad, so we’re trying to normalize it by creating a space where they can meet people.” It was such a success that event has been revived four times, with more to come in future.

They describe their newest project, Grind’her, as an “evening of unabashed queer revellery for all frizzled freaks who share an affinity for lesbian experience, practice or history.” According to the event page, this “first *attempt* at building a consensual, empowering and ultimately hot cruising space outside the village for dykes, queers and queens” is coming up this weekend.

Though Taking What We Need is completely run on a volunteer basis, the support of the community and the ongoing financial need is what keeps the collective going strong with plans for further growth. “We’re reaching out way beyond the queer community, way beyond Montreal. People drive from other cities to come,” says Davis. “As the laws around sex work get harsher and more and more trans spaces in the city are closing down, this seems like a pretty valuable thing.” She says having trans-related issues entering mainstream conversation is a step in the right direction, but the work can’t end there. “Visibility doesn’t mean things are getting better,” she says. “If anything, Taking What We Need proves that there is still so much to be done.” ■