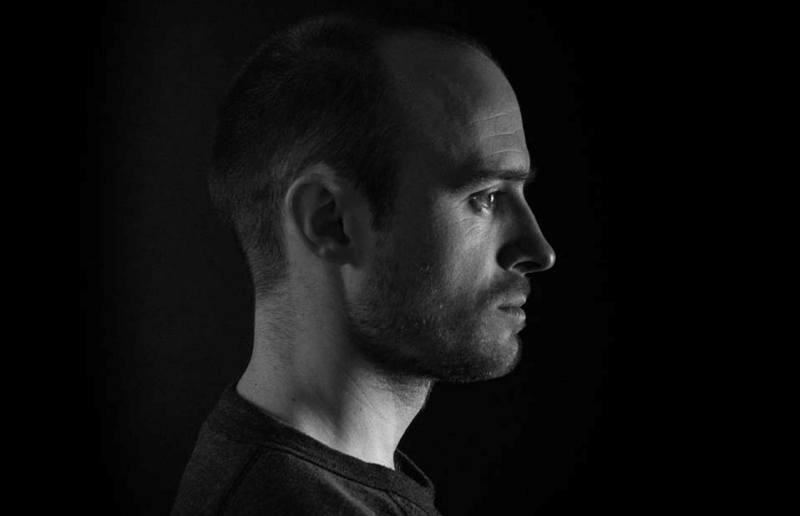 Ever the perfectionist, local producer, drummer and synth specialist (and highly respected CKUT DJ, if Cult MTL‘s Best of MTL readers poll is any indication) Nick Schofield decided to take his first work under his own name in a different direction. A full blown ambient album, Water Sine is a delicate collection of late night jams on a Yamaha PSS 270 synth equipped with reverb pedal and a digital approximation of a four-track that Schofield found at a local street sale.

Whereas his contributions to Best Fern and Saxsyndrum see him editing and mixing on a micro level, Schofield’s solo material is large brush strokes that ooze for six- to eight-minute stands with some light, environmental-music-inspired field recordings to add a deeper texture to the mix.

We spoke about where this project came from and where it sits in the context of his numerous musical projects:

Donovan Burtan: A lot of people know you around the scene — you’ve served as a different facet of a lot of different groups, whether it be drummer in Saxsyndrum, re-arranger in Rêves Sonores, dream pop songwriter with Best Fern. So I wonder, was there any process behind coming out under your own name? Were you thinking about what you wanted to sound like there or was it a natural progression?

Nick Schofield: It is the first time I’ve ever released something under my own name and it did feel like this was very authentic, like what I would want to listen to in my own time and kind of what I thought was true for myself in many ways.

Also, going under my own name, it kind of felt like I was hearkening to the idea of what I grew up around. My mom worked for the National Gallery of Canada and I would go and see painters and all these visual artists who always went under their own name and I had this reverence for artists who use their own name. I felt like at this point in my life, this music I was making, it was what I felt was most true to me and what I would hang on the wall of the gallery, musically speaking.

DB: There’s certainly some commonalities. I would say the electronic aesthetic through most of your projects has some consistency. Would you say there are certain things you point to and say, “This is from this part of my musical life?”

NS: Yeah, across all the projects I think if you could go in and solo certain synth tracks, they would probably sound a lot like Water Sine, but I did take a purposefully different approach, specifically trying to have a fluid work flow. This album was about limitations; I used a four-track recorder to create certain kind of production limitations.

Being familiar with Pro-Tools and Ableton, I can get really deep into editing and the sound design of working on music, but I wanted to work on something where I didn’t have as much option to edit it afterwards and what I put down was what stayed there. Bringing it back to painting reference, it would be less like digital graphic design and more like once you put paint on a canvas.

DB:  I think with ambient music it’s really important that the thing breathes, so a lot of editing could maybe make the project kind of stuffy.

NS: I didn’t want to overthink it. All the music was at the tip of my fingertips and I never had to consider, “Oh I’ll go back and EQ that.” Everything was just one synth, one pedal, recorded straight in, overdubbed a few times and that was it.

Then I was on a small trip to a friend’s cottage in Coe Hill and we went for a nature walk and came across this stream. I had my portable recorder with me and I just got a field recording of the stream. Back at his cottage, I was playing him some of the Water Sine synth material and then thought, let’s try layering in that field recording I just did and he said: “maybe you just do this for everything.” That’s what helped finalize the entire project — all of this watery music should have field recordings of water, rain, streams.

DB: I wanted to ask about that, I feel like the stream sample sort of gives it a momentum.  I guess in ambient music, rhythm is a very different thing. It’s almost like there isn’t rhythm, rather momentum. I wonder if your perspective as a drummer at all comes into play.

NS: Funny you ask. My approach to keyboards and this project in general is the antithesis to my background as a drummer because I want it to be quiet and soft and not percussive at all, very flowing. So what I actually like about the water sample is that it’s so stochastic and random. It has nothing predictable rhythmically. In some ways it’s like the polar opposite of drumming so I wanted to try something at the other end of the spectrum.

DB: Another part of the nature sampling is texture, I think. Do you think in the limitation of using a synth and reverb pedal it could be a bit too airy? Do you think the sampling gives it a different depth?

NS: I have two thoughts on this. One is that before the 21st century, music was really segregated into rhythm and melody and it’s only in the 21st century that, through recordings for the most part, that texture became really important and as a producer I care a lot about texture and the sound design of recorded music.

Another secondary thought is being tipped off to what has been coined as “environmental music,” popularized through YouTube algorithms of Hiroshi Yoshimura, Susumu Yokota and just a lot of minimal Japanese ambient music that uses field recordings and just hearing that combination of often one synth and nature field recordings. That was something that made me think, “Oh that is something that I’m drawn towards, I’m going to try incorporating this into my work flow as well.”

DB: You just mentioned working as a producer and mixing rather than working as a very direct collaborator or as an instrumentalist. I wonder how production changes your approach to sound.

Nick: I actually only ever clued in to the role of a producer once I started getting into Daniel Lanois and just becoming totally fascinated with his career. He became my biggest inspiration over the past few years and he has this idea of the studio as an instrument and I started to think about that more and more.

Working very reactively to what I have around me, what does this music call for, and in Water Sine I knew that I wanted to maintain the utmost simplicity, but in every other project it’s always about reacting and there’s a lot of trial and error and you just have to lose the ego and be willing to relinquish things that aren’t working and maintain what is going to serve the music.

DB: What does adapting this for the live setting mean for you for this project?

NS: For a while I didn’t think that this music should be translated live. The only presentation that it’s had publicly so far was at a Never Apart meditation practice series. Most people do some sort of live performance element in these sessions; I just proposed that I’m going to play the album because that is what it is — the music is the produced version. Trying to step between the music and people’s perception of it, it felt like there was this ego that would get in the way.

Slowly, as some concert dates are coming up, I first thought I would make an entirely new set with my Moog Prodigy and not even play Water Sine stuff live, but then I was jamming along to the album one night and realized, “Oh I can play this piece,” “I can put this field recording on my sampler” and kind of do an approximation. So, I think I’m actually going to try, but I don’t have this expectation of it being a mirror image of the album at all. ■