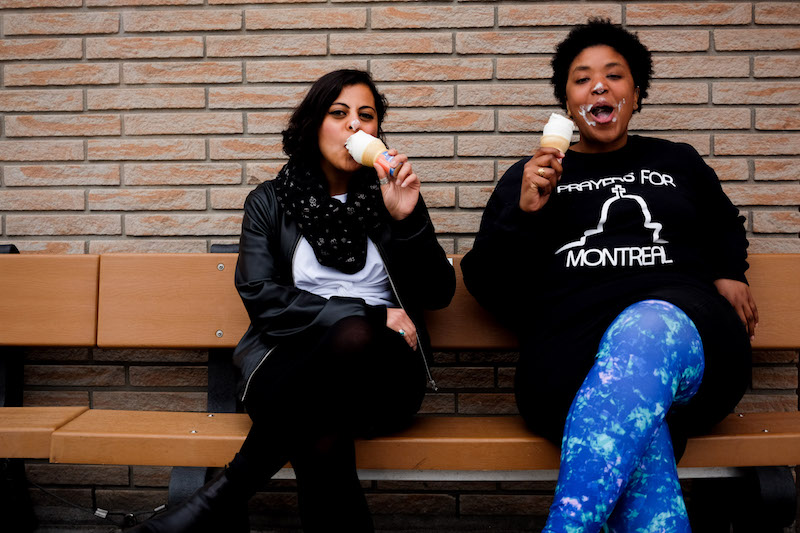 As Montreal’s funniest folks gear up for the 13th annual edition of Montreal Sketchfest, during which over 60 sketch comedy troupes from Montreal, Toronto, New York, Seattle, Philly, Winnipeg and beyond will be descending on the city from May 3–12 with their arsenals packed with grade-A gags, a seriously cool trend has been emerging across the city’s stages: indie comedy line-ups are becoming more inclusive and diverse than ever before.

For Sketchfest organizers Erin Hall, Deirdre Trudeau and Rena Taylor, making the effort to build a line-up that would be both hilarious and inclusive was a no-brainer.

“We made a particular effort this year to program in a way that was not favouring all-white dude troupes,” Hall explains. “Not that there aren’t a million great ones, but it’s nice to be able to hear from everybody.”

“Sketch is an art form,” adds Taylor, “and we rely on art to expand people’s perception of the world and gain a new understanding. The more that we can program people that will enable that, it’s just a strong point for a presentation platform and luckily we have the troupes who can do that.” 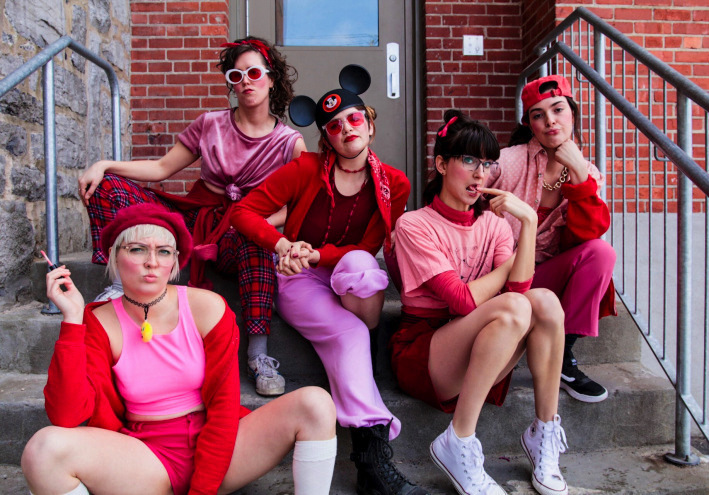 Fest organizers hope that a new Respect Statement, added to the program for the first time this year, will help set the tone for the festival to be a welcoming and fun place for everyone.

“There’s a social shift that’s happening and we’re acknowledging these changes that need to be made,” says Taylor. “The comedy community in general has come under a lot of scrutiny and organizations should be demonstrating their plans to move into this new age of mutual respect and really demonstrate that that’s important to them.”

“It’s no longer something we can assume just goes without saying,” agrees associate director Deirdre Trudeau (whose own sketch troupe Hot Raw Fire will perform on Saturday, May 12 at 8 p.m. at Théâtre Sainte Catherine). “Just have fun with it, have a laugh and take the piss out of a bunch of stuff, and punch up! I love seeing people punch up. People punching down is the worst.” 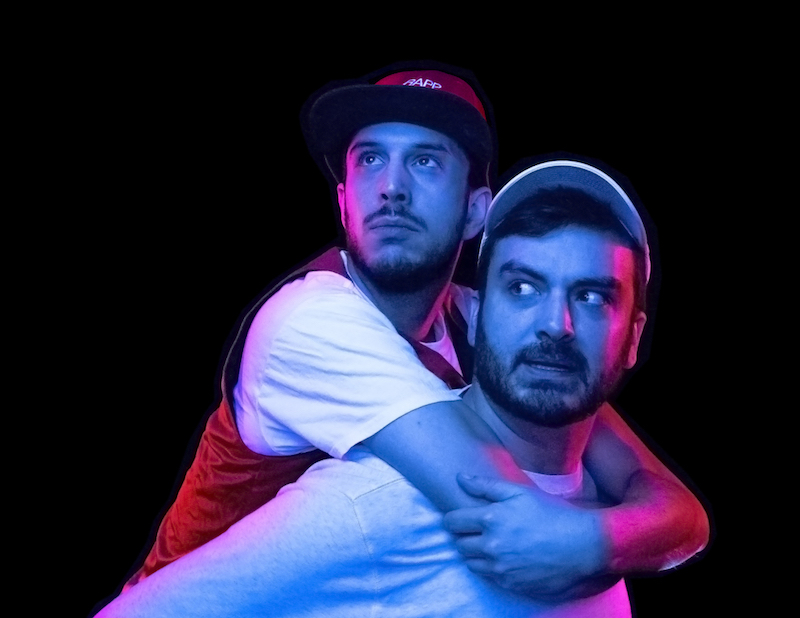 Meleika and Diop (who will be performing during Sketchfest as Inside Scoop at Montreal Improv on Friday, May 11 at 10 p.m.  with New York’s Math, Science & the Humanities and Toronto’s Xave Ruth) know firsthand the value of representation on venue stages.

“Just seeing faces that look like yours on stage really makes a difference and makes you feel like there’s a place where you belong,” says Meleika. “When I joined Montreal Improv, there was a performer named Sehar Manji there, and because I saw her on stage I felt like there was room for me.” [Sehar Manji’s sketch troupe Big Mall will perform on May 11 at 8 p.m. at Montreal Improv.]

Once on stage, the pair draw from real life and personal experience to build their jokes.

“We go through what’s funny for us,” says Diop. “We’re complex people just like everyone, so we try to base ourselves in our own reality. We talk about being total nerds to coming from overbearing families to obsessions with food — whatever makes us chuckle. I really love the fact that these are things that people have seen and have gone, ‘Oh! This is incredibly relatable,’ regardless of our backgrounds.”

Meleika adds that, “The more we delight in each other and encourage each other, the more we reach that funny place. When the audience can see that we’re really enjoying the comedy that we’re producing, we’re able to have that experience with the audience too.”

In addition to their own show with Inside Scoop, Meleika and Diop will join an ensemble cast of Montreal and Toronto players at Théâtre Sainte Catherine on Sunday, May 6 at 7 p.m. for the Sketch Republic’s show — designed like a newscast hosted by premier Canadian comedy writers Emma Overton and Nelu Handa, both of whom create content for The Beaverton among other credits.

According to Handa, who also produces Toronto’s monthly YAS KWEEN showcase of comedy by women of colour, the TV news format offers a chance to indulge in satire about current affairs without necessarily reproducing the day’s real news headlines.

“For a lot of us, the world feels like it’s satire right now,” she says. “You see a lot of people being quite uncharacteristic of what you expect authority figures to be — and the greatest asset of comedy is just exposing the truth about something. Comedy serves a very good purpose in helping to dismantle those things that many of us deal with on a day-to-day basis and that are part of our societal hardwiring. It helps us to see where we should be going versus where we are.” ■