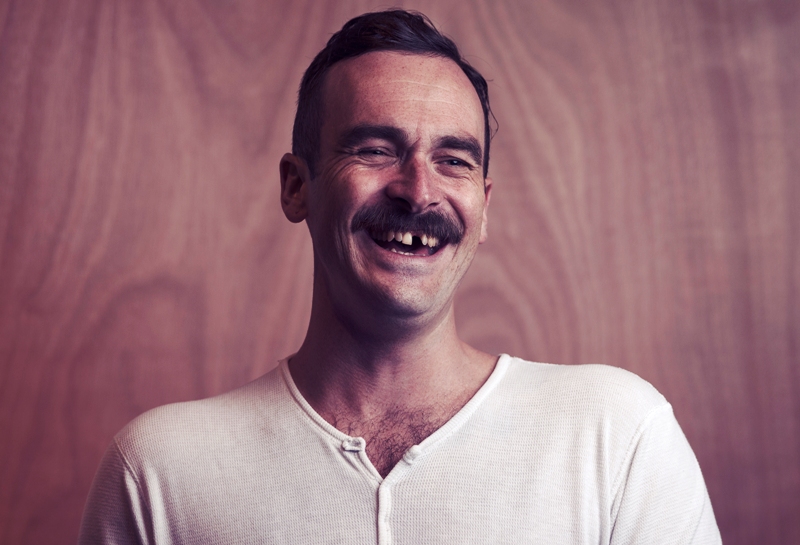 A picture is said to be worth a thousand words, but some of Dave “Mr. Sign” Arnold’s pictures have recently been worth a thousand outcries — give or take. In his long-awaited return to the gallery scene, Arnold is presenting his collection Teenage Nudes at Mainline Gallery from May 25 to 27 — and with a name like Teenage Nudes, it is quickly grabbing people’s attention. A pop art inspired extravaganza, Teenage Nudes reimagines classic childhood iconography (drawing mainly from the forever beloved Archie comics series) as stripped down (literally) in a way that brings together childhood memorabilia with the mature aesthetic of adulthood.

Even though this is the first time this show is being presented, this concept has been decades in the making, perhaps first being explored when Arnold’s brother discovered that tracing only the outline of Betty and Veronica’s bikini clad forms was an easy and efficient way to imagine them in the nude. The idea for this show predates Arnold’s success as Mr. Sign, a pseudonym that is inspired by his career that “runaway trained” him into making signs for such respected Montreal businesses as Joe Beef, Mandy’s Salads, Nora Gray, Molson and Cirque du Soleil. This show is very much centred on the concept of return, not only to childhood innocence but, as Arnold explains, to his “own concepts, creations and [his] own approval.”

Dave Arnold: Yeah, increasingly so actually. My wife and I have two little boys of our own, they are one and three. So for about the last three-and-a-half, four years I have been thinking a lot more about childhood and the way kids grow up — the things that they are exposed to and the things they are not exposed to. It’s been really fun to return to the things that I used to think about when I was a kid and haven’t thought about for decades, and especially this show that I haven’t thought about for nearly a decade since becoming Mr. Sign. It’s been nine years since I thought of this, and it has been really fun to return to all these old influences, ideas and other old things that have largely shaped me and who I am today.

KB: This show is obviously very different from a lot of other projects that have taken things from childhood and revamped them for modern purposes, but when speaking about Archie comics nowadays you have to mention the show Riverdale’s reinterpretation of it. Why do you think there seems to be this consistent need to bring back characters and stories from the past and reinterpret them in ways that are often a little darker, sexier and more mature than the original source material originally intended?

DA: That is a very good question, I hadn’t really thought about that. In my mind, it comes back to the true meaning of artistic expression, which is using yourself, the artist, as that filter that takes any source of inspiration — whether it be a comic book or anything like that — and filters it through your perception, which creates a work of art out of it. It’s strange that you mention the idea of not necessarily adding a darker twist, but a grown-up twist. In this case I guess it is because I am grown up now, and I am looking at all these images through the eyes of a 37-year-old man, so just by definition it will have to be a different interpretation.

KB: So, when visiting this exhibit, is there any one thing you want people to walk away with? Not that you can necessarily direct people’s experiences, but did you approach this show with an intention that you wanted people to take home with them?

DA: Originally no, but over the past couple weeks as more promotional material has begun to trickle out, there has been a surprising — not huge — but some backlash coming from a community of people who are saying, “What the hell are you doing having a show called Teenage Nudes? This is pornography, this is promoting pedophilia,” etc etc. All these insane claims are essentially saying, “How could you be doing this?” So originally the show had no real intention besides me showing off some images that I find fascinating, but now there is an interesting chunk of my brain being fired up that is thinking it seems to be the case that these days, there seems to be an urge to make things dark that are not so dark to begin with. This nearly comes back to the thing you mentioned about Riverdale, taking this nice comic book about teenagers having fun and turning it into this dark soap opera. That is what’s happening with the response to this show, they are taking the word “teenage” and understanding that as “underage” and then taking the word “nudes” and then translating that into “deviant sex.” These words have a pretty broad meaning and all they are doing is focusing in on the darkest possible interpretation of them. So, at this point, I think the takeaway from the show is that there exists a way to appreciate the female form, the human form, without it being perverted, hypersexualized or dark. Even as a guy who knows very little about art history, I am pretty sure the two more popular things to reproduce are depictions of nature, and the human form — this isn’t anything new.

KB: One last important question for you, possibly the most important: are you team Betty or Veronica?

DA: This is the thing, in this bizarre fantasy land of Riverdale Archie never had to choose, he was able to date both of them and everyone was happy with that arrangement (laughs). But that is often the question, “Which team are you on?” And I think it depends if you are looking for a long-term relationship and a marriage, and if you are I would say Betty. I was always team Betty. ■