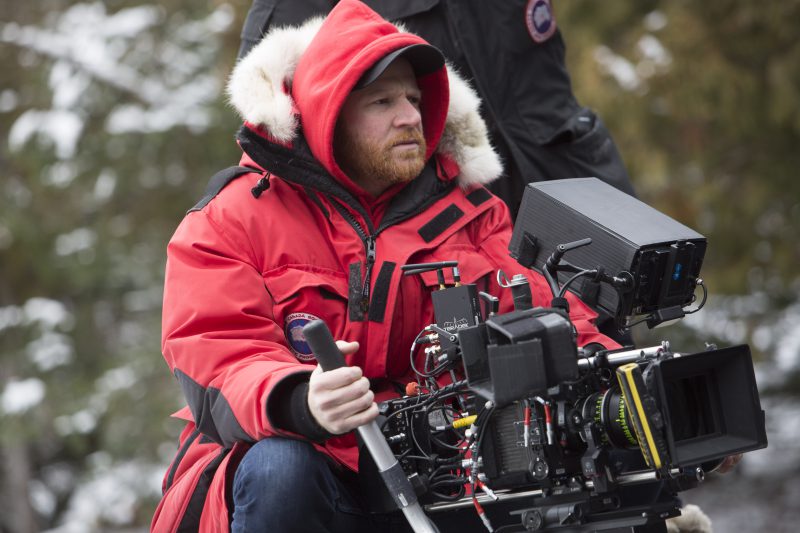 In Emanuel Hoss-Desmarais’s Birthmarked, Toni Collette and Matthew Goode play a couple of scientists who accept a ground-breaking experiment from an eccentric financier (Michael Smiley): using two adopted children and their own soon-to-be-born child, they will finally put an end to the nature vs. nurture debate. The idea is to raise children in direct opposition from their genetic predispositions: their adoptive daughter, from a family of simpletons, will be raised as an intellectual; their adoptive son, whose birth family is violent and compulsive, will be raised as peaceful and soft; their son, against all their impulses, will be raised as an artist. The family lives in a big house in the country and have minimal interaction with the outside world, choosing instead to have a live-in tutor and caretaker (played by Andreas Apergis) in order to better manage the study’s environment.

“When we started writing the project and were interested in exploring how our own parents had brought us up, we wanted to explore the idea that maybe there was a plan — or not — to our whole upbringing,” says Hoss-Desmarais, who conceived the story with Marc Tulin, who gets sole credit for the screenplay. “I was dating a shrink, which I still am, and Marc had just finished his bachelor’s in biology. He had become very interested in the publish-or-perish world of great universities. You have to innovate — you have to keep finding something strong in order to stay alive. You have to keep feeding your family! There’s a desire to discover something important, becoming famous and leaving a mark. We thought it was interesting to observe that world and see how it was taking over the way people were thinking.”

Hoss-Desmarais brings up Project Nim as an influence on Birthmarked. James Marsh’s 2011 documentary chronicled the story of Nim Chimpsky, a chimpanzee that was raised within a “traditional” family in the 1970s, communicating with its “parents” and “siblings” in ASL. “That was a film that had marked me in terms of how crazy in terms of ethics we were willing to go, and not so long ago,” says Hoss-Desmarais. “It’s crazy how far the pendulum would swing every decade or so. What we believe — and what I believe — today is really very different. But that film really left a mark on me in how a great university was willing to go that far to prove that they could raise an ape as if it were a human child, and how willing they were to cross the line.

“That’s how we ended up with characters who are really just obsessed with what science believed at that time. We would believe that nurture was the strongest thing and that we could really raise a child in what we thought was the best way and we could help the child unlock itself from its genetic ‘prison’ and give them a voice and a chance. These characters aren’t mean-spirited; it’s really what they believe. It’s also a debate — a debate between science and religion that lives on to this day.”

Birthmarked is Hoss-Desmarais’s second narrative feature. Like the first, Whitewash, it is a Quebec-shot and Quebec-funded film (actually, a co-production with Ireland, to be more specific) that’s in English and toplined with international stars. “It’s an English-language film that aspires to have international sales and it’s a co-production with Ireland, so in order to fulfill those rules, get pre-sales and so on…” says Hoss-Desmarais. “Yes, the idea was to have some names that would get it some recognition when it was sold abroad. Being with the Irish, we were able to cast international actors. Matthew was offered by the Irish side, and Toni — who’s Australian but lives in L.A. now — could also help the film be seen. I was lucky that they accepted immediately after getting the script.” 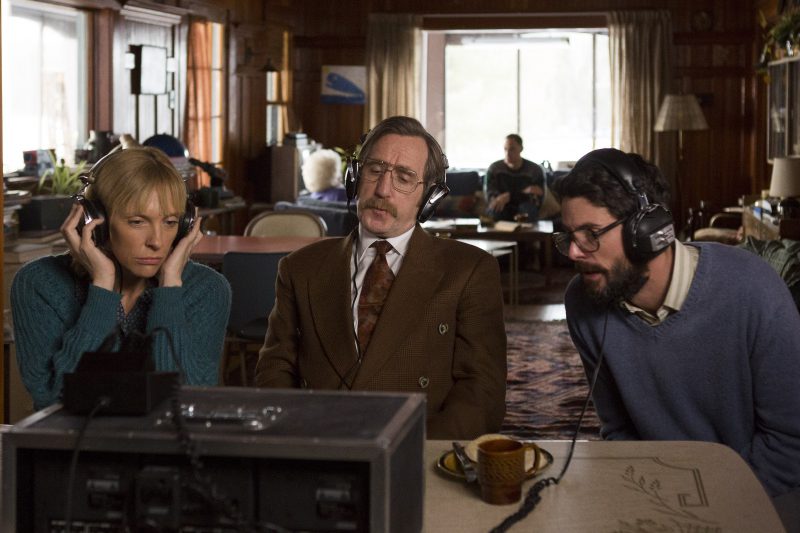 Getting actors of that caliber, however, also means some concessions. “They were only available in December and January,” he says. “It was originally written as a summer film. Imagine the same film, but imagine kids running off docks and falling into the water of a lake in slow-motion, instead of a pool! (laughs) Imagine it as a lazy summer film. But ultimately it was, ‘If you want these actors, you have to shoot it in winter.’ Our jaws dropped, but we soon realized that it actually made for a more interesting setting. Winter can have a claustrophobic feeling and a bigger sense of isolation, which was sort of the idea in the first place. Even if they were trying to raise their family in a loving way, they were doing it in a secluded way. I think the winter does help that.”

With its 1970s setting, eclectic soundtrack and literary voiceover narration (by Fionnula Flanagan, who plays Smiley’s character’s assistant), Birthmarked will inevitably draw sharp comparisons to the films of Wes Anderson. It’s something that Hoss-Desmarais realized early on and decided to run with; in one sequence, the kids put on a play that turns out to be adapted from a Penthouse forum letter. As Collette’s character freaks out for the reasons you’d expect, Goode’s character makes sure to feign that his displeasure stems from the use of voiceover, which he deems to be a crutch — a not-so-subtle dig from the filmmakers to their own film.

“Oh yeah, we’re definitely laughing at ourselves! (laughs) It was part of the charm of the film,” says Hoss-Desmarais. “Fionnula Flanagan has such a beautiful voice, and it was our intention to sort of envelop the film in this motherly voice. But obviously, doing so, we realized that it’s a crutch as any screenwriting course will tell you. ‘No, no! That’s for Scorsese and Wes Anderson — they can do that, but you can’t!’ The comparisons are inevitable, but that’s fine by me — I’m a great fan of Wes Anderson’s! We realized that we liked the fact that we had the narration even though it’s a weaker way to tell the story. We just had to laugh at ourselves.” ■

Birthmarked opens in theatres on Friday, May 25. Watch the trailer here: