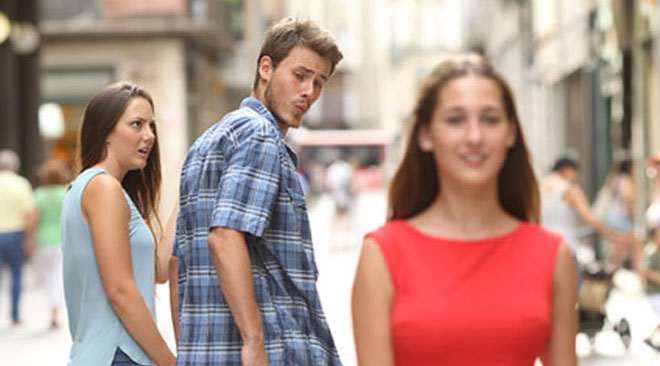 After a seemingly endless stretch of cold weather, Montrealers are welcoming this week’s long-awaited sunshine with unbridled joy and a harsh, judgmental eye on hussies.

This year’s winter, which saddled Quebecers with snow as recently as last week, left many locals feeling hopeless as they gazed from their windows at slick sidewalks, bare gardens and fully jacketed women. Kathy, a Westmount resident, expressed her dismay when she realized spring wasn’t coming early this year.

“Usually by mid-April I’m spending most of the time in the yard, loudly commenting to my dog on the fit and cut of schoolgirls’ jeans,” said Kathy. “But this year I had to resort to trolling Facebook ads for the Gap,” she went on. “I’m a creative woman but there’s only so much one can say about a young lady in a full-length Canada Goose coat.”

Kathy says she was relieved to see the sun finally make an appearance this week.

“It was exhilarating after all those months to open my door Sunday morning and see my neighbour Tara wearing a fitted v-neck,” said Kathy. “I spent a long time just soaking in the warmth as I peered at her, unblinking, over the rim of my glasses,” she continued. “It truly does a body good to enjoy the fresh air in a pair of sturdy, respectable slacks.”

“Honestly, I was getting really tired of standing huddled in a group trying to keep warm while we waited to get into Tokyo,” said one of the Daves. “Now that it’s warm, we can stand huddled in a group by choice as we openly rate the cleavage of women walking alone,” he explained.

“We’ve tried reducing women to their outfits in the winter but truthfully it’s like, your heart’s not in it,” he explained. “Like, if you yell ‘I’d like to see what’s under that vest’ to a woman, she’s probably just going to think you like her sweater,” he went on. “Whereas if you see a woman in a miniskirt, you can say things like ‘How much?’ or inquire as to where she’s going with that ass or just repeat the word ‘baby’ over and over again,” he continued. “I just love when conventionally attractive women who aren’t my girlfriend can finally show off skin.”

Martha, a self-identified life coach, would prefer to fast forward straight to summer.

“Spring is fine, I guess, but July and August are absolutely the best months in Montreal for providing unsolicited fashion tips to plus-sized women,” said Martha. “I just love meeting a confident woman who enjoys her body and instantly explaining the concept of ruching,” she went on. “Even in the winter I generally try and always guide the conversation to one-piece bathing suits,” she remarked. “As a little bonus sometimes I’ll also just explain vegetables.”

At press time, women sporting headscarves reported a comment rate consistent with that of summer, fall and winter. ■