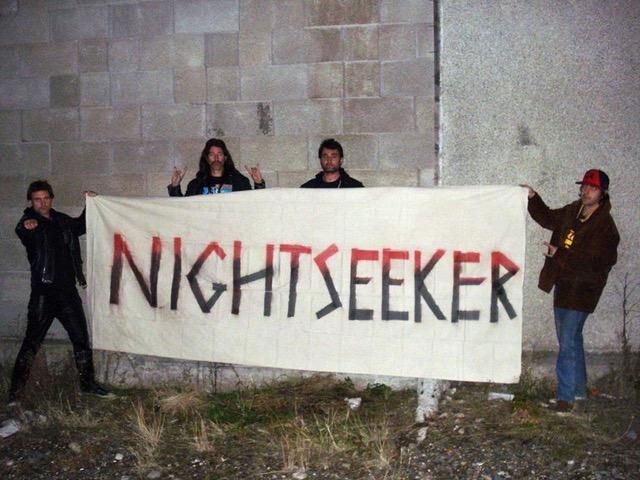 FUBAR may not be part of the Marvel Cinematic Universe, but with two movies, a TV show and now a very real album by Nightseeker — the band led by its main character Dean Murdoch (played by Paul Spence) — it has become a bona fide Canadian franchise. Maintaining a high bar for mockumentary comedy since the first FUBAR film in 2002 (through the sequel in 2010 and the recent Viceland TV series), FUBAR will surely be back on the big or small screen soon, but until then, Murdoch is showcasing his fantastic high notes (the result of losing both testicles to cancer) on Nightseeker’s 3069: A Space-Rock Sex Odyssey (Royal Mountain Records), to be launched with shows in Montreal and Toronto this week.

You can listen to the album and see show info below, but first, here’s my exchange with Deaner himself:

Nico Ogilvy: Why did you feel like it was time for Nightseeker to release an album?

Dean Murdoch: The world needed a new hero. And all the other ones were busy making blockbuster movies in Hollywood, so it only made sense that it was a Canadian who stepped into the light. That Canadian is me. 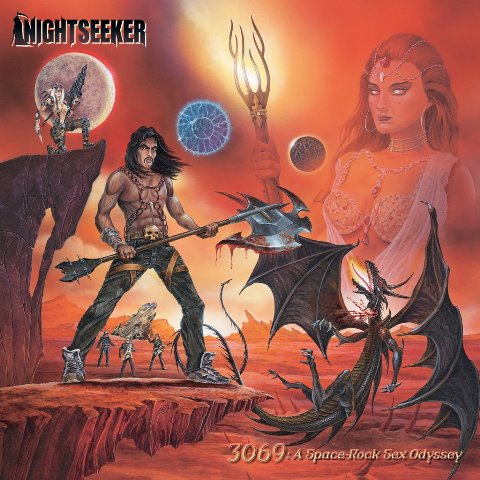 NO: I’m interested in the album concept: A lot of people don’t think humanity will make it to 2069, but you’ve got the apocalypse happening in the next millennium. Do you guys know something we don’t?

DM: There’s going to be a bunch of mini-apocalypses where most people don’t make it, but my daughter Chastity has been told that she bears the mystical burden of keeping the Murdoch line alive for six generations, when the Final Apocalypse will come and the story of 3069: A Space Rock Sex Odyssey begins. I told her to try and date guys with moustaches, and so far so good.

NO: What’s next for Nightseeker?

DM: We are getting into racing hawks, which is hard because it takes a lot of small mammals to feed them, and most of the rats these days are being trapped by Ginger Beef chefs.

NO: Are there any other Canadian bands giviner these days?

DM: Striker from Edmonton is the best hard rock band in the country right now. And it ain’t Canadian, but Derek Smalls from Spinal Tap just put out a record and it’s amazing. His song “When Men Did Rock” is an eight-minute anthem to the good old days of GIVINER.

NO: Who is this guy Paul Spence?

DM: He’s what they call a “galley slave.” He sews my costumes, cleans my high tops and makes sure that the band banner is hung straight. He’s a hard worker but he ain’t that bright. ■