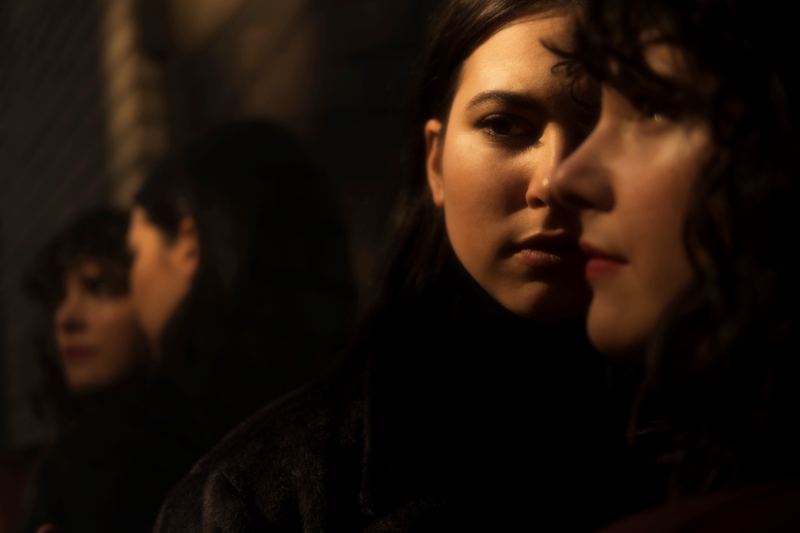 When Laurence Lafond-Beaulne and Camille Poliquin brought Milk & Bone to light with their debut album Little Mourning in 2015, they had limited expectations.

Now, having released the follow-up LP Deception Bay on Feb. 2 via Bonsound, the Montreal duo finds itself with an international fanbase, an impressive stack of media attention and several award wins and nominations. Their summer 2017 single “Daydream” played in heavy rotation on MuchMusic, exposing their electro-pop sound (and, perhaps, their faces) to a bigger audience.

“I’ve been scared that one day people would recognize us on the street,” says Lafond-Beaulne, “and it’s funny because last week, it happened.

“Once a month, Camille and I have a date — we wanna spend quality friend-time together, which doesn’t happen anymore ’cause we just work all the time. So we went to a restaurant and then we went to get a drink at a bar, and when we walked in we both felt a lot of people looking at us. It was really intense and super uncomfortable, so we just left. That was a first (laughs).”

Barroom stares and video play aside, Lafond-Beaulne says she still considers Milk & Bone to be an underground phenomenon. However, they’ve spent the last year refining their self-described “dreamy and harrowing” aesthetic in a way that might break them out of the indie sphere.

“On the first album we only had eight songs and a lot of them were very soft and mellow and intimate,” Lafond-Beaulne explains. “We really wanted to make sure that we could have a lot of fun with the (new) songs live, so we pushed everything a little further, we took more risks. It’s more dynamic, it’s more pop, and on stage we have a new light installation and wireless mics so we have more freedom to move and to connect with the audience. We’re so excited.

“People who like Milk & Bone will still feel our essence (on the new record),” she says, “but we have more to propose now, a different direction. If I’m being honest, I’m a little nervous about it. We’re happy with the choices we made, which is the most important part, but hopefully people will enjoy it, too.”

The duo worked with a number of guests on Deception Bay, all of them local (or nearly local) artists and friends of the band, namely pianist Chilly Gonzales, downtempo electronic artist CRi, producer and DJ Max-Antoine Gendron and songwriter/producer Jonathan Dauphinais. The record’s primary producer, however, is Gabriel Gagnon, who has been an integral part of the Milk & Bone equation from the start.

“We created our sound together, and he’s a good friend so we know how to work together,” says Lafond-Beaulne, noting that is was Gagnon who suggested they recruit guests. “I’m super happy we did it ’cause it pushed us to go in other directions and explore other sounds and other ideas. We really wanted to end the album with a song with everybody on it, and we did it, which meant a lot to us.”

A recurring theme on Deception Bay is escaping toxic relationships, and while Lafond-Beaulne and Poliquin haven’t felt much turbulence on the romantic tip lately, there is no shortage of inspiration for heartache.

“We both have boyfriends and our relationships are going super well, but there are so many ugly things happening in the world right now that affect me deeply. When we write, it’s often coming from pain and the source of that on the first album was relationships, but it’s different now. ‘Tomorrow’ and ‘Set in Stone’ are two songs about how fucked up our world is, and how it’s very hard to stay positive.” ■