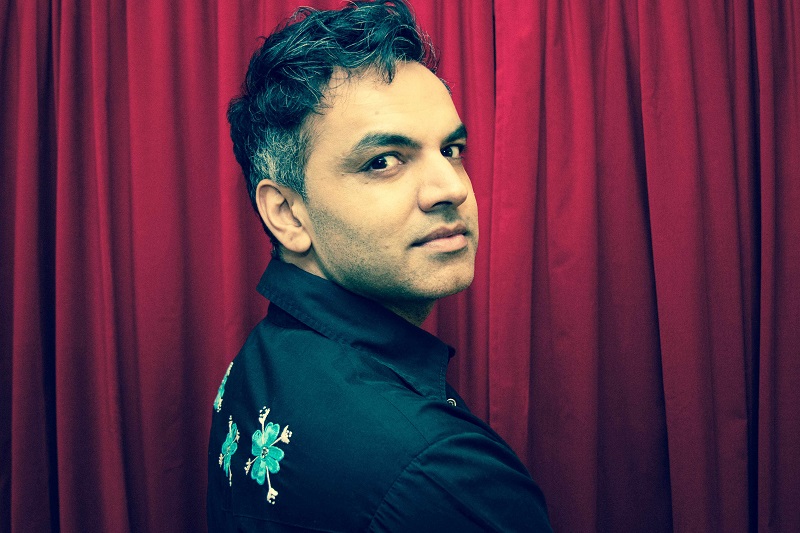 Arshad Khan’s father was a technophile. When he was growing up in Islamabad, Pakistan in the late ’70s and early ’80s, Khan and his family chronicled their every move with an early Camcorder, capturing family events and general good-natured goofing around. Many of these videos form the spine of Khan’s documentary Abu (screening at Fantasia this weekend), which chronicles Khan’s relationship with his father over the years. As Khan comes to terms with his sexuality — first in Pakistan, then when the family moves to a Toronto suburb when Khan is in his teens — his relationship with his parents becomes increasingly fraught as they become more religious and conservative when faced with the malaise of never being quite accepted into Canadian society.

In that sense, Abu is not just a film about Arshad Khan’s life — it’s a film he’s been making for his whole life.

“Isn’t it crazy how my life is so well documented? It’s insane!” says Khan. “I’m so lucky that I have this wealth of audio-visual material. My family was actually involved in that for years. They loved photography, they loved cinema, they loved telling stories. I grew up in a very exciting environment in Islamabad — we had a very rich culture and heritage. And, you know, my father was an orphan. He really cherished family and wanted to have lots of children and document all their happiness. He really loved my mother and I think he wanted to capture her beauty. You can see his excitement in all of the photos and negatives I discovered. Actually, about half of our photos were lost in a flood – so you can imagine, everything I’m using is only half of what existed!”

The deeply personal nature of the film was daunting for Khan; to hear him talk about it, it’s almost as if he exorcised the film out of himself.

“I was working on different films as a production designer and art director,” says Khan, who has lived in Montreal for over a decade, first moving here to study film at Concordia. “I was really trying to move into that world. After 9/11, of course, I really felt like my identity as a Muslim person, as a Pakistani person, was under absolute, clear attack. I felt like I needed to have a voice. But it was a struggle. It’s a very difficult thing for anyone to make a film, let alone a person of colour. I didn’t believe all that until 9/11. I thought that because I lived in Canada, if I worked hard… I was really a capitalist in the true sense. I really didn’t understand the world very well.

“Here I was, trying to make a feature about a Pakistani girl kicking ass in suburban Canada,” he continues. “It was a really funny story, like Pan’s Labyrinth meets Bend It Like Beckham. It was hard — very, very hard. In the middle of all that, my father got sick and died. I was making a five-minute video for his memorial and I realized that, oh my God, I had such a wealth of information there that I could use to tell a story. But I was scared. I didn’t want to come out, you know?”

Khan made a three-minute teaser as part of the Cuban Hat Project; it was the early stages of the film that would become Abu.

“I was so scared after making the teaser that I didn’t even put in online for anyone to watch,” he explains. “I was so nervous about opening myself up in such a way. I wasn’t sure what I was going to do. The teaser got a lot of attention — people really liked it! I ended up getting a Canada Council grant to make the feature.”

Abu mixes copious home video footage with interviews (mainly with Khan’s mother and sister) as well as animated sequences that embody the more supernatural aspects of the story.

“The first cut of the movie was about three hours long,” Khan explains. “I talked a lot about who my parents were, who their parents were, and so on. Unfortunately, I had to cut all that out. I felt really sad about cutting it out, but I decided I had to focus on the film. I kept submitting it to festivals and getting rejected. It was too long, too much narration… I had to learn the hard way to make a film that was concise, but also entertaining, sincere and also compelling.”

Khan could also count on contributions from Canadian filmmaker Deepa Mehta, who came on-board as narration director after seeing an early cut of the film. “At some point, Deepa saw the picture lock of the film,” says Khan. “She said to me, “Oh my God, Arshad, you need to call me at once. You need to take your director’s hat off and put your actor’s hat on. You need to let me direct your narration.” I had narration at the time and I thought it was fine — it was not bad, actually, another friend of mine had helped me a little bit and guided me. She invited me to come in with her and re-record it, and it made a big difference. Narration is the backbone of this film. It’s so narration-driven, I had to record the narration at least 30 times!”

The timing is interesting considering that Abu screened at Fantasia only a couple of weeks after the release of The Big Sick, a film that while rather different in both its content and approach also focuses on a young Pakistani man at odds with his more traditional and religious family. The same sort of themes are explored by Aziz Ansari in his show Master of None or Hasan Minhaj in his stand-up special. Even though all three of those tell stories that are perhaps more traditional (and certainly not anchored in sexual orientation), Khan does feel a kinship with them.

“I’m very glad that these voices are coming up now and these people are in the media,” he says. “When I was growing up, there was none of that. This is very recent. And even still, it’s seen as something unusual. I think that now it’s time for our voices to be recognized and to be elevated. And really, what I want out of this is — I want to find a producer (laughs). Someone who will help me with my fiction feature.

“My film is unusual, not only in its treatment, but in its subject matter,” says Khan. “You don’t see films about people living on intersections of identity — queer, Muslim, Pakistani, brown, you know, things like that. You definitely don’t hear our stories. It’s nowhere in the media.” ■