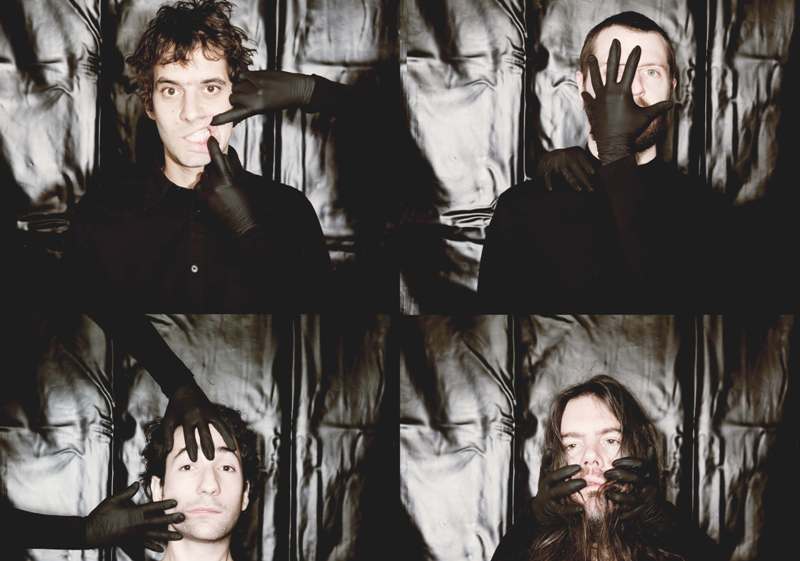 Singer Ben Shemie describes them as a generally unorganized bunch and their recording processes have varied from two-week endurance tests, as was the case on their last album Hold/Still, to “DIY/gangster,” which is how Shemie describes their collaborative project with Jerusalem in My Heart. They’ve learned how to take ideas as they come and what it means to stumble upon a vibe that screams finished product.

The Montreal band’s new album Felt was sparked from some casual sessions that turned out more concrete than expected.

“When we started recording it, the initial idea was to do demos,” Shemie says. “We would book like a few days, we had an engineer set us up…just to push record.”

Shemie stresses that the quartet went in with an open mind, not expecting their next step forward as a band. “It wasn’t planned in the beginning to be that way. In the end it just kind of felt like the most natural thing to do, doing it ourselves, not having to rely on anybody else, really. It was really fun to do it that way; much more of a collaborative group project.”

Perhaps an element of this vibe-centric thinking is their live-band emphasis. “Before we’re a studio band, we’re a live band.” Their shows feel exploratory; enveloping grooves seethe courtesy of Max Henry’s electronics and Liam O’Neill’s percussion with raw, contrasting guitar approaches from Shemie and Joseph Yarmush. Live found-objects then come back into the equation and influence the record.

“We’ve always had the attitude that we would never record something that we couldn’t actually perform, and as a result there’s a certain kind of minimalism in the music and we have a limited palette of technology that we will use as well. We kind of constrain ourselves as a live band and those constraints lead to other things, which seep into the recording process.”

Single “Watch You, Watch Me” strikes a blissful tone to contrast the smoldering darkness of Hold/Still. The meat of the record sees a trio of sparse tracks leaving Shemie’s voice more out in the open than perhaps it’s ever been. Toying with “accessible,” Shemie says that “the album is pretty organic as opposed to our last record, and a bit looser — just kind of a good feel. It becomes an easier listen, more fun to get into.”

When asked about some of the big picture stuff — 10 years as a unit, reaching a pretty rare depth in a rock discography in a not so rock-friendly era — Shemie credits some combination of luck, a gradual career build and Montreal for their longevity. “We wouldn’t be a band and we certainly wouldn’t have lasted this long if it weren’t for this city, that’s 100 per cent sure.” No major spikes in popularity have prevented outer pressures and allowed the crew to stay in whichever lane they saw fit.

For Suuns, it comes down to the questions “do we feel this? does this feel good?” which seem unlikely to change as the band bounds towards veteran status. “I feel like this record is a step forward. It feels fresh and that’s the shit.” ■