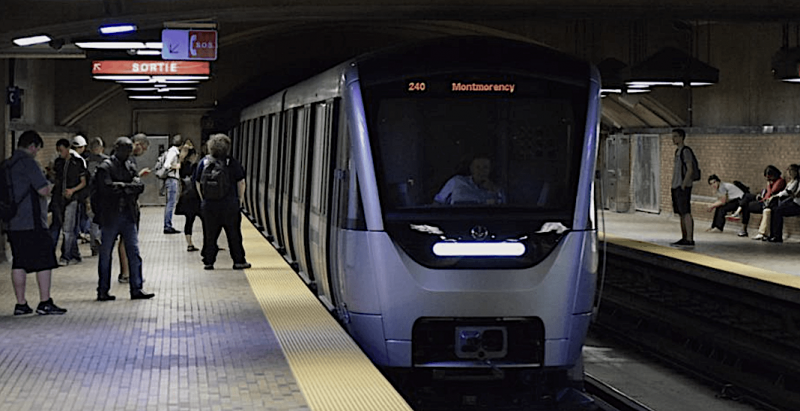 A recent investigation has revealed that while it really can’t commit to a regular schedule right now, Montreal’s metro system can totally stop by after work tonight to watch Black Mirror and see where the evening goes.

According to data from the STM, 2017 was the shoddiest year on record for delays, with a 25 per cent increase in trains failing to show up when expected while simultaneously maintaining a nearly perfect record of being available for casual sex 24/7.

The metro’s flakiness stems from a variety of issues ranging from objects on the tracks to broken equipment, and while this seemingly has no bearing at all on its willingness to meet up for a no-strings-attached tryst at the drop of a hat, it means near constant disappointment for passengers who are just expecting the train to act like a train.

The Orange line has seen the most substantial increase in extended stoppages, with close to 600 service interruptions lasting five minutes or more and, incredibly, zero interruptions in wanting to tap that ass. Regular travellers, while frustrated, are not shocked by the numbers.

“Every day you just kind of hope something will be different,” says Hong, a student and monthly STM passholder. “And then you find yourself standing on the platform like a total jackass with no metro in sight again. At a certain point it’s like, ‘Is it me?’”

“Honestly, the minute I saw the AZUR metro cars I knew there was going to be trouble,” she explained. “Trains that hot can get passengers anytime they want. It doesn’t matter if the delay is five minutes or an hour; they know there’ll be someone waiting when they eventually decide to show up,” she went on. “I guess having neon lights on your doors gives you carte blanche to be a complete dick.”

According to the STM, the majority of delays are caused by passengers holding doors, dropping phones and walking on the tracks — but not everyone is buying it.

“I know how those older trains work,” said Guillaume, 58, a metro user since the 1970s. “They blame it on stuck purses and inconsiderate teenagers but in reality they just can’t keep their doors closed,” he sighed. “Bunch of lotharios.”

The investigation confirms that while it can indeed take the STM up to 20 minutes to deal with a blocked door, it typically takes an average of only 30 seconds to send elaborately staged nudes.

Despite conflicting opinions on the root cause, Montreal’s metro system has rolled out a public awareness campaign to help combat rampant interruptions and reiterate its willingness to keep consequence-free fucking on the table. Passengers are urged to keep their distance from doors, tracks, yellow tiles and any modicum of emotional attachment to the trains.

When contacted to comment on their role in the problem, the STM responded with a pre-recorded message expressing that they have a lot going on right now and aren’t really in the right headspace to talk. ■