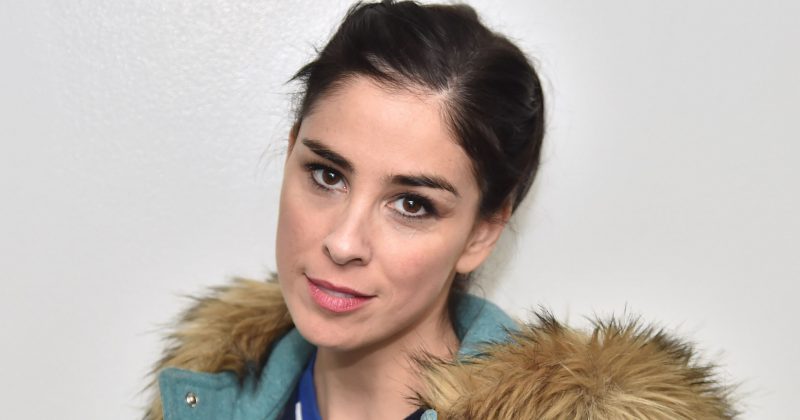 I’ve been thinking about this column for a year now. When I started working on it on March 8, 2017, I was interrupted by a stroke, which was a pretty good excuse for not finishing it. So I’ve had another 365 days to come up with something appropriate to mark the celebration of International Women’s Day.

The reflection started with the obvious question: What role should a male pundit play on a day intended to celebrate the achievements and struggles, past and present, of women around the world? There is certainly no shortage of subjects, from #MeToo to pay equity to justice for victims of sexual assault. But what could I add that hadn’t already been said, with more eloquence and more authority, by women around the world?

The answer, it finally struck me, is “not much.” Maybe the best thing a male writer could do to celebrate International Women’s Day would be to shut up and surrender his podium to the voices of women who are so often muted, ignored or gaslit the rest of the year.

Believe me, I see the irony of marking Women’s Day by letting women do all the work while I sit back and observe. But the following authors, both professional and amateur, offer insights and foresight that no man could ever match without having walked a million miles in a pair of the socio-economic stilettos of gender inequality.

On that note, I’ll shut up and let these authors speak for themselves.

You should have asked. From The Guardian. French comic artist Emma illustrates the concept of the “mental load.” When a man expects his partner to ask him to do things, he is viewing her as the manager of their household chores.

How to Recognize 5 Tactics of Gaslighting. “Gaslighting” is a form of manipulation that goes beyond invalidation to make you question your sanity. Psychologist Dr. Ellen Hendriksen reveals five tactics of gaslighters in this 12-minute podcast.

Carnality and consent: how to navigate sex in the modern world. Guardian columnist Gaby Hinsliff writes: “If sexual encounters can be divided into roughly three categories – happy and consensual; rape; and a hazy area of acts you did not want to do but to which you ended up giving in – then it is the third that now consumes attention. It is the things women go along with out of politeness, pity or embarrassment, or because, as Nigella Lawson put it recently, they were taught that, in rejecting any overture, ‘we mustn’t make a man feel bad about anything.’”

A New Survey Finds 81 Percent of Women Have Experienced Sexual Harassment. NPR Science Reporter Rhitu Chatterjee writes about a new survey that reveals “77 per cent of women had experienced verbal sexual harassment, and 51 per cent had been sexually touched without their permission. About 41 per cent said they had been sexually harassed online and 27 percent said they had survived sexual assault.”

Why it matters when Uma Thurman and Salma Hayek speak out. Montreal columnist Toula Drimonis asks: “What chance does a staffer in Parliament Hill have when campaign managers treat her police report as nothing more than a political liability and something to be buried because there’s an election coming? What chance does a young student have when she goes against an entire university, which immediately treats her as a problem, circles the wagons and protects its own? Or a young gymnast who comes forward against a team doctor and is not protected, but instead paid money by USA Gymnastics to stop talking?”

Why we can’t forgive you yet. Local comedian and Cult MTL satire columnist Ellie MacDonald gets serious about why the wave of male apologies in the wake of #MeToo falls short. “The extent to which women are currently being heard and believed is unprecedented. A great many of these apologies are lengthy, thoughtful, earnest and steeped in genuine pain and remorse. But for many of us, it simply isn’t good enough.”

The “Reasonable” Way to Respond to Being Sexually Harassed. Roseanna Sommers reveals what behavioral science has to say about our expectations of how women should act when they are confronted with harassment. “It seems that our affective forecasting errors lead us to blame victims for failing to exit harassing situations, because we incorrectly believe that if it happened to us, we would have marched straight to HR.”

Canadian photojournalism must do better on gender equity. Edmonton photojournalist Amber Bracken notes the irony that most of the photographers assigned to cover the annual women’s march in Canada were male. “For the record, I really respect the men in this industry and value their abilities as storytellers. It’s just that Canada is not made up of entirely men, and it certainly isn’t entirely white men. Our media should reflect that, too.”

The Aziz Ansari furore isn’t the end of #MeToo. It’s just the start. Sarah Solemani writes: “Women enter sexual encounters with an unbelievable raft of quiet concerns: violence and rape on one side of the spectrum; shaming, pregnancy, a debilitating bout of cystitis on the other. If we can continue to live a sexual life alongside our private fears, he can incorporate the consideration of her genuine enjoyment into his repertoire. You may say I’m a dreamer, but I really do believe in him.”

Professors, power and predators: why student-teacher relationships should be banned. Montreal’s prolific Toula Drimonis looks at the thorny question of consensual relationships between students and teachers in our post-secondary institutions.

Ladies, let’s be reasonable about #MeToo or nothing will ever be sexy again. Washington Post contributor Alexandra Petri takes an ironic whack at the harassment issue. “I understand that there is a problem, but women need to stop being victims. There are two ways for this to happen: One is for men to stop harassing women. Another is for women just to ignore the problem and carry on. That second approach has been tried for many years and was, I thought, successful. Let’s go back to that. It is much easier for women to stop complaining than it is for men to have to change their behavior and give them the basic respect they accord colleagues they do not want to sleep with.”

You’re my sexist dumbass, Louis C.K. — and here’s what I need from you now. Actor/director Ela Thier tells the disgraced comedian “we will not solve this human catastrophe called sexism by hunting down the ‘bad boys’ and sending them away to bad boy land. It’s not like if we capture enough of you sexist bastards and make you disappear, we’ll achieve our liberation at last.”

The Patriarchs Are Falling. The Patriarchy Is Stronger Than Ever. Author Susan Faludi worries that “#MeToo will continue to topple patriarchs, while the patriarchy continues to win the day.”

How to Be the Perfect Sexual Assault Victim. From AJ+ satirical commentator Francesca Fiorentini. “Ever wonder why society doesn’t trust women when they say they were raped? It’s because those ladies didn’t follow these easy steps!”

Sarah Silverman on Louis C.K.: ‘Can You Love Someone Who Did Bad Things?’ “He wielded his power with women in fucked up ways, sometimes to the point where they left comedy entirely. I could couch this with heartwarming stories of our friendship and what a great dad he is – but that’s totally irrelevant, isn’t it? Yes, it is.”

The Unforgiven Minute. Journalist Laurie Penny writes: “Very few men seem sure what to do in this situation. I have been asked, repeatedly, what men and boys ought to be doing now. How should we behave differently? How guilty should we be feeling? What do women actually want? Good. You’re finally asking. I suspect that if more of you had asked that question earlier, if you’d asked it often, and if you’d paid attention to the answers, we wouldn’t have to have this conversation….”

What decent men can do in response to #MeToo. Toronto TV host Nicole Stamp shares some ideas of how men can make positive contributions to the debate.

The Problem With the #MeToo Campaign. “The problem is not that women have trouble considering themselves victims of sexual violence,” writes Vice’s Megan Nolan, “but that men have trouble considering themselves the aggressor. Indeed, it is difficult for all of us to accept how many of the men we know that may have committed acts of sexual aggression.”

Sexual Assault Survivors Aren’t Just Daughters. They’re Actually Humans. Emily Peck observes that, “If a man is killed or murdered, it’s much harder to find similar quotes from politicians talking about their sons and fathers and grandsons. That’s because men see each other as humans.”

I had intended to cover an entire year of the best writing, cartooning and video commentary I’ve seen on women’s issues, but I’ve already gone way over my column length with just the best I’ve seen and shared in the last six months.

As Toronto TV host Nicole Stamp suggests, simply reading and sharing women’s perspectives is a great way for men show support for the fight for sexual equality. So I not only invite you to check out and share the above links, but please feel free to add suggested readings of your own in comments on this column.

And please have an enlightened, eye-opening and hopeful International Women’s Day. ■