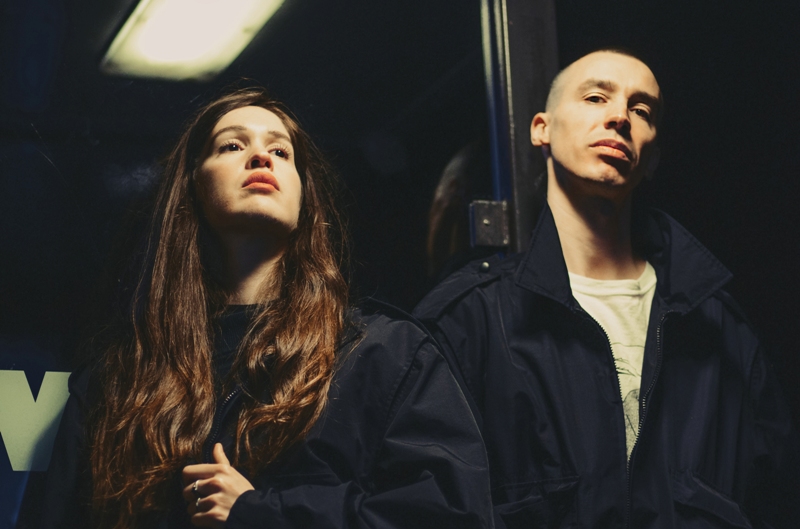 Montreal duo Essaie Pas are not a political band by nature.

Their latest album New Path (out March 16 on DFA Records) could be considered their first foray into politics, but in order to hold a mirror to today’s society, the husband-and-wife electronic music act turned to Philip K. Dick’s dystopian science fiction novel A Scanner Darkly, written in 1977, as a surprisingly vital reference point.

“The book feels very relevant,” says Marie Davidson. “I think Philip K. Dick was a visionary. The subjects in the book are modern, when you think of the War on Drugs, addiction, social networks, surveillance, security, split personalities and double realities. These are all things you hear about these days. I first read the book two years ago and it really spoke to me.”

Adds Pierre Guerineau: “It’s a book about addiction and loss, dealing with drug issues in his early youth. He lost a lot of friends and it was a time when he was writing a lot, being super prolific. But he was also having health issues at the time. It’s a dark book, but at the same time it’s funny, especially with the dialogue.”

After touring extensively following the release of 2016’s nightlife elegy Demain est une autre nuit, the pair initially started with the seven-minute beat-layering epic “Les agents des stups.” That song soon gave way to another, “Substance M,” which made them think they had an EP on their hands. In the end, the songs got longer and it transformed into an album that covers their transition from a hardwired old school techno band into a more experimental one using ambient and atmospheric tracks.

Those who’ve read the book might wonder why the song wasn’t called Substance D, like the drug the characters are hooked on. Turns out Essaie Pas are going with the French translation (same with “Complet Brouillé,” which references scramble suits), and having read both has given them some additional insights.

“The French translation was done in France in the ’80s, so it doesn’t fit at all with the Californian, American vibe, but it has its own charms,” says Guerineau.

When it comes to these sorts of concept albums, does it help to have read the book? Not necessarily, especially since New Path became, whether intentionally or not, a current-day political album. Like how A Scanner Darkly itself was written in 1977, set in 1994 and felt like a bizarro mishmash of each, New Path feels like 2018 through a distorted lens. Time will tell if that makes it sound more or less rooted in reality.

“The world we live in is looking more and more like a Philip K. Dick world,” says Guerineau. “We’ve entered the world of Fake News, which is like constantly living in these different layers of reality. Now you can have a personal assistant in your home, listening to everything you say and watching you at all times. Our reality is so Philip K. Dick.” ■