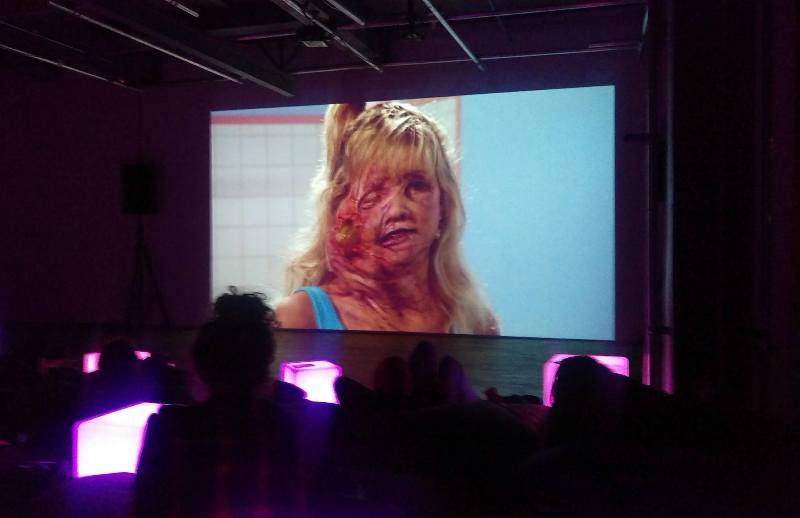 Whether in front or behind the camera, it’s no secret that the film industry is heavily dominated by men on a local and international scale. A new wave of independent, female-fronted initiatives is attempting to diversify the industry and highlight the talented women that work within in. In Montreal, monthly film screening series DeuXX is joining the cause by creating a space to showcase, discuss and appreciate films by women directors.

DeuXX was the brainchild of co-programmers and collaborators Dara Moats and Marie-Laure Tittley, both experienced programmers and longtime film-lovers. The pair met at Fantasia, the Montreal-based film festival that has become an institution in the world of genre cinema, and bonded over a common love for the more obscure films and the underrepresented women working behind the scenes of many of them. “Fantasia is what brought us together for sure,” says Tittley. “We both love genre film — it’s a kind of cinema where there are a lot of interesting films directed by women and a lot of them don’t get seen.”

Long before DeuXX was created, Moats and Tittley had felt the presence of women was missing across the local independent film scene. “There aren’t a lot of female programmers in Montreal,” says Tittley. “The theatres, the festivals, most programmers are men, so it was very important for us to showcase films by women. But DeuXX is also the opportunity for women to choose what is being screened.” 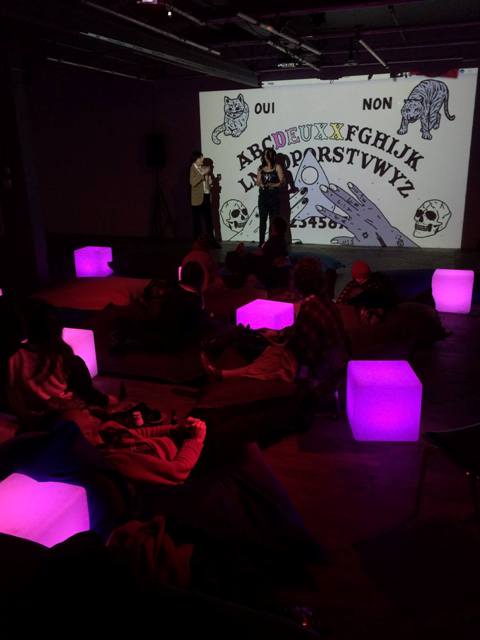 Once a month DeuXX takes over the second floor of Mile End art centre Eastern Bloc to screen a unique program of films directed by women. When it comes to choosing the films, Moats and Tittley’s gravitation towards genre film is reflected in DeuXX’s program and their emphasis on championing women working in film. “The codes and the rules in genre are about breaking down the status quo,” says Moats. “I think it’s a place that women should work in more because it’s about criticizing society and the way things are.”

In order to stay true to their goal of supporting women, Moats and Tittley ensure they uphold an all-encompassing mandate; this means showcasing films from women and woman-identified people from a multiplicity of sociocultural backgrounds and experiences. “It’s not just white, American filmmakers,” says Moats. “We try very hard to make sure that films that you wouldn’t see on the (North American) screen are shown here.”

The first screening took place in July 2017, but not before the pair had to overcome a familiar set of administrative obstacles. Securing the funds and finding a screening space proved difficult. “There aren’t a lot of independent cinemas in Montreal, and everyone is struggling,” says Tittley. “That was complicated. We started off with nothing.”

Nonetheless, the debut screening of Prevenge, a horror-comedy about a murderous pregnant woman possessed by her evil fetus, was a success, drawing a sizeable crowd for a night of film and ensuing discussion.

“From the start we were interested in having a space that was sort of laid back,” says Tittley. “Theatres can be laid back, but we wanted a space where people could have a drink and feel somewhat part of a community — reminiscent of a ciné club or a micro cinema, that sort of thing.”

The series has been gaining traction since its first screening, continuing to show obscure films directed by women in regular monthly installments. Last fall DeuXX partnered up with Festival du Nouveau Cinéma to co-present the ’60s indie film, It’s a Bikini World. On Halloween they joined Drunken Cinema MTL to screen Slumber Party Massacre II, featuring an interactive drinking game. Other screenings have been guest-curated, have featured a Q&A with filmmakers and one screening last summer was even accompanied by a barbecue.

Showing the films in new, unexpected formats was an attempt to get people to come out and share the experience.“We both wanted to create a space and a community,” says Moats, who sees the screening environment as essential now, perhaps more than ever, to bridge the Netflix-induced digital gap between films and audiences. “Community initiatives are fucking cool,” adds Tittley, “It makes the city, or at least the film scene, more vibrant in Montreal. And I think we need that.”

Nine screenings later and with a 10th on the horizon, DeuXX is continuing to bring film lovers together. The next screening, happening this Friday, is the Montreal premiere of High Fantasy, a South African body-swap film shot entirely on an iPhone. The screening will be co-presented with local collective the Women Power, a fellow initiative that supports creative women. Moats and Tittley hope the eclectic film will draw DeuXX’s biggest audience yet. “When’s the last time you saw a film from South Africa?” asks Tittley. “That’s not the kind of cinema you get to see on the big screen.” ■