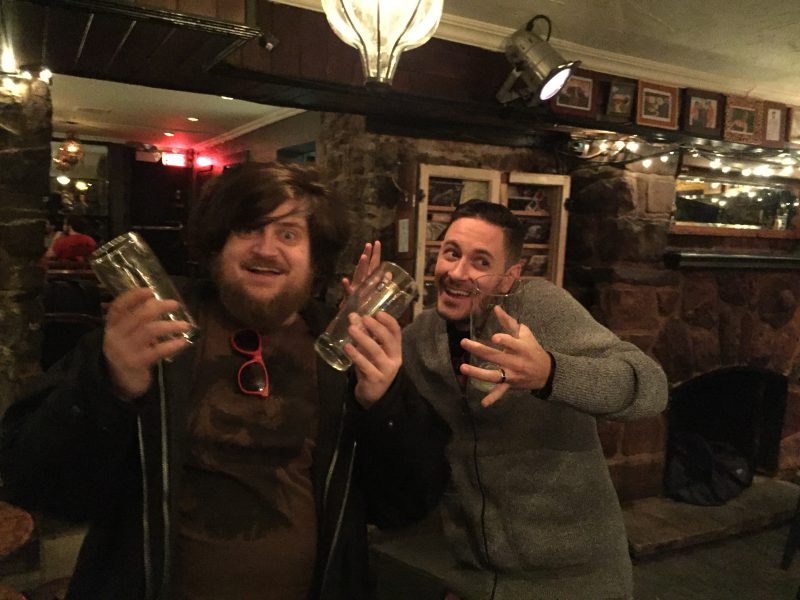 The anglo podcast scene in Montreal never quite exploded in the way its francophone counterpart did, for whatever reason, but Go Plug Yourself has been holding down the fort since 2011. The bi-weekly podcast, hosted by Keith Heistermann and Walter J. Lyng, welcomes one or more guests in order to plug their artistic activities happening locally. GPY welcomes Fantasia, Just for Laughs and Fringe guests each year as well as various local luminaries. (In the interest of full disclosure, I have been a guest on the show more than once.)

I caught up with Heistermann and Lyng on the eve of their 150th episode, which will be celebrated in the form of a live show at MainLine this Friday, Feb. 16. Special guests may include Mike Paterson, 3 Bières’ Yannick Belzil, Leighland Beckman (aka Aural Turpitude)… and some surprises. (Unpredictability is a hallmark of Go Plug Yourself. Since most episodes are recorded at Grumpy’s during opening hours, outside interference is not uncommon. Notorious Crescent street weirdo Hollywood is a mainstay in earlier episodes.)

“We were hanging out in a park, having a picnic and I thought, ‘We could do it a podcast, it would be easy,’” says Heistermann when asked about the show’s inauspicious origin story.

“I was only two or three years into comedy at this point, and I thought, ‘Yeah, this’ll help. That has gotta help!’” says Lyng.

“A couple of weeks later, I was like, ‘We have to get some mics’ and Walter was more like, ‘This is still happening?’” says Heistermann.

“I probably went to my wife and said, ‘Oh, Keith is hosting some fuckin’ thing, let’s see if he actually gets this going,’” continues Lyng. “For the most part, I’m the one who books the guests, and I started dipping into various communities, getting comics and such on the show.”

“I think our first couple of guests were actually musicians, because a lot of our friends were still making music then. The premise was always based on this idea that I had, sitting at that picnic in Girouard Park, which was that people want to talk about their thing. And that’s fun — to talk about that thing. It’s so much more fun to talk to people when they’re excited to talk about something. So when you tell someone that you’re ostensibly just going to talk about them for an hour, most of them are like, ‘Yeahhhhhhhhhhhhhh!’”

Lyng and Heistermann represent a relatively classic podcasting duo — Heistermann the more buttoned-down guy who runs the tech side of things, with Lyng being the wild card more prone to drunken outbursts and non-sequiturs. (Lyng, who recently became a father, has toned it down some — but an entire period of the podcast has been dubbed The Summer of Darkness. It’s hard to explain exactly what The Summer of Darkness entails, but thankfully, a good chunk of it has been recorded.)

“Walter wrote me a letter when we were both groomsmen at each others’ wedding — he was my groomsman and I was his,” says Heistermann. “He was like, ‘The podcast probably still wouldn’t be going,’ but then when he re-read it, it was really more like, ‘If it wasn’t for you, the podcast would really not be going. I would’ve given up on this a long time ago.’”

“There are times when I’ve really hated doing it,” laughs Lyng. “There are times where I have to go up to Keith and wonder why we’re still doing this — but then we hit these landmarks, and it really makes me happy. (…) We just kept doing it, that’s the thing!” 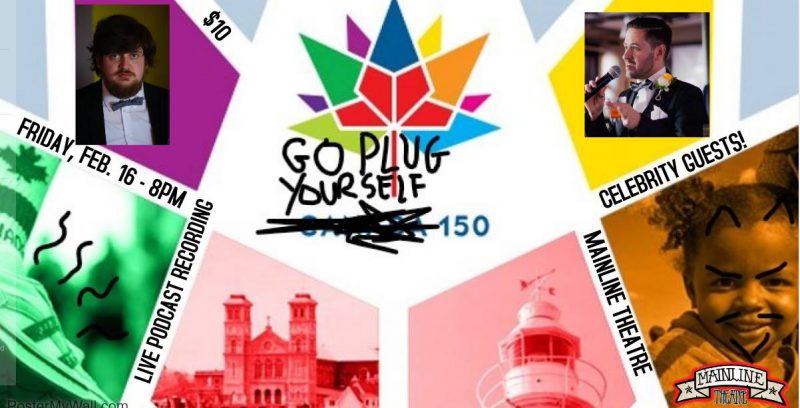 “Mick Foley was crazy because it was the first year we covered JFL,” says Heistermann. “We had decided to just set up at the bar at the Hyatt at 10 o’clock at night and everybody was drinking. It was super fun and we were trying to catch people on the fly…”

“Was that drunk Dan Harmon as well?” asks Lyng.

“That was drunk Dan Harmon.”

“We passed on Dan Harmon,” says Heistermann. “He had just been fired from Community.”

“We had asked him earlier and he had indicated that he might, but then I saw him hours later, drunk and wandering around the bar, and I was just… Mister Harmon? Would you?” laughs Lyng.

“The biggest blow-off was Marc Maron, though,” says Heistermann, “which is one we fully expected.”

“Maron was just chomping on a cigar,” says Lyng. “He was walking around with a Ziploc bag full of cigars, chomping on it, and he just said, ‘Yeah — no.’ Which – we were just harassing people that were walking around, though (laughs). These are really not indicative of the podcast, these JFL episodes. They’re like the freak episodes.”

“Mick Foley just walked up to us at some point and was like, ‘You’re the podcast guys!’ and sat down with us for 45 minutes,” says Heistermann.

“It was wild, I didn’t think it was going to be recorded,” says Lyng. “And I was not sober at that point. I was asking Mick Foley about his injuries.”

As Lyng points out, the festival episodes are not necessarily the most accurate example of what happens on Go Plug Yourself. One recurring topic is professional wrestling — both local and worldwide.

“We’ve been doing this show for so long that I had my wrestling renaissance on the show,” says Lyng.

“We had Pat Laprade on, who is the pre-eminent wrestling journalist of Quebec,” says Heistermann. “He’s the lead historian on an HBO doc about Andre the Giant, and he had some sort of producer credit on it as well.”

“He had been on the show plugging his books and stuff,” says Heistermann. “He’d had a good time on the show, and we jokingly were like, ‘We should just have a wrestling show with Pat,’ and after the show he said, ‘Honestly, if the only thing I need to do is come out and have a beer with you guys once a month, let’s make it a podcast.’ Now we have nine episodes of a wrestling podcast.”

Their connection with Laprade has now led to the offshoot podcast Pat on the Mat.

“There are different ranges of guests on,” says Heistermann. “There are people who come in to talk about a smaller thing, but then we’ve also had Mike Ward, Mike Paterson, Sugar Sammy and all that stuff — those are people who are, in a way, almost doing us a favour by being on. Some people come and talk about their thing and it helps them spread the word, but sometimes they don’t need our help at all. But even those people feel like the show is so much more fun than they’d expected. I think getting away from typical interview questions helps. Most people have said what they have to say many times before, and we can just Google it.”