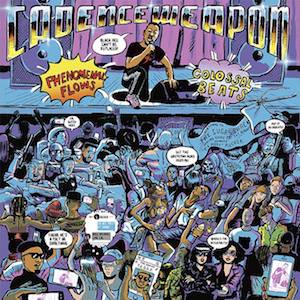 When Cadence Weapon emerged from the Prairies in 2005 as an 18-year-old producer/MC with time-bending skill on both fronts, the wider rap world (not to speak of pre-Drake Canada) wasn’t sure what to make of him. That remained the case, despite his long-tail appeal across hip hop’s devout, next-shit-seeking underground, with subsequent releases. After a five-year break between albums — a time gap that has seen countless artists come and go — Cadence Weapon returns with a 12-track salute to his roots, his power, his colour and his art, engaging a wide spectrum of beatmakers to match the complexity of his verbal percussion and poetry prowess. And if it’s a little more listener friendly, it’s only because the times are possibly, finally, catching up with Cadence. A smooth listen, end to end, with enough ear-pleasing melody to ensure repeat listens and a new favourite or four.