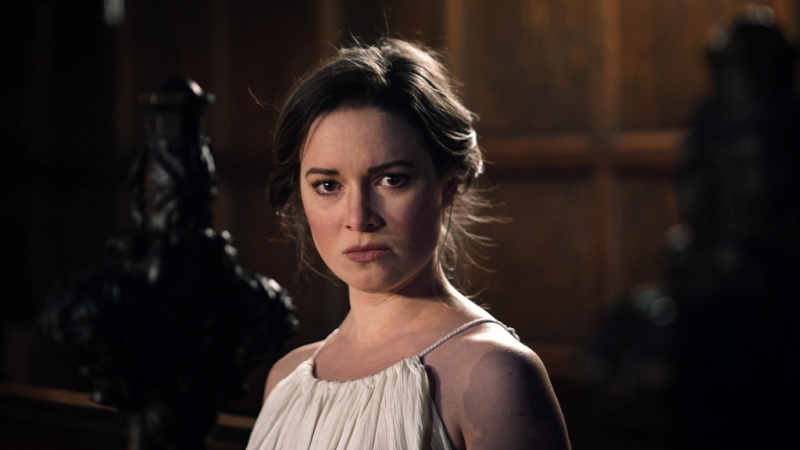 A rotting body, a conflict-scarred city and a woman buried alive.

Rooted in Greek myth, the haunting story of Antigone is about the word of man versus that of a higher power. But it’s also a story of fighting the patriarchy, according to actress Alison Louder, who emerges from a decade-long absence from the stage to star as Antigone in a new show.

All this heroine wants to do is stick a body in the ground, but by doing that she defies a man’s royal decree, and suffers the horrendous consequences.

Antigone’s family tree has rotten roots. Her mother Jocasta unknowingly married her own son Oedipus, the King of Thebes, and produced four kids. Antigone’s two brothers end up fighting each other to the death over the kingship.

Her uncle Creon, now ruler, decrees that the rebel brother Polynices is to be left to rot on the battlefield as a posthumous punishment for his treason.

This is a huge violation per ancient Greek standards. Antigone defiantly buries her brother anyway and Creon (Maxime Paradis) threatens to have her sealed alive in a tomb. And so, violence begets more violence.

“She’s the mouthpiece of her own dissent in the face of a democracy that is largely run by men and is emblematic of the patriarchy,” said Louder. “She’s also trying to remind them: ‘You guys keep doing this to us. And everybody forgets. We’re discarded, we’re disposable, we’re misused.’”

This plum role is a homecoming for Louder, a native Mile Ender, Dome graduate and Best of MTL readers poll perennial who uprooted to Toronto in 2014. In Hogtown, the petite performer has landed roles in hot TV series like Helix, Being Human, Saving Hope and Murdoch Mysteries. She continues to perform improv and has branched into producing short films. But Louder has kept a pied-à-terre in her old neighbourhood and sits on the boards for MainLine Theatre and the Fringe Festival.

While heading down the 401 is an inevitable draw for many actors, the thought of home is never far behind: “Montrealers are pretty loyal. We always end up coming back at any opportunity that there is.”

Last summer, one such moment popped up, when director Anton Golikov approached her about taking on the starring role in Antigone. Louder immediately agreed.

The resulting Raise the Stakes Theatre production has taken over an unconventional venue: the United Church that skirts the edge of Westmount Park. The 15-member cast performs in togas in front of projections designed by Tricia Moore. Jazz bassist Lloyd White composed the score, which is played live with an oud, harp, double bass and double bass.

“It’s a very much a blend of contemporary technology meets classic aesthetic, in order to render a story that would feel accessible but timeless,” says Louder.

She’s grateful to break her streak in Montreal. Aside from a one-woman Fringe Fest show a few years ago, her last stage performance was in 2008’s Dracula at the Monument-National Theatre. Back then, Louder was plagued with mysterious spells of overwhelming exhaustion. “There were a lot of days where I could not physically get out of bed, because it was painful. And that’s not conducive to being on stage.”

The following year, she was let go from two stage productions. It would take another few years before she got a diagnosis of celiac disease and was able to get her health under control.

By then, film and TV work had started to flow in for Louder. A luxury of being on set, she explained, is a trailer you can retreat for rest. “Theatre is hardcore, and you either have the mettle or you don’t. And there was a long time where I didn’t and no amount of willpower is going to change that.”

But Louder missed the immediacy of live performance, and she describes her break as “sad and scary.”

It was a cold evening when Louder left the United Church after the first day of rehearsal for Antigone. Walking through Westmount Park in the freshly fallen snow, she felt happiness wash over her.

“It was like not a day had gone by,” Louder recounted. “I walked out of there, and every single molecule in my body was like, ‘Thank you.’” ■