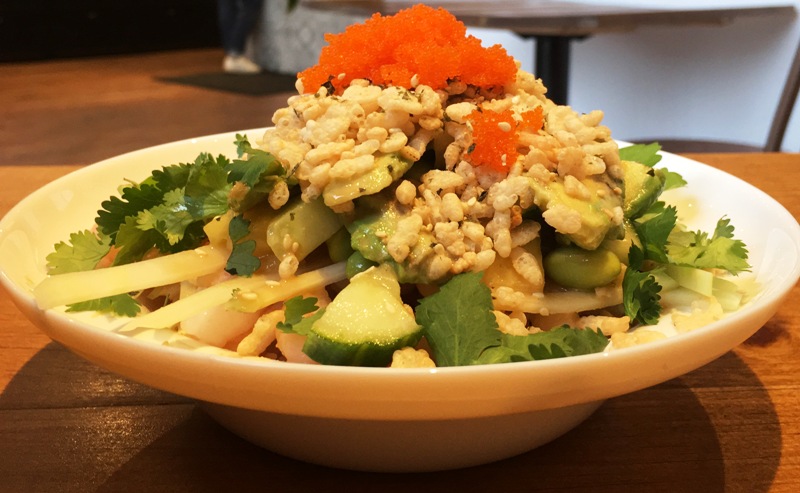 I once felt a cold coming on while drinking at a friend’s place —some shivers, a lump developing in my throat. Luckily, the friend I was visiting was prepared and made me a kind of panacea tea made from paprika, ginger, garlic, apple cider vinegar, lime and a finger of whiskey. It may not have tasted the best, but then again, that’s the nature of a lot of curative food that are heady with medicinal ingredients. It’s a satisfaction you’d find on the other side of the spectrum, opposite of oils and salt.

This was the composite effect of a visit to Marina Corsillo and Beaver Sheppard’s new health and raw food snack shop and holistic grocer OK Poké. The Jean-Talon market may be known as one of Montreal’s epicentres for what’s fresh, but it’s an area that’s pointedly lacking in restaurants catering to strictly vegan or vegetarian diners in search of superfoods and the like — let alone shops with New Age inventories. On one side of OP, there’s books on unicorns and dragons, palo santo sticks and crystals, candles and zero-impact products. That’s not why I came, however; I came for the food that’s front row and centre. 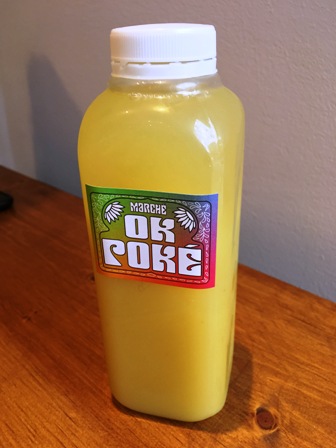 OP keeps it pretty simple with an espresso machine and a short variety of pressed juices, golden and cashaw milks, takeout salads and desserts. It’s the poké bowls ($9), with their sustainably sourced ingredients, where the choices explode a bit. Brown or white rice? Tofu, shrimp, salmon or tuna ($2-$6 extra)? Which of our five sauces would you like? And if you don’t want it all dressed (though you should take it as such), which of the 11 toppings would you prefer? Maybe avocado or jalapeño for a bit extra? It’s more of a comfort than an encumbrance, as it gives you more than one combination to come back for. With good reason, too: The bowls are as fresh and flavourful as their ingredients possibly can be, and the sauces delivered an extra layer of enjoyment without overpowering anything.

Then again, it’s hard to find poké places in town that bungle the dish. I mean, what are the distinguishing factors of one spot from another, whether it’s Koa Lua, le Poké Bar, Venice, Kamehameha or even Belle et la Boeuf? I take it as a combination of price, quality and generosity, and OP does well in all three.

Now, the poké bowls were certainly in keeping with OP’s healthy parameters, but I thought it best to try some of their other menu items during my visit. That’s where the medicinal factor began, with juices ($4.75 each). A friend and I decided to go for Tropical Heat, a bright yellow mix of ginger, pineapple, orange and lime. On one hand, I could appreciate how OP keeps it pure and unsweetened beyond what the fruits offer themselves, but on the other hand the ginger gave the drink a dominating spicy kick. Having expected something more refreshing, I wasn’t really a fan, but my friend was. I thought it best to try another. Why not the Golden Milk, a mix of house cashew milk, fresh turmeric, cinnamon, black pepper and cardamom? Given the extreme winter conditions outside, it seemed better to take it hot rather than cold, but I wonder how much temperature would make the difference. This drink too was overwhelmed by spice, and while I found myself gulping it down because I knew it was good for me, I couldn’t finish it. 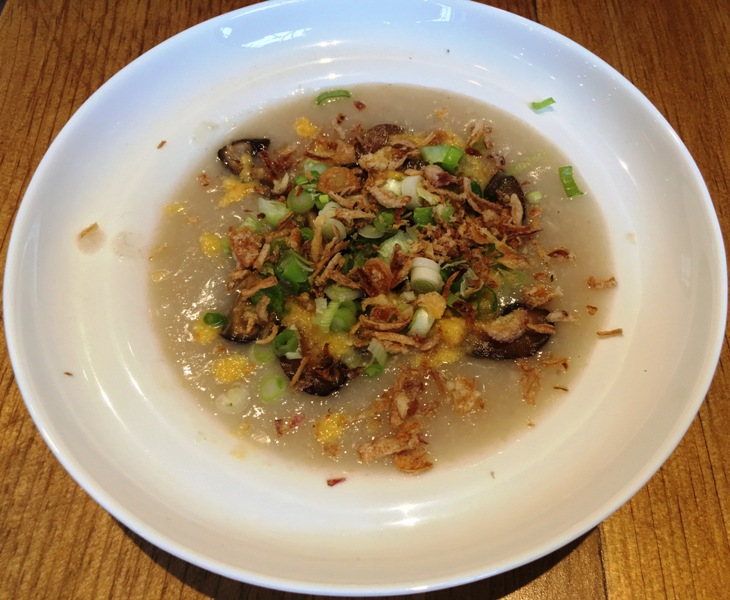 Their congee, too, suffered from the same over-seasoning. Despite its dressing of chopped scallion and fried shallots, the porridge was tasted primarily of the heat and spice of ginger — I couldn’t finish that one, either.

In light of this recurring problem, things brightened up once dessert arrived: vegan pumpkin pie. The filling had all the telltale flavours of cinnamon, nutmeg, ginger and cloves in proportion, but I found myself especially enjoying its torched “cream” on top. It was whipped aquafaba, that viscous liquid from canned chickpeas you might be prone to pouring down the drain. While it was significantly sweeter than the pie itself, it certainly gave the pie the look and feel of seasonal excess that omnivores love. 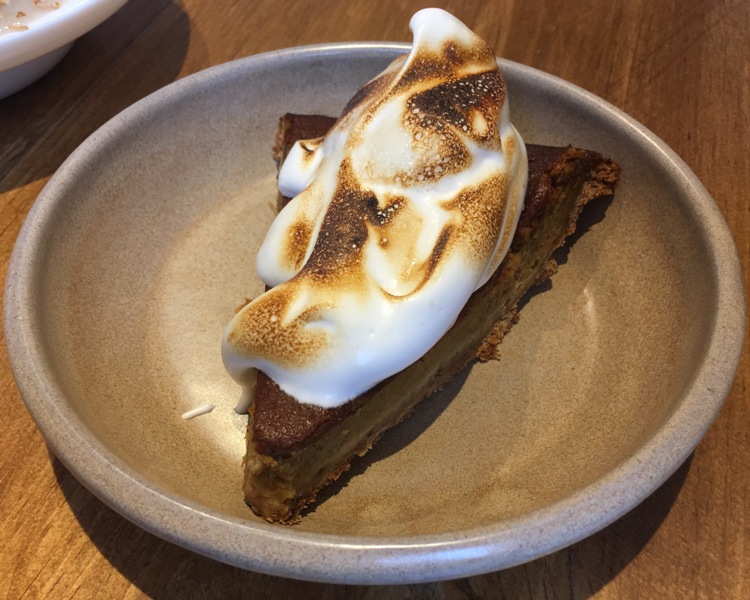 Despite the deliciousness of their poké and pie, I left the resto-grocer with the feeling that I’d had too much. That was coming less from the amount eaten and more so from the spice cabinet I experienced. There’s no doubt that OP offers the kind of selection that’ll do well among diners who want a more rejuvenating experience than what meat and cheese can offer, food that’s better for the body than the soul. I don’t think of myself as one of them, but I wouldn’t count out another visit during a hot day, fresh juice and healthful food in hand. ■