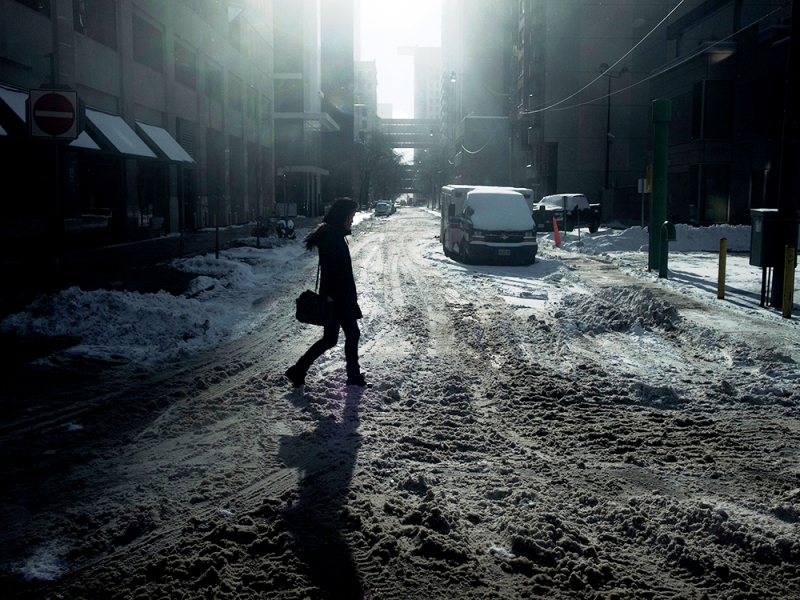 Montreal, QC- A local woman has something extra to celebrate this holiday season after finally getting some fucking acknowledgement from aunt Linda in Vancouver.

Tamara, a hairstylist, says she didn’t anticipate her aunt’s approval when she shared a screenshot on Facebook that displayed the temperature in Montreal vs. the temperature on Mars last week.

“Honestly, I figured at best it would blow my dad’s mind,” said Tamara, 30, who moved to Montreal from Vancouver in 2014. “I knew some acquaintances from high school would probably say things like ‘lol fuck’ and ‘bet u miss the rain haha’ but when I saw that Linda had not only liked my post but commented ‘wow tamara’, I genuinely couldn’t believe it.”

Tamara explains that while she and Linda have been friends on Facebook for six years now, it’s the first time her mother’s older sister has acknowledged her existence on the social media platform.

“At first I thought it was a mistake,” said Tamara, who won three prestigious hairdressing competitions this year and didn’t hear a goddamn peep from Linda, despite getting almost 130 likes on her balayage portfolio. “She posts about God and casserole a lot,” Tamara went on, “And she shares every single one of my brother Charles’ memes about business school. I guess she did post a lyric video of ‘Jesus Take The Wheel’ on my timeline in 2013, but I’m pretty sure that actually was a mistake.”

Tamara describes the moment she understood what had happened.

“I was having a bowl of cereal and I decided to check my notifications,” she said. “When I saw Aunt Linda had commented on my post I thought maybe there was a glitch in the system, but then I scrolled down and realized it was legit,” she continued. “I’m not normally one to do a spit take, but there was Weetabix fucking everywhere.”

The hairdresser’s sister was just as surprised as she is.

“The only time Linda has interacted with me online is when I posted that article about the Duchess of Cambridge’s second pregnancy,” said Tamara’s sister Kate, 24. “She wrote ‘congratulations’ on my timeline, which obviously doesn’t make any sense, but I wasn’t about to bite the hand that feeds me.”

It feels good to have some recognition even if it’s for something she has absolutely no role in, says Tamara.

“Yeah, I mean, it clearly wasn’t even my own screenshot,” she said. “But in that moment Linda saw me, and nobody can take that from us.”

When asked why she thought the viral photograph resonated with her aunt after her relentless oversight of Tamara’s various personal and professional achievements, the coiffeuse paused for a long time before responding.

“I honestly don’t know why comparing the temperature here to the temperature on Mars is such a big deal, especially compared to things like my engagement,” she said. “I mean, it’s a fun thing to share but I don’t know if people realize it’s pretty common for two places to be cold at the same time. I’ll only be marrying Crystal once.”

She says despite past struggles with her aunt, she’s received a distinct message through this experience.

“She definitely thinks I control the weather here,” said Tamara. “And if that’s what it takes for us to be close, let’s just say I’ll be spending a lot of time on the Environment Canada website this year.”

At press time, Aunt Linda had reportedly liked and then unliked Tamara’s photo of a large icicle on Instagram. ■