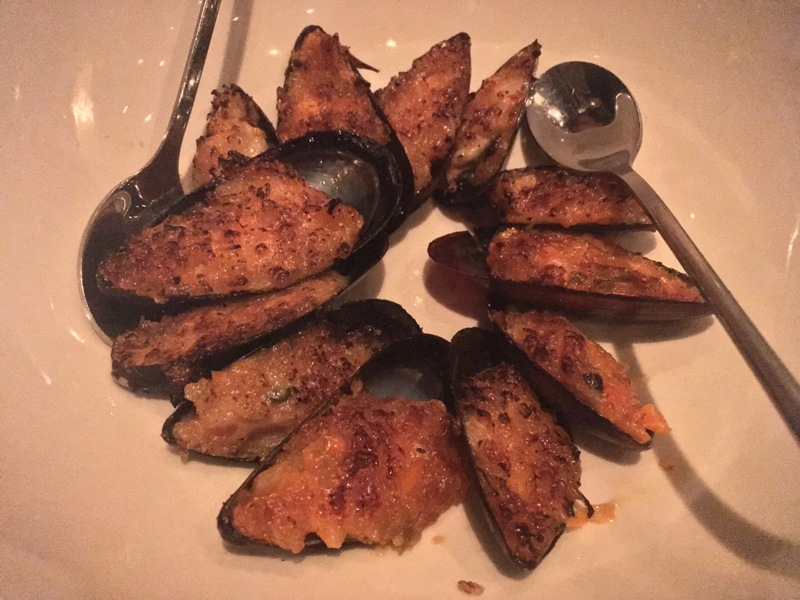 Like a lot of people, Chinese is my go-to hangover food, and too-tired-to-cook delivery cuisine of choice. But no matter your taste, cheap Chinese-American cuisine has its limits — General Tao’s deep-fried chicken with sweet sauce or a mound of noodles on a loose puddle of hoisin-soy with minced pork has a certain charm for only so long. And while Montreal isn’t exactly brimming with its own modernized Chinese options, but those that do so, do so well. Orange Rouge is one of them, combining the comfort of recognizable dishes with the panache of new techniques and ideas.

Now well beyond its inceptive years with Aaron Langille in what used to be the old Wing’s Noodle Factory on de la Gauchetière, Orange Rouge is being helmed by chef Minh Phat Tu. Online reviews often mention that you don’t go to Orange Rouge for what’s strictly Chinese, and while there hasn’t been an absolute overhaul in the menu since Minh’s arrival — options like the whole duck and spare ribs have been mainstays — there are subtractions and additions of many items inspired by classic Chinese dishes, as well as Japanese and Vietnamese options.

My partner and I arrived without a reservation, but we only found ourselves waiting 20 minutes with cocktails at Mal Necessaire before the host texted us that a table for two was ready. Orange Rouge’s interior is darkly painted and barely decorated save for a neon crab on the wall, and this feeds into the place’s image as a Chinese restaurant that sets itself apart. Even the mostly-open kitchen is a nice change, as the majority of neighbouring restaurants have cooking spaces sealed off by swinging, port-holed doors. 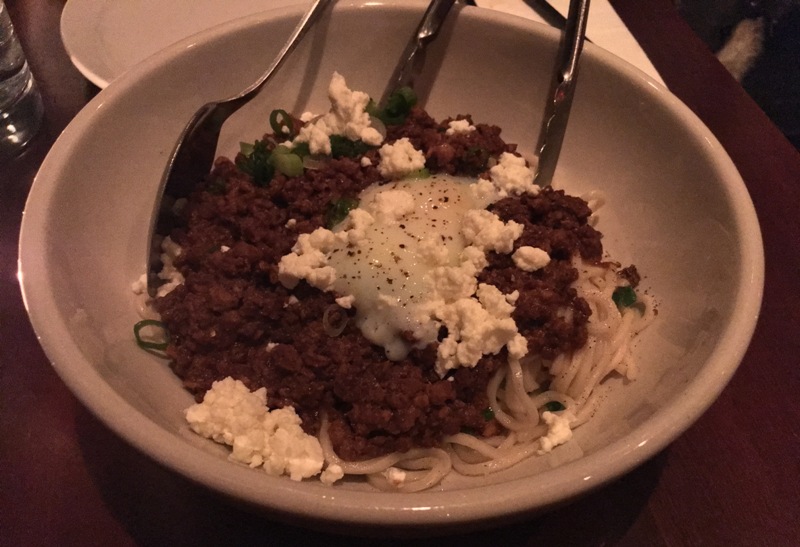 Before exploring some of the restaurant’s newer dishes, we tucked into one mainstay as a sort of amuse-bouche: the chrysanthemum salad ($7). These greens’ season runs until autumn, so November seemed a good time to try the last of the year’s offering. It’s unapologetically served in a heap, tossed in a light dressing that tasted of sesame oil and rice vinegar with a sprinkling of sugar to enhance the greens’ sweet stalks and herbaceous flavour. The combination appealed to every taste bud.

The stuffed mussels ($10), served on the half-shell, these were one of the biggest highlights of the night, with creamy house mayo and a crispiness after the passing of a blowtorch. Their advertised rhubarb and kimchi were welcome sour and spicy agents, coming together to create something sumptuous. My partner and I were hooked on them, and I can only hope that if Orange Rouge ever decides to roll out a food truck, this’ll be on the menu.

Moving into the more traditional Chinese dishes, the duck confit dumplings ($15) weren’t excessively rich or salty, though the folded jiaozi could have packed more flavour individually. Then again, that was made up for by a luscious shiitake mousse on the plate that used the fungi as more of an accent, a flavour coming off as brown butter in its delicacy. I wish equal praise could be given to the accompanying sliced beets, but they acted as a base palate cleanser between dumplings if anything — I’d have chosen radish or pickled daikon for a pungent kick that’d shake things up a bit. 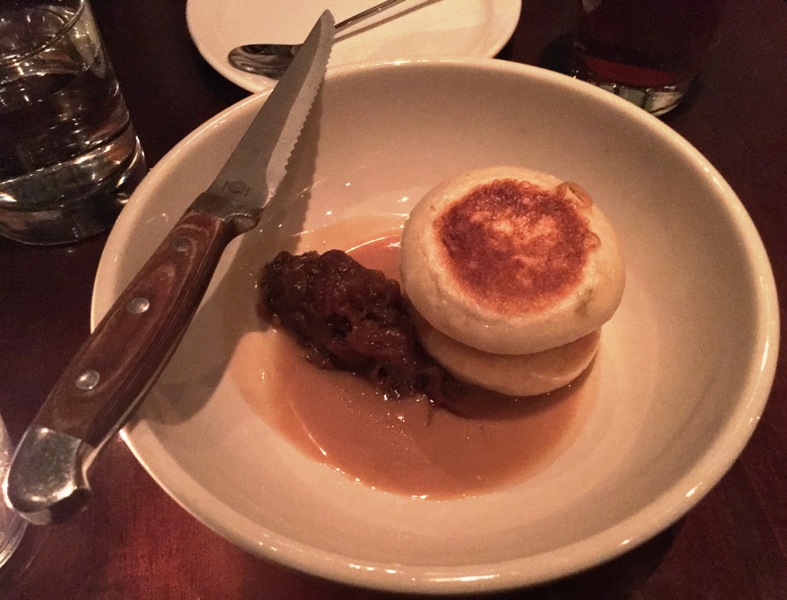 In keeping with what were elegant takes on fried, crispy and almost-greasy Chinese options, the foie gras steam buns ($12) were rich pockets of mousse coated with a crisp caramelization. The choice of foie gras would wildly alter the taste of this dish, and this choice was pretty rich. The tamarind chutney on the side was exceedingly delicious on its own, though its potent tartness would grab the spotlight if too much was added to a bite.

I have to admit that, above all, I was looking forward to the Shanghai noodles ($17). It’s a dish that I default to, so I was admittedly intrigued to see what Orange Rouge’s version would entail. In my mind, calling it Shanghai might’ve been a stretch in how it used fresh pasta (not udon), a curry minced beef (not sliced flank), a 64° egg and crumbled paneer. It was a surprising and delicious arrival, a Chinese pasta dish using inspirations of Bolognese and carbonara as elements. It was a fantastic way to end an evening at a restaurant that is, in itself, “distinctly” Chinese.

While rolling the last of my noodles in the custard of the pierced egg, licking fingertips, I was wondering why we can be so hung up on expectations and anticipations when it comes to authenticity. I was admiring how much can be accomplished when strict cultural lines are blurred in so many arts, and that cooking is one of the most admirable petri dishes for exchanges. I left sated and inspired. ■