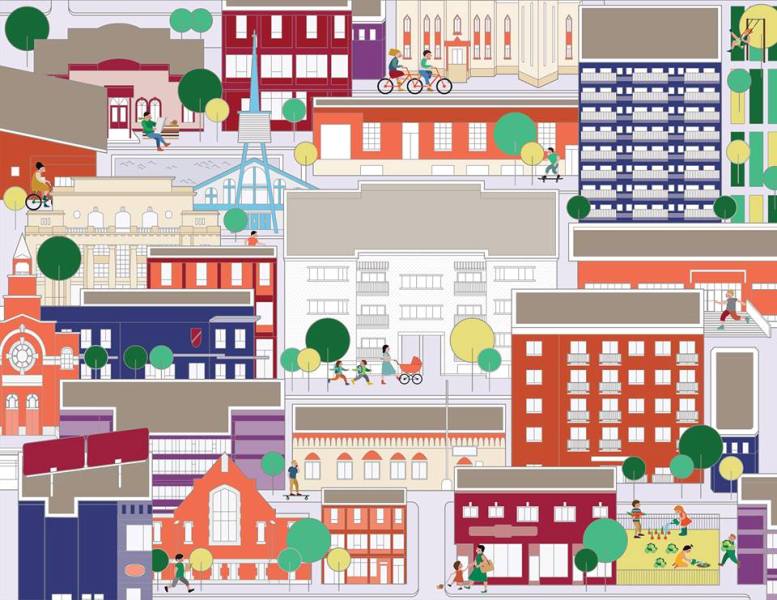 The struggle to find and keep an affordable apartment in Montreal is real. Who among us hasn’t been affected by rising rents or even worse — displacement to make way for condos or higher paying tenants? Although Montreal may not yet have reached Toronto or Vancouver levels of unaffordability, a recent survey of Stats Canada data compiled by Le Devoir shows that in the past five years, housing costs in the city have risen faster than incomes — a trend that’s showing no sign of slowing down as neighbourhoods gentrify and rental units are replaced by condos and Airbnb’s.

Finding solutions to a growing affordable housing crisis isn’t easy, but a new non-profit group based in Parc Extension called Brique par Brique (one of three winners of the 2017 Next City Vanguard Big Idea Challenge award) is stepping up to the plate with a plan to secure a mixed-use building in the neighbourhood with money they’re raising by issuing community bonds — investment products that allow those with a bit extra to directly support a solidarity project that has a real impact on everyday lives while earning financial returns — and operate it on a not-for-profit basis supplying rental housing units, accessible community space and services to to area residents.

Brique par Brique executive director Faiz Abhuani knows all too well what happens when a long-standing community begins to get priced out of a neighbourhood. Three generations of his own family had lived in Mile End for decades along with a tight-knit group of neighbours until the building they lived in was sold to a developer and they were forced to relocate. Based in Parc Ex ever since, Abhuani and his Brique par Brique colleagues decided to take action when the announcement of a new Université de Montréal campus to be built in the area made it clear that the neighbourhood would soon become a very attractive place for developers, threatening its status as a place accessible to low income families, racialized communities and other marginalized people. 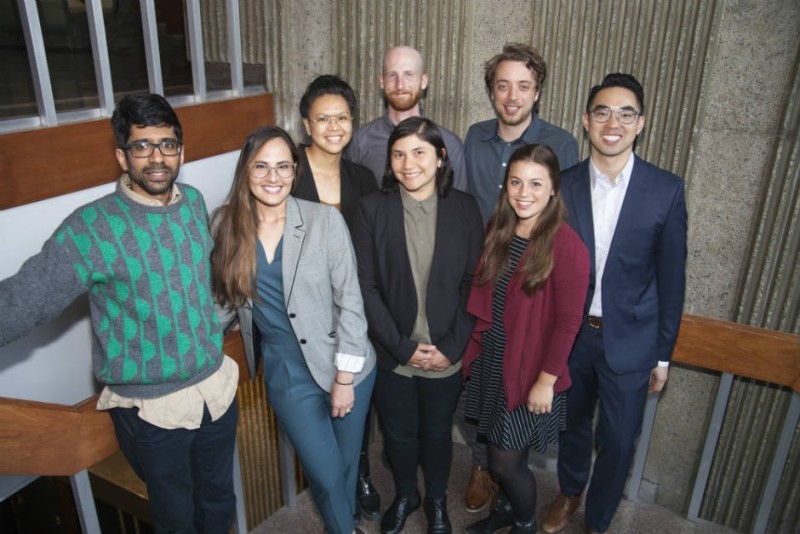 “Parc Extension is a poor neighbourhood,” says Abhuani, “but it’s also a neighbourhood that has a lot of creative energy and that’s something we really want to preserve. We realized that there was a certain urgency for us to create some sort of infrastructure that tries to secure space for local residents and ensures affordable rents.”

The community bond model of financing was first developed in Ontario, with notable successful examples including Toronto-based coworking project the Centre for Social Innovation, as well as the more local precedents of Cinéma du Parc’s recent community-bond-funded renovation project and the revitalization of Pointe-Ste-Charles’s Bâtiment 7.

“There are a lot of people who care about Parc Extension,” Abhuani notes. “A lot of our clients are people who are moving into the neighbourhood, buying places, renovating duplexes and they want to offset their impact on gentrification. We’re offering them the opportunity to do so, by investing in a project that gives them a modest return but also a social impact return that’s spread to people that they don’t even know, but whom they care about — they value their presence in the neighbourhood.”

With the funds raised through community bonds, Brique par Brique plans to purchase a mixed-use building — not unlike the slated-for-redevelopment Hutchison Plaza — away from a neglectful landlord, improving the living situations of existing neighbourhood residents while also developing onsite community space for meetings, creativite ventures, culturally sensitive childcare and community oriented programming, such as a food security program the team is developing in partnership with the NDG Food Depot.

The bonds are available at various price points, terms and annual interest and payout levels, with a minimum investment of $1,000 (which can be shared among more than one individual). For example, a $2,000 bond purchase offers two per cent interest and a payout of $154/year, maturing after 15 years to an expected value of $2,317. Investors also receive membership benefits such as special rates for events and programming organized at the building and by the collective.

“The people who buy our bonds are people who want to know where their money is going and want to know that it’s doing good. It’s kind of like the organic chicken of the investment world — it’s got the same number of calories, but it makes you feel better and has a positive impact on the world.” ■

For more information about the project or to learn how to purchase bonds, visit Brique par Brique’s website.