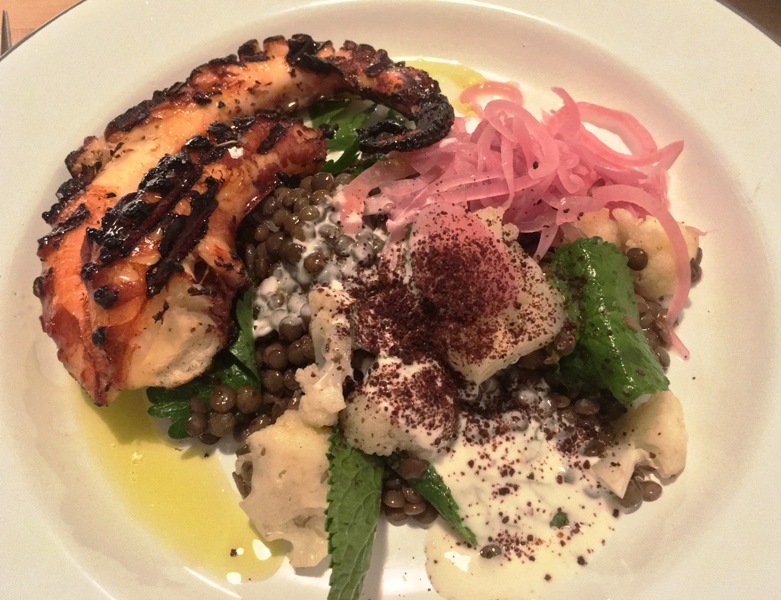 Van Horne is, in many respects, the place to be for restaurants this year. Respective opinions be damned. There’s now a healthy number of bistros, casual spots and fine eateries to pick from on a strip that was previously a bit of a culinary no man’s land.

Walking along the street in the summer, I noticed a tiny spot crammed with equipment. When I knocked on the door, a hand came up amid the machinery — I’d later discover it was Caroline Dumas, who’s enjoyed a lot of commercial success with her chain SoupeSoup (which she’s since left). I asked her what the plan was for this little nook. “Come back later please,” she said pleasantly.

Flash forward to a colder month and the spot had opened as the neighbourhood bistro Bloomfield. Despite having made a reservation and showing up slightly early out of polite reassurance, we were asked by a rushed server to come by a little later (again!) as our table wasn’t free yet — could we maybe grab a drink down the street? That memory of the summer came back to me as we looked around for a bar to kill time. This wasn’t all that surprising. Bloomfield touts about 20 seats and change, all clustered by their windows while the kitchen takes up most of its intimate space. I don’t know what hungry patrons will do now that the snow’s blowing and Bloomfield is so easily packed.

My partner and I came back about 20 minutes after our appointed time, managed to be scrunched into a two-seater in one of the restaurant’s limited corners and handed menus. Neighbourhood bistro indeed: A soup, salad and veggies of the day, plus enough appetizers, mains and desserts to count on your fingers and toes, in addition to a small yet complementary wine list and desserts. I personally like the idea of small menu, as a larger one can be suspect in how it negates possible freshness of ingredients or a lack of focus.

We made our decisions, but the waiter seemed to be continually more preoccupied with odd tasks than taking our order. It got doubly weird when she finally showed up and complained about another customer, saying that this jerk likes to criticize each and every menu item he’s brought and apparently had touched a female patron’s ass. It made for off-putting and off-the-cuff banter, and really, did we need to know this stuff? The amount of space the kitchen took up was a bit of a premonition when it came to priorities.

But this is a restaurant review, right? I mean, I ate food there after all. So, after the brief and interesting stint with service was concluded, my partner and I tucked in.

We started with Bloomfield’s daily veg, which was a selection of grilled-off green bean, squash, pepper, carrot and zucchini on a light pool of olive oil, a splash of balsamic, and dusted with cumin and salt. It was a nice way to begin staving off the cold outside, though I found the portioning a bit off — two beans and three slices of carrot? Then again, what more is there to be demanded of an appetizer?

The main dishes quickly followed, dishes that qualify as light, modular dinners; very much a testament to what Dumas has been known for in the past. The first was grilled octopus served with lentils, cauliflower and a light yogurt, garnished with sumac, parsley and mint. While the tentacles were cooked tenderly, and the plate made for an all-around delicious swirl of Middle Eastern flavours, I was surprised to find that the rest of the dish was cold. The yogurt of course could be forgiven, but the lentils and cauliflower? Confusing. Intentional or not, it was a hard thing to eat with the lower temperatures outside.

In light of this dish, I was looking forward to the second main of a flat iron steak served with salsa verde, shishito and poblano peppers and tomatillo. The meat itself was cooked well to specification, a tender cut of quality. The rest, however, was largely forgettable in how it lacked depth. The accompanying salad of romaine, a few fig slices, Lebanese cucumbers, cherry tomato and pepper slices seemed more of a quick afterthought than anything else, and the salsa verde was a weak addition to the steak. The advertised shishito and poblano were odd choices in how mild they are — upwards of a few dozen times weaker than jalapenos and mere notches above bell peppers — and I’d sooner have had something spicier to give it all a bit of a punch. Perhaps that’s just preference, but again, this was another menu item that was only barely in keeping with the cold snap. 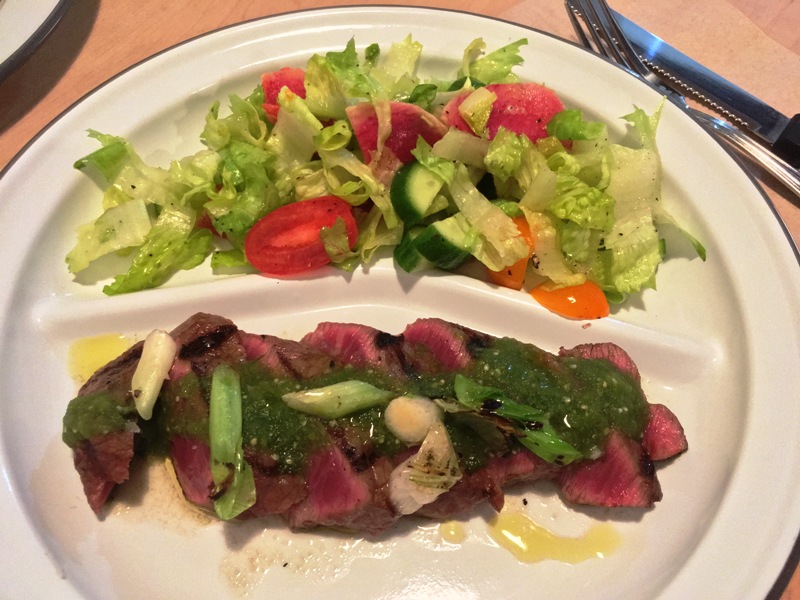 The evening wasn’t all misgivings. Dessert was, above all, one of the main reasons I’d send neighbours to Bloomfield, particularly for a rich, dark chocolate cake that used passion fruit in its ganache glaze and gave each taste the crackle of citrus. Coupled with the tail end of a glass of orange wine, and I could see myself returning again to try other dishes on for size — at least more desserts, anyway.

Admittedly, Bloomfield doesn’t strike me as the kind of place that is trying to be anything more than a straightforward bistro, one that serves up simple dishes with a subdued amount of play to them. They’re plates that challenge the status quo of your average lunch. To be considered as a destination for dinner, however, this restaurant may be pushing it. To be sure, what they do they do well, though I felt it somewhat plain for what was paid forward in tastes and service. ■

Bloomfield is open from Tuesday to Saturday, 5-10 p.m.