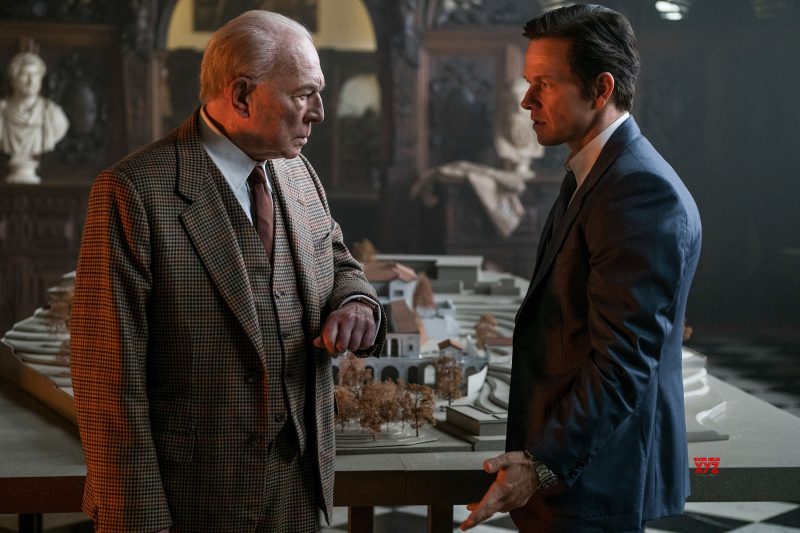 My very favourite genre of film is Italian crime thrillers from the 1970s. It is not, objectively, the best genre — or the genre that results in the best movies. It is, however, the one that is most extremely my shit, resulting in the highest number of movies that I would choose to watch above all else. The appeal of these movies is wide: they’re often a little silly but brutal, the music is dope, the settings are both dingy and beautiful, they offer an interesting look at the political climate of the time (though the films are often clumsily reactionary), the acting is often bonkers and they’re rarely as predictable as their sometimes interchangeable loglines might suggest. If you asked what current-day filmmaker might tackle the genre in 2017, I would certainly have said Tarantino, Rodriguez, maybe Paolo Sorrentino… but certainly not Ridley Scott.

Granted, saying that All the Money in the World is just poliziottesco in sheep’s clothing is simplifying it some; it minimizes the real-world implications of the story, for one, and it pretty much leaves out the more conventional parts of the story where big famous movie stars stand around palatial estates and yell at each other. I’m convinced that whatever similarities All the Money in the World has with relatively obscure genre films of the ’70s is more a coincidence based on setting than Ridley Scott indulging in some video-store-clerk passions, but it doesn’t really dampen the effect of the film.

John Paul Getty III (Charlie Plummer) is the grandson of the richest man in the world, oil tycoon J. Paul Getty (Christopher Plummer), though their relationship has been strained considerably since the youngest Getty’s father fucked off to Morocco to do heroin and hang out with the Rolling Stones. The youngest Getty lives with his mother Gail (Michelle Williams) in Rome, which is also where he’s snatched off the street by revolutionaries closely affiliated with organized crime. They’ve (rather logically) surmised that they can milk the old man for at least $17-million, a sum that the elder Getty contests vividly. Dispatching his employee Fletcher Chase (Mark Wahlberg) to handle the case, Getty tries to whittle down the kidnappers and settle on a more affordable ransom as they up the ante on the physical and psychological torture.

Scott takes certain liberties with this true-life story, as is expected. The fucked-up legacy of the Getty dynasty is enough to fill several seasons of a television show, so it’s a little disappointing (but understandable) that the whole thing is rather rapidly glossed over in order to set up the thriller mechanics of the film. (Everything that happened to Getty III after the events of All the Money in the World could comprise a film in itself, which makes this one’s relatively upbeat conclusion ring a little hollow.) Characters are generally given the short shrift; young Getty doesn’t have much of a personality at all, Williams is forced to do a lot of the heavy emotional lifting while also contending with a tricky, mealy-mouthed mid-Atlantic accent and Wahlberg’s character motivations (he’s grizzled and disillusioned) are cast off to the side fairly quickly. The Americanized elements of the story, for lack of a better term, are its weakest.

Of course, All the Money in the World’s production history is as insane as its true-life story. In case you’ve been living under a rock this past month, here’s the gist of it: Kevin Spacey was first cast as the elder Getty, a rather far-fetched bit of stunt casting (he was covered in prosthetics in order to look 30+ years older than he actually was) that Scott has said was imposed by the studio, who needed a “name.” When multiple accusations of sexual harassment and assault came out regarding Spacey, Scott decided to reshoot all of his scenes with his original choice, Christopher Plummer, despite the fact that the film was completed and in the can. The story of this insane turnaround time is poised to be legendary in itself, but what’s even more surprising is how seamless it all is. Plummer gives the film’s best performance in a way that would have been unlikely to come out of Spacey with a face full of Harry Potter elf rubber. Casting a figure that’s both imposing and slightly pathetic, the elder Getty almost always seems alone even when he’s talking to others, prisoner of his fortune and his obsessive desire to keep it.

A good 50 per cent of All the Money in the World is in Italian. It unfolds deliberately and in great detail, focusing more specifically on the relationship between the young Getty and Cinquanta (Romain Duris), one of his captors. (Duris even looks like Tomas Milian, the Spanish actor who became a huge star of Italian genre films. He typically played rebels, revolutionaries… the kind of guy who would kidnap the grandson of a billionaire, you might say.) It’s a dark, atmospheric journey that Scott wades through patiently. It’s not without its flaws, but when you consider the teary-eyed melodrama it could’ve been, All the Money in the World proves very satisfying.

All the Money in the World opens in theatres on Monday, Dec. 25. Watch the trailer here: