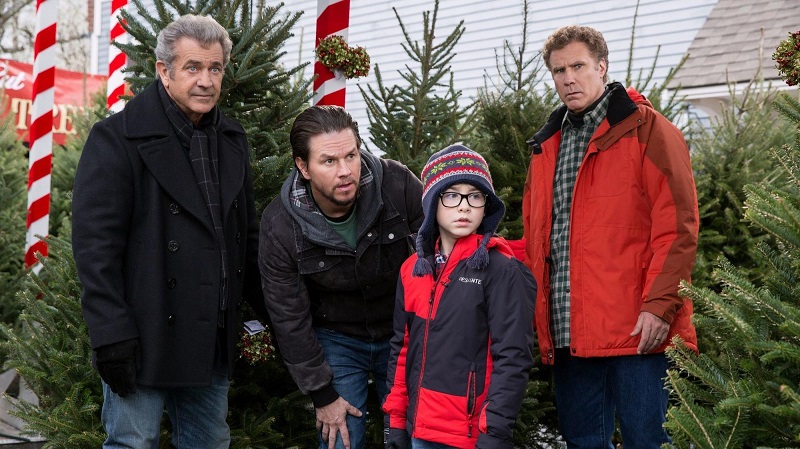 It can’t be a pure coincidence that A Bad Moms Christmas and Daddy’s Home 2 are being released 10 days apart. The two films share more than just a Christmas setting: they’re both sequels to films that were surprise hits and they both run on pretty much the exact same premise. It wouldn’t make much sense to compare and contrast because, in a lot of ways, they’re the same movie — except that A Bad Moms Christmas traded in slow-motion shenanigans and Daddy’s Home 2 trades in familiarity.

Daddy’s Home 2 runs on what I’m going to call “comfort comedy,” a running-joke-heavy method of appealing to a broad audience by feeding them relatability and familiarity at all costs. It’s what has allowed The Big Bang Theory to survive for so long while essentially never evolving its premise: it establishes early on that characters are a certain way, then spends every other moment reminding us of how those characters are. The characters in Daddy’s Home 2 have not evolved at all since the first film, and they don’t really evolve at all during this one, either. The lion’s share of its humour is predicated on putting them in situations where their essence (comfortable beta wimpiness for Ferrell, insecure alpha confidence for Wahlberg) comes out, over and over again.

And also this time they’ve got daddy issues.

Dusty (Wahlberg) and Brad (Ferrell) have worked out a co-fatherhood system that satisfies them both since the first film. They live in relative harmony caring for the kids Dusty had with his ex-wife Sara (Linda Cardellini) and new baby Griffin, while Dusty struggles to connect with his partner’s (Alessandra Ambrosio) bratty pre-teen daughter. The harmonious system gets a wrench thrown in it when Dusty’s macho father Kurt (Mel Gibson) shows up for the holidays, followed almost immediately by Brad’s effusive, aggressively wimpy father (John Lithgow). Though Dusty and Brad have managed to get their own parenting styles to settle in some kind of rhythm, bringing their own fathers into the picture soon drives a wedge between them despite their best efforts to avoid the wedge.

As a mainstream comedy sequel, Daddy’s Home 2 is beholden to repeat at least some of the setpieces from the first one, which is how Ferrell winds up destroying half his house with a snowblower instead of with a motorcycle this time around. The big reveal at the end of the first one was that Dusty himself felt dwarfed and inadequate faced with his own stepdaughter’s father (John Cena), who is brought back to dwindling effect (though it must be said that Cena is nothing if not a game comedic performer, but this movie doesn’t give him much to do). Generally speaking, the film hasn’t moved much from its initial set-up where Ferrell humiliates himself and Wahlberg cracks wise about the humiliation.

Bringing the daddies’ daddies to the mix should have shaken things up, but alas the filmmakers have made the questionable decision of casting Gibson as Dusty’s father. Gibson’s persona non grata status in Hollywood is one thing; his total disinterest in this project is another. If Gibson is truly being rehabilitated by Hollywood, then this is the part of his career where he picks up garbage alongside the freeway with a pointy stick. Gibson is totally checked out and disinterested here, which clashes mightily with the rest of the cast, who spend the movie drenched in flop-sweat from selling some of the film’s most thankless gags. (One particular nadir is a never-ending scene in which Lithgow is pelted with snowballs that soundly dispels the Sideshow-Bob-stepping-on-a-rake theory.)

Daddy’s Home 2 does represent somewhat of a unicorn on the landscape in that it is a Christmas film that winds up not being about saving Christmas or preserving the spirit of Christmas. Christmas is simply the setting for the film and, while it does dip into some vague Jesus-y business (presumably an olive branch extended to its Jesus-y tough-guy leads), it’s surprisingly refreshing to see a movie draped in tinsel and stuffed reindeer that doesn’t also include teary monologues about the significance of a beautiful tree – though it does end with a hearty rendition of “Do They Know It’s Christmas?”

Save a few inspired gags (including a truly hilarious riff on dads and their obsession with the thermostat – which comes off much better than the discarded Tim Allen rant it appears to be on paper) and a pretty great cameo late in the game, Daddy’s Home 2 smacks of contractual obligation. Everyone is shuffling around unconvinced, prisoners of the fact that the first film was a surprise monster hit. We can take solace in the fact that the ending, though it basically apes Cena’s appearance at the end of the first one, doesn’t open the door for another pointless sequel quite as explicitly. ■