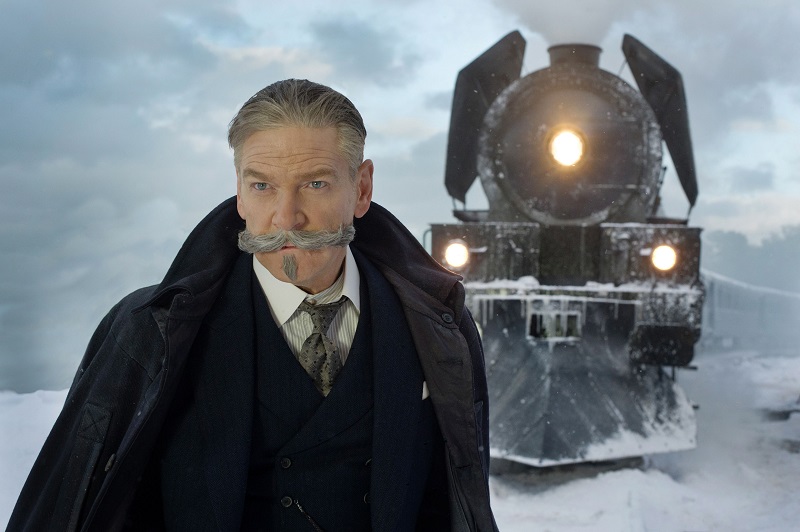 Kenneth Branagh in Murder on the Orient Express.

I don’t think I was fully aware of how weirdly and irreparably Kenneth Branagh’s career as a director has morphed in the last decade. Though he was mostly known for his faithful, relatively down-the-middle Shakespeare adaptations, Branagh wasn’t just a Masterpiece Theatre guy with elevated budgets. He showed interest in neo-noir, horror and dramedy; though these films aren’t exactly the best ones he’s ever made, they’re hardly disasters. Branagh’s steady hand is presumably what got him in the director’s chair of the first Thor film — which in itself is not an un-Branaghesque project.

That’s when it gets weird. Branagh’s work on Thor suddenly made him one of the top blockbuster directors in Hollywood, an honour that was only exacerbated when his live-action Cinderella made a heaping shit-ton of money. That kind of success more than qualified Branagh to write himself a blank cheque and make whatever kind of movie he wanted. Branagh, unpredictably, has followed up the biggest success of his career with an adaptation of a dog-eared Agatha Christie novel that takes its tweedy 1930s sensibility kicking and screaming into the world of slick, sexy blockbusters.

Christie’s original novel is, in a lot of ways, the foundational text of all spoilerable whodunits. I went into this week assuming that everyone knew what its central twist is — that, in fact, its central twist is so well-known that it has pretty much invalidated that specific twist from ever being used again in fiction. That’s a fairly bold stance — not even “it was all a dream!” benefits from such unfuckwithable status — but apparently not one that is shared with the world. I’ve seen many people on Twitter express dismay at the fact that some of this film’s twists (including the identity of the titular murder victim) are revealed by some reviews. Better get this out of the way now, then: this review contains spoilers for this nearly 100-year-old mystery story that all but defined mystery fiction in the ensuing decades. Consider yourself warned.

Hercule Poirot (Kenneth Branagh) is the world’s best detective: extremely classy, extremely meticulous and extremely Belgian, he has an almost superhuman flair for detail that makes him an extremely desirable commodity throughout the world. He falls into his latest case more or less accidentally; while heading back to Europe after solving a case in Jerusalem, he boards the titular Orient Express thanks to the good care of his old friend, the incorrigible cad Bouc (Tom Bateman). Early into the journey, the train is derailed by an avalanche and sketchy American businessman Ratchett (Johnny Depp) is found dead in his compartment.

Everyone on the train — from Ratchett’s assistant (Josh Gad) to his valet (Derek Jacobi) to the Russian princess (Judi Dench) and her servant (Olivia Colman), the Austrian academic (Willem Dafoe), the Slavic ballet-dancing royalty couple (Sergei Polunin and Lucy Boynton), the British governess (Daisy Ridley), the black doctor (Leslie Odom Jr.) or the pious missionary (Penelope Cruz) — has some version of an alibi. No one particularly seems likely to kill someone. Yet, as Poirot leads his investigation, he discovers that everyone might in fact have their reasons  and that they run deeper than he could ever have imagined. 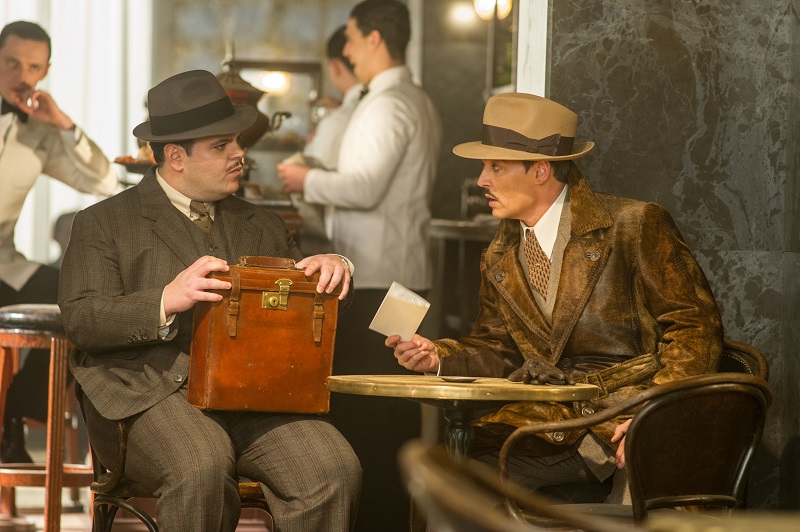 Josh Gad and Johnny Depp in Murder on the Orient Express.

One of the many problems with Branagh’s take on Murder on the Orient Express is that he pretty much sides with the spoilerphobes on this one; he’s making an Agatha Christie movie that exists in a vacuum where not only has no one ever heard of Agatha Christie, but where the very tropes and clichés inherent to Christie’s work have not been parodied and skewered for nearly as long as they’ve been around. It’s not that Murder on the Orient Express is deathly serious or anything like that, but it seems to stem from some kind of misguided idea that Hercule Poirot is the original Dominic Toretto – or some similar idea that everything old is new again. Instead of revelling in the film’s inevitably dated aspects, Branagh straight up chooses to treat them as if they were cutting-edge.

Sidney Lumet’s version of the story from 1974 placed emphasis on performances; he gathered an all-star cast and had fun watching them arch their eyebrows at each other. These kinds of parlour-room shenanigans aren’t as popular in 2017, however, and Branagh dips into the bag of tricks he picked up making big action movies to “liven up” the action here. The camera never stops moving; it tracks along the inside and outside of the train, swings by at canted angles (another clear remnant of Branagh’s time in the Marvel universe), attacks its subjects from the top, the side and the bottom. Sequences as ostensibly straightforward as the discovery of the body play out in an extremely affected, showy way: the entire thing is shot from a bird’s-eye-view, a visual choice that’s justified for no other reason than it does admittedly look pretty cool.

The fact is that Murder on the Orient Express cannot be jazzed up into an action movie, despite Branagh’s best efforts. The closest thing the film has to an action scene is a foot chase between Branagh and Josh Gad – two men, you’ll convene, who are not exactly Tony Jaa and Iko Uwais. The strength of Murder on the Orient Express on-screen in 2017 should be in the interplay between the characters, and yet the film skews closer and closer to being a straight drama as it barrels towards its conclusion. Most of the characters are reduced to being plot devices at best – hard to imagine that Ingrid Bergman once won an Oscar for the role Cruz plays here, which can basically be boiled down to “a lady with a hat who loves Jesus”.

Though presented as an ensemble piece, Murder on the Orient Express really comes down to being the Kenneth Branagh show. Poirot is an outsized character by design, a pompous blowhard whose every eccentricity is justified by his absurd, almost supernatural talent. Branagh’s Poirot is unsurprisingly pitched pretty broadly — a nearly comedic character in a film that grows increasingly less comedic and increasingly more preachy as it goes on. Branagh bulldozes his way through every scene, chewing on his cartoonish Belgian accent in a way that verges on live-action Pepe le Pew. (In one scene, Poirot correctly identifies a character’s accent as a put-on because of their pronunciation of Turin —a twist that would make more sense if Poirot himself could pronounce “oeufs,” which he cannot.)

Branagh’s performance on both sides of the camera point to Murder on the Orient Express being an exercise in self-indulgence. It’s a movie with a crackerjack ensemble cast that winds up being mostly about one man, his bushy-ass mustache and the way he uses his camera. I’ve seen much worse self-indulgent projects than this one, which essentially boils down to a very slick, very disposable riff on the average PBS miniseries. Branagh was right to use his blank cheque on this — it’s unlikely that Agatha Christie will ever be adapted with this kind of means ever again. It’s unlikely that she ever needed to be in the first place, though.  ■

Murder on the Orient Express opens in theatres on Friday, Nov. 10. Watch the trailer here: