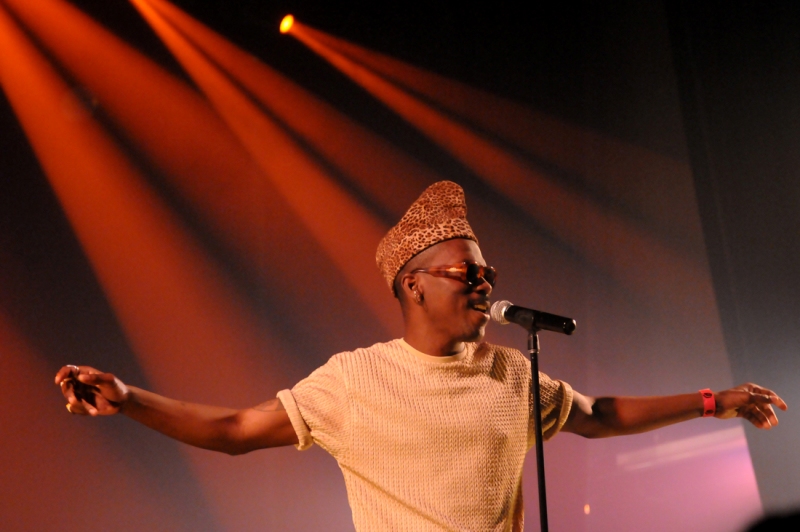 The 12th annual M for Montreal music festival livened up our November last week with a who’s who of the local indie rock, franco pop and hip hop scene (and up and coming bands from across Canada, with a handful from the U.S.), showcasing musicians for local crowds and the international industry peeps that the festival flew in.

Purveyor of constant shout-outs from our humble publication, Pierre Kwenders is a bonafide icon in Cult MTL’s hivemind and his M for Montreal performance again showcased his uncanny stage presence and ever-growing songbook. “Sexus Plexus Nexus” sounds more capable of arena anthem status every time I hear it and “Woods of Solitude” nails a seething smolder with those cloudy twin guitars. After getting the chance to snatch some falafel with his Moonshine party crew’s texting and marketing expert after the show, it sounds like Kwenders seeks to blow-up internationally without losing his message of inclusivity and diversity. Musically, we always knew he had it in him and that media coverage and connections are piling up as we speak. (Donovan Burtan)

Fresh out the penitentiary, Make It Rain Records recording artist Flawless Gretzky wasted no time getting back to the music. But it seems as if spending nearly six years behind bars has led to a certain disconnect for this local rapper.

“I feel like I’m on that bad part of YouTube,” says Marley C of Voyage Funkastique, who is standing next to me. Between having way too many hype men onstage accompanying him, lazily “karaoking” over a backing track with vocals in place and (most egregious of all) handing out mixtapes, Gretzky should have taken more time to adjust to rap’s current climate before returning to the stage. (Mr. Wavvy)

Sporting reliable indie riffs and sharp him-drum lyricism — “nothing really changes around here/everything’s out of my price range” — Kiwi Jr served an inspired start to Alvvays’s night. The band is at their best when they flesh out those guitar leads and raucous trio vocals, but their auto-pilot strumming maintained a solid bite of energy courtesy of their lead singer’s odd-ball brand of charisma. I think I see a solid album in there somewhere if they keep adding big, melodic moments to the mix. (DB)

Putting on the Montreal Casino’s first hip hop show was a gamble for M for Montreal, for lack of a better word. Having it be headlined by an underground West Coast pioneer made the stakes even higher. In his first solo appearance in the city since the early 2000s, the Hieroglyphics and Deltron 3030 member hit the stage at approximately 1:20 to run through the classics of his nearly 25-year career. While Del himself can still rap his ass off, the performance was tainted by his DJ taking about five minutes between each song to explain their backstories. This made the performance feel like a NPR podcast that nobody asked for. Although having the show at this unusual venue was a commendable effort on the festival’s part, a concert like this would have been better suited to an in-town venue like le Belmont. (MW)

Featuring pops of colours with a bit of retro yellowing, Alvvays album covers are impeccably apt. Molly Rankin’s bright hooks — and equally catchy verses and set-ups — inspire ecstatic sing-alongs to juxtapose the hint of cathartic dreariness in her delivery. The live setting sees riffs burst at the seams, amplifying the vitality of her lyrics. “There’s no turning back after what’s been said” felt particularly triumphant in the collective space. I don’t think the band has quite written the kind of generational anthem hinted at by their debut, but the crowd response ensures a fruitful couple of years and wide fields of potential still seep from their walls. (DB)

After serving as a “pleasant surprise” in last year’s festival during the Francophone Hip-Hop showcase, it only seemed right for Rymz to receive a solo show this time around. Despite a slightly scaled down venue, the crowd energy was most definitely intact. Singalongs and bouncing was ensured with just about every number.

A live band and more introspective numbers indicate a healthy amount of growth from the self proclaimed “Petit Prince”. One can only hope it is a sign of great things to come from the newly-founded Joyride Records crew in the year to come. Nothing else terribly groundbreaking from this performance, but a night of good fun for all involved nonetheless. (MW)

Fresh off her first solo tour, Common Holly took on the daunting task of filling the Rialto’s rafters alone with ease. The haunting side of her songs was fleshed out with a particularly sparse guitar approach before picking turned to yanking and singing grew raw and immense for moving choruses. Only given 30 minutes, it certainly felt like she was setting the stage for Blais, but her performance chops are as noteworthy as her great new record — certainly a voice to watch out for. (DB)

I don’t think anyone in this town would’ve expected a classical pianist to walk out on the Rialto’s stage had they only heard the festival’s name and the opening acts. Save some vaguely Turkish arabesques that may place him somewhere between Mozart and Liszt, he certainly sounds contemporary — beautiful melodies plucked from within the Steinway and some dare I say post-rock inspired electronic work both seemed like vital endeavours for this century. His melodies are captivating no matter what era he’s referencing and there’s something about the emotional breadth of his expression that finds accessibility without being overly gushing. We now live in a world where Hans Zimmer can play Coachella alongside Calvin Harris, so power to him for creating his niche. (DB) 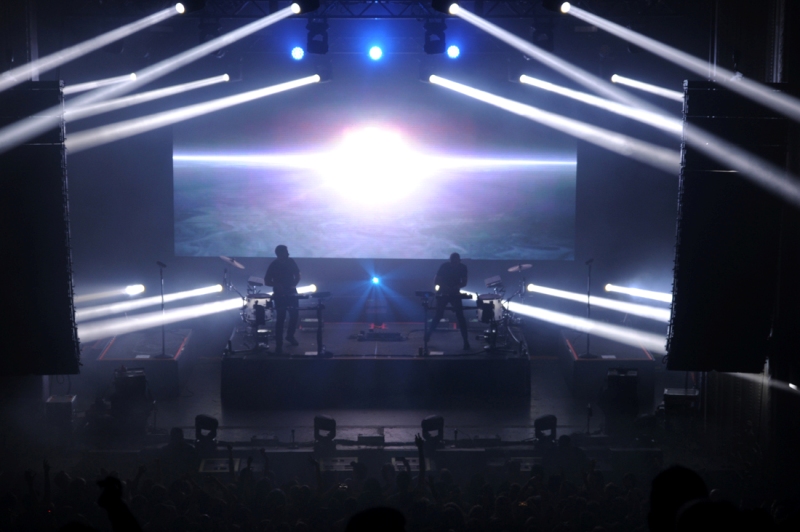 In what was indubitably the M for Montreal show with the most theatrics, the Seattle duo’s Montreal dates saw them taking a pause from venues such as L.A.’s Greek Theatre and New York’s Barclay’s Centre to play a more intimate ambiance at MTelus. Bringing something original to the table has become increasingly challenging for electronic concerts, ODESZA embraces such a challenge with open arms. Elements such as a horn section, massive LED lights and an unforgettable six-man drumline elevated this concert to new heights. The performance can best be compared to Porter Robinson’s recent IleSoniq set, minus the waves of pseudo emotion. (MW)

Having not touched their record a whole lot since reviewing it over the summer, I wasn’t entirely sure how I would take their set, but those unreal pop sensibilities have apparently been completely imprinted on my brain — I was singing along to every moment. A singing drummer doesn’t necessarily yield a great deal of stage presence, yet their swelling, shimmering sound enveloped the room for a dance-able swim through emotions like longing and self-pity: “I never wanted you to go but you had to.” Their world-view is optimistic yet dark, irreverent yet imperative — it felt good to dance the world away with a bunch of folks living the same paradoxes. (DB) ■