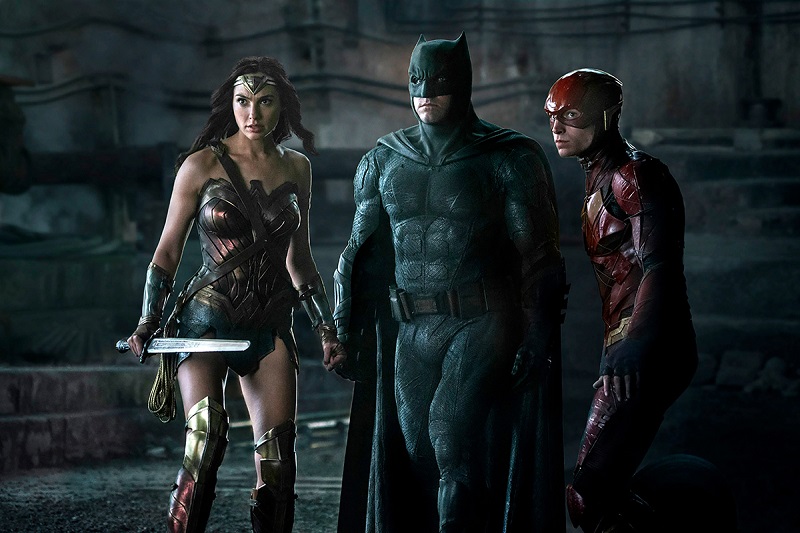 I can’t speak for others, but I never go into a movie hoping it’ll be bad. Negative reviews are definitely more fun to write, but it would be insane to posit that someone who watches movies every day regardless of whether they’re interested in it or not does it with the full expectation of seeing something unpleasant. So-bad-it’s-good reactions are less common than you might think, and even those fully move into the realm of pleasurable experiences. Bad movies – or, to put a finer point on it, movies that you do not enjoy – are inarguably unpleasant experiences.

I had high hopes for Justice League based almost entirely on the fact that it was not Batman V. Superman: Dawn of Justice, one of the truly and utterly torturous viewing experiences I’ve had in the last few years. Beyond the petty DC vs. Marvel allegiances, beyond the fact that Nolan’s trilogy is a hard act to follow and beyond the fact that some felt the film was unfairly dumped on enough that it now has a sizeable cult following, I find Batman V. Superman to be the absolute nadir of the superhero genre: three hours of primary colours and primary emotions cut like a Super Bowl commercial in which entirely overqualified actors are forced to pirouette around endlessly.

I didn’t want its follow-up, Justice League, to be bad – but it seemed more likely than not. BvS really set the table for a 10-course meal of liquid shit, and the clean-up seemed like it would take even more than the best intentions. I’m happy to report that Justice League is a significant improvement over BvS: it is almost coherent, rarely boring and only generally, inconspicuously dumb. That doesn’t sound like much of a compliment – it isn’t – but in this particular case, any improvement should be welcomed with arms wide open. Justice League is a much better movie than BvS, but it is also a full hour shorter. There’s a definite correlation there.

Superman is dead; everyone is real bummed about it. They barely have time to get bummed, however, because Bruce Wayne/Batman has found out that another force may be threatening our world: Steppenwolf (Ciaran Hinds), a being from the centre of the Earth or some shit who needs to get his hands on three cubes in order to rule the world. One of the cubes is on Earth, one is in Atlantis and the other is in Temyscira. (In case you’re keeping track, this is basically what happened in the Marvel universe as well, except with different bad guys and different shapes of MacGuffins. Props to DC for condensing it all in the same movie.)

So Batman teams up with Wonder Woman (Gal Godot) again and scours the Earth for other warriors, eventually finding gruff, shirtless badass Aquaman (Jason Momoa), talkative and oversharing dork the Flash (Ezra Miller, reviving the spirit of Justin Long circa 2006) and the mostly robotic Cyborg (Ray Fisher). Together, they form the Justice League (which is never actually called that on-screen); at some point, as you’ve probably surmised from trailers and posters, Superman shows up again.

Like BvS before it, Justice League suffers greatly from having way too much ground to cover. It flits nervously between scenes, never working itself into any kind of groove beyond nervous haste. The introduction of three new characters that don’t have the luxury of getting their own standalone spinoffs beforehand means that the film has an insurmountable amount of exposition to get through while also setting up the film’s core conflict. I’d estimate that it takes roughly 75 per cent of the movie to establish the basic skeleton of the League itself, which leaves precious little time for the actual Justice League movie. Of course, given the choice between three hours of a crappy movie and two hours of it, I’d pick the shortest one – but it does go to show that pacing and over-stretching is a problem that persists in this particular franchise.

Snyder does seem to have taken into consideration some of the criticisms from the previous installment. It’s a significantly less grim and inorganically heavy movie, and he has almost completely abandoned the broad-side-of-a-barn music cues that became so ubiquitous in his work. (There’s only one here, really, but it’s a doozy: Jason Momoa chugging a bottle of scotch in slow-motion to the strains of the White Stripes’ “Icky Thump.”) As was the case with Snyder’s two previous chapters of the franchise, it’s filled with incongruous trailer moments that stick out in the final product – scenes shot in a way that would look amazing when glimpsed in rapid succession in a trailer but look incredibly stupid in the film. People posed strangely, wild crane shots from the ground to the sky, skylines at wildly tilted angles – it’s all there.

The humour mostly comes in the form of Miller’s Flash character, but he feels like a port from a bygone era. He’s a dork who chimes in “awkkkkkwaaaaard” when situations are awkward and turns wide-eyed at everything he sees like Tom Holland’s Spider-Man crossed with Justin Long’s insufferable hacker character from whichever Die Hard movie that was. It feels both more anonymous and more polished, less of a sprawling mess but also less of a Zack Snyder movie – with everything that that entails.

I have a real shit-or-get-off-the-pot reaction to this film. I hated how indulgent, tone-deaf and frenzied the first one was and now I’m put off by the fact that this is a straighter and more straightforward movie that looks and feels very similar. Ultimately, Justice League is done in by the same problems that plagued BvS: its frenzied, coked-out approach to narrative, its almost total lack of humour (though props for actually trying to put jokes in here this time; maybe next time they’ll actually be funny) and some of its weird, portentous directorial choices. BvS was defined by all those things but also by the carelessness of its construction; it barreled by like so much paperwork that needed to get done in order to get to the real deal. I would’ve wanted Justice League to be that real deal I was so prepared for, but alas, it’s just more fucking paperwork. It’s a little less grueling, as far as paperwork goes, but it’s still just something you gotta do. ■