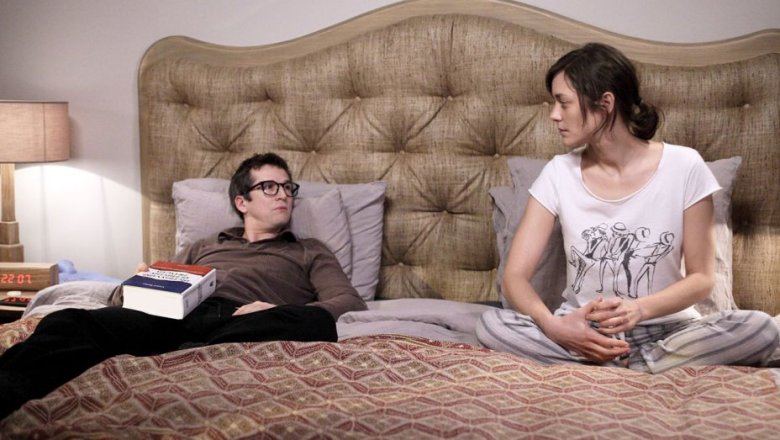 There was a time when seeing major French films subtitled in English was nearly impossible; French films would come out solely in French or not at all. Those were the circumstances that led to the creation of the Cinémania film festival some 23 years ago. The landscape has changed some since then; it’s easier to see French films in general, though not necessarily in theatres. Cinémania remains an important curated collection of some of the best, highest-profile French language films of the year, and their 2017 edition has gathered some works by the cream of the crop.

Opening the festival is Olivier Nakache and Éric Toledano’s C’est la vie. The duo behind the monster hit Les intouchables return with another crowd-pleasing dramedy, this time set around a career caterer (Jean-Pierre Bacri) putting on an opulent event in a French palace. Closing out the festival is See You Up There, a post-WWI drama directed by and starring Albert Dupontel alongside Nahuel Pérez Biscayart (120 battements par minute) and Mélanie Thierry.

Claire Denis is not usually known for her sunny outlook and deft comic touch, which makes Let the Sunshine In a bit of an outlier in her filmography. Starring Juliette Binoche, Xavier Beauvois and Gérard Depardieu, the film has split audiences — but what else do you expect from Claire Denis? Michael Haneke is only slightly more divisive than Denis, though his film Happy End represents not so much a departure as a condensation of all his favourite themes. Jean-Louis Trintignant and Isabelle Huppert star in this loose sequel to 2012’s Amour.

Michel Hazanavicius (The Artist, OSS 117) tackles one of the sacred cows of French cinema with Le redoutable, a biopic of Jean-Luc Godard starring Louis Garrel and Stacy Martin. It is borderline masochistic to tackle a filmmaker like Godard in a biopic format, but Hazanavicius has certainly not taken the most obvious path after his Oscar win. The other highly anticipated biopic on the line-up is a more unconventional one. Mathieu Amalric’s Barbara is more of a meta-biopic of the famous diva in which Amalric himself plays a director who plans to shoot a biopic of Barbara. (Jeanne Balibar plays the actress playing Barbara in the film-within-a-film.)

Amalric also has a role in Noémie Lvovsky’s Tomorrow and Thereafter, about a nine-year-old girl (Luce Rodriguez) who lives with her mentally-ill mother (played by Lvovsky). Natalie Portman and Lily-Rose Depp (daughter of Johnny Depp and Vanessa Paradis) star in Rebecca Zlotowski’s Planetarium, produced by the Dardennes. It was rather coolly received by North American press on its festival run, though it did manage to snag a César nom for its production design.

Québécois ex-pats are all over this edition of Cinémania. Suzanne Clément has enjoyed quite the career on the other side of the ocean, presumably thanks to the popularity of her films with Xavier Dolan; she stars in two films this year, including opener C’est la vie. Anne Dorval (also a Dolan regular) co-stars with Karin Viard in the dark comedy Jalouse, about a recently divorced woman who develops pathological jealousy towards her own daughter. Niels Schneider (who, come to think of it, ALSO starred in a Xavier Dolan movie…) stars in Arthur Harari’s debut Dark Diamond, a thriller set in the Parisian underworld.

Guillaume Canet directs and stars alongside real-life wife Marion Cotillard in Rock’n Roll, a self-deprecating satire in which they both play thinly veiled versions of themselves alongside Johnny Hallyday. Hallyday also stars in Claude Lelouch’s Everyone’s Life, an easygoing ensemble piece set during a jazz festival; Jean Dujardin, Christophe Lambert and Mathilde Seigner also star. After a quick dip in Hollywood with the solid The Drop, Michael R. Roskam returns to European cinema with Racer and the Jailbird, a crime drama starring his frequent collaborator Matthias Schoenaerts and Adèle Exarchopoulos.

Cinémania runs from Nov 2–12. For more information, check out their website.