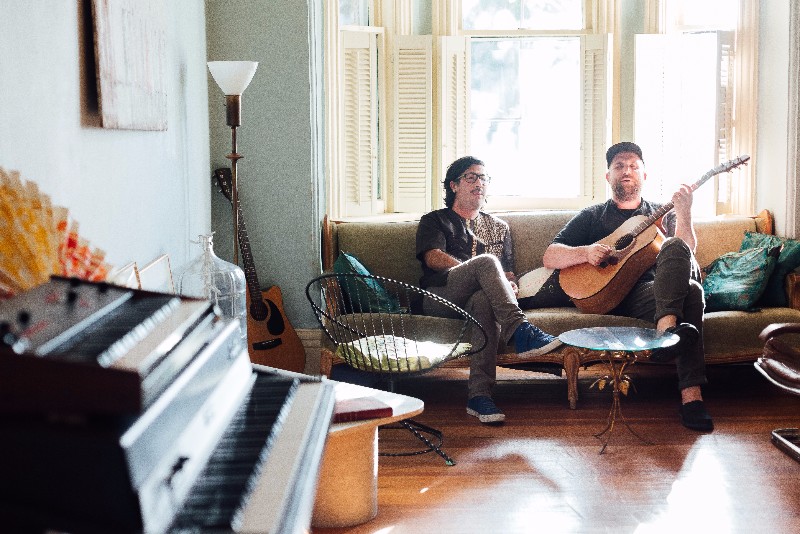 When a group of people assemble and accomplish something special together, you could call it a new-school form of secular communion. Like a physical release or meditation chant, vocalizing in a group can be truly satisfying.

Hot on the heels of their performance of “Hello” with Lionel Richie for a recent episode of American Idol, Choir! Choir! Choir! bring their drop-in choral night to Montreal. Founded by Nobu Adilman and Daveed Goldman, what started as a weekly jam has become an international event to experience: Adilman and Goldman help each section learn their parts, then the camera is turned and suddenly the audience is performing the show.

Since establishing Choir! Choir! Choir!, Adilman and Goldman have toured the world leading fundraisers and corporate team-building events, as well as performing with their audiences at Carnegie Hall, Radio City Music Hall, Massey Hall, the Juno Awards and on Parliament Hill.

Natalia Yanchak: What sparked the beginnings of Choir! Choir! Choir!?
Nobu Adilman: It was Matt Murphy’s (Superfriendz, Tuns) surprise birthday party and my friend Amanda and I were asked to put together a “choir” to sing one of his favourite songs: “Magic” by Pilote. Amanda asked Daveed to play guitar. It was really fun. Two years on, after Daveed asked for the fifth time when we’d do it again, we held our first Choir! Choir! Choir! night with friends and haven’t stopped since.

NY: You’ve taken Choir! Choir! Choir! on tour — what’s it like going into a new city?
NA: Unlike Toronto where we have a base of members who come every week, we just don’t know who will come out, what their ability/vibe will be. It’s a real question mark until we get on stage. From that moment we treat the night like any other, in that we’ll do everything we can to get people to loosen up and sing in a room full of strangers.

NY: What are the challenges with a new audience?
NA: Mainly it’s about getting them to understand what the show is. They are the audience but they’re also the performers. And for the next 90 minutes, they don’t have to worry about their lives and all the amazing responsibilities that go along with it. It’s time to sing, laugh, meet new people and party!

NY: What can Montreal expect?
NA: Lots of Young Daveed stories of all the bad things he did as a kid. And a kickass fun time learning harmonies to Journey’s “Don’t Stop Believin’.” People get lyric sheets at the door, we split the room into groups — lows, mids, highs, it’s not technical — teach the parts, then go live on Facebook when it sounds good.

NY: Is this your first Montreal event?
NA: It’s the first Choir! Choir! Choir! night but our performance choir played Osheaga this past summer. Fun times!

NY:  Choir! Choir! Choir! harnesses the power of music — as something that builds bonds and also that heals — in a conversational way. Has that influenced the evolution of what you do?
NA: We had no plans to start a choir when we held our first night so many years ago. When people started to write us letters about how the experience had changed their lives, and when we saw how it was such a community-builder, that’s when we started to realize that we were growing something really powerful.

NY: What’s your experience of copycat choirs? Who’s your biggest competition?
NA: Lots of choirs have started up after seeing our videos. I feel the more the merrier but just keep in mind we don’t franchise so do your own thing, call yourself something other than  Choir! Choir! Choir! and develop a style that is unique to you.

NY: What’s in the future plans for the choir? Any special events or programs?
NA: We have been touring more and more around North America. Next, Europe! And a TV show. I think TV needs some Choir! Choir! Choir! ■