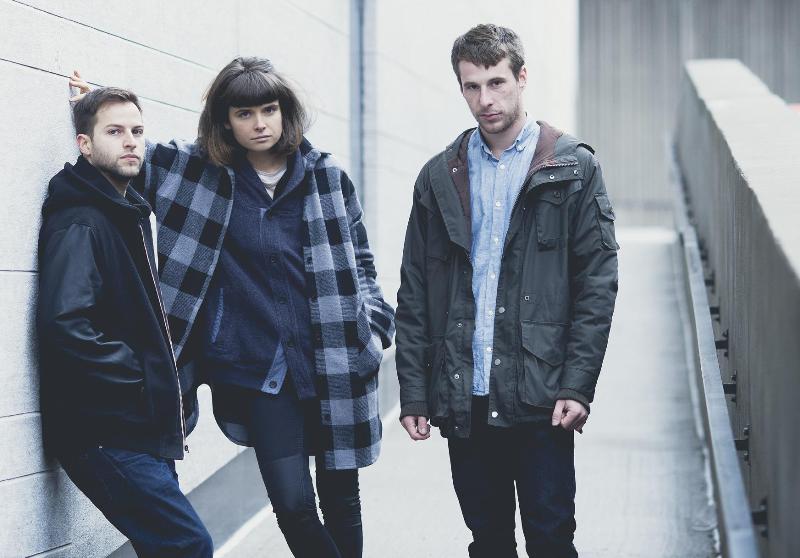 In a city with an endless supply of festivals, it’s a cruel case of irony that one of the most famous ones is a Jazz Festival that seemingly missed the memo on the local Jazz community.  Off Jazz was founded as a protest of sorts, coming one week before the big international festival, featuring locals driven by improvisation and more deserving of the platforms given to the commercially/family friendly acts that dominate Place des Arts. Now positioned in the fall, the festival is perhaps a bit less combative — current president Lévy Bourbonnais mentions that “the founders of the Off Jazz were a bit more like warriors, I’m less of a warrior” — but no less dedicated to local jazz.

Bourbonnais came across as weary yet eager when I spoke to him over the phone. A local musician himself, he recently started teaching music at a Cégep. “It’s a busy schedule for me, but it’s good to be surrounded by a bunch of 20-year-olds… I’m just trying to convince them to come to the Off Jazz, that’s my other thing.”

This position, on top of being a jazz festival president in 2017, seems like a strong case of sensory overload. Still, he’s hopeful as the wait for the big gig rounds the final turn.

Read some excerpts from our conversation about the ups and downs of an important local institution:

Donovan Burtan: What would you say that Off Jazz brings to Montreal?

Lévy Bourbonnais: It’s almost like the only festival that the focus is really on jazz music and original music. The musicians are not playing standards or classics, it’s really all their own compositions, so I think for the community, it’s great to have this space, this part of the year where you know you’re going to get jazz that’s original, composed by musicians from here —that’s why I think it’s so important to have this festival, basically.

There used to be Jazz en Rafale, and I know they’re going to stop doing this, and there’s Suoni per il Popolo, they go a bit more towards avant-garde music, free stuff, hard-core in a way. We’re kind of in the middle — Erik Hove has contemporary music influences; the Joe Sullivan big band, that’s more standard; Sam Kirmayer is more that hard-bop style — we don’t want to get too much of Free jazz things because Suoni does a good representation. It’s so important to keep that two weeks of original jazz music from Montreal.

DB: You mentioned that you teach music at a CEGEP, do you think your perspective as a musician and music teacher helps accomplish those goals?

LB: It helps, but it’s not easy. Basically, it comes down to money, I have ideas for great projects, meetings with people, but even just having someone from Vancouver is a lot of money, plane ticket and everything. We’re always a bit limited. I would love to do a rooftop show with a big band, but we don’t have that much money.

The kids also, I noticed at the school, they’re not into jazz that much anymore. Jazz used to be pretty hip from the beatniks even into the ’70s/’80s/’90s, but now, unless you go to some jazz that mixes hip hop, the Robert Glasper stuff, it’s a bit harder to get the youth.

What I like is the fact that people try it, see that it’s a different kind of show, more live and then you say: “Hey, it’s actually pretty hip.” The music is fresh, it can shock you. I hope young people and older people just go, “Okay, let’s try this show” and jazz is always so alive, it’s always like a different show.

I heard Kendrick Lamar came and my friend told me he had no musicians — this guy has incredible music, he’s surrounded himself by great musicians, but the production won’t pay for musicians. People pay a lot of money to see a guy that’s great but there’s no musicians there, just rapping on that playback. You don’t get that with jazz, it’s fresh.

DB: We’re speaking a bit about getting people who maybe wouldn’t normally come and the festival does a great job of promoting dedicated jazz spaces, like Dièse Onze and Resonance — is that sort of a goal of the festival to get people into these places and maybe come back throughout the year?

LB: We don’t really think about this as a goal, but surely it’s kind of like these guys are doing a job all year long and it’s kind of normal to just be part of their space. It’s easy to incorporate and if people come back, great.

Resonance, they could book a show at night because we do the 5à7, and let’s say at nine they book a great guy from New York like “we’ve been working on that programming and you guys just did that great show? We would’ve just incorporated that in our programming.” That doesn’t happen because we all talk to each other, that’s where the community is really strong. It kind of comes back to the first question, this kind of festival just helps in solidifying the jazz community, venues and everything.

DB: Another thing I always noticed with the Off Jazz is it brings in big musicians to play with locals. Last year Roscoe Mitchell was obviously a big attraction.

LB: Yeah that’s kind of the climax of that, but this year there’s Ben Wendell. So, we bring him in and make him play with three guys from here. It’s fun, people are there and you know it’s fresh, it’s something special that won’t come back. Jazz also allows that type of meeting — you do three rehearsals, soundcheck and great music is being played because the players are so good.

DB: You can create a once in a lifetime experience.

LB: Yeah, the last night we have “Once Upon a Time at the Off Jazz Festival,” we just gathered musicians that play amazing and also write music. So, the whole show is going to be like 20 different songs, each guy brings two compositions. Then you hear another style of music, like you were saying there’s different jazz, and you get to this player and it sounds different because it’s another colour and then you switch to Jean Derome who’s going to be there, you know that it’s going to be a different personal touch. We’ve done it two times, this experiment, and each time it was kind of magical.

DB: Do you have any picks from this year’s line-up as standouts?

LB: I heard Daniel Arthur. They’re all finishing school, I think from McGill, great players. Kyle Hutchins is pretty young, there’s Gentiane MG — a lot of five to seven shows are mid-20s bands. Daniel Arthur was something we heard and we were like woah, like who are these guys? The thing is we all know the people that kind of play.

This year we did something a bit bold. We listened as a committee so there’s not one person that chooses the bands. Sometimes we would put on “oh this is so-and-so’s latest record” and we know that they’re all great players, it’s a bit biased. Now, we don’t know who it is and we put it on and someone would say “hmm, I don’t really like it” and like “oh yeah, this is so-and-so” like “what!?” That was tricky, but the Off Jazz is all about taking risks. ■