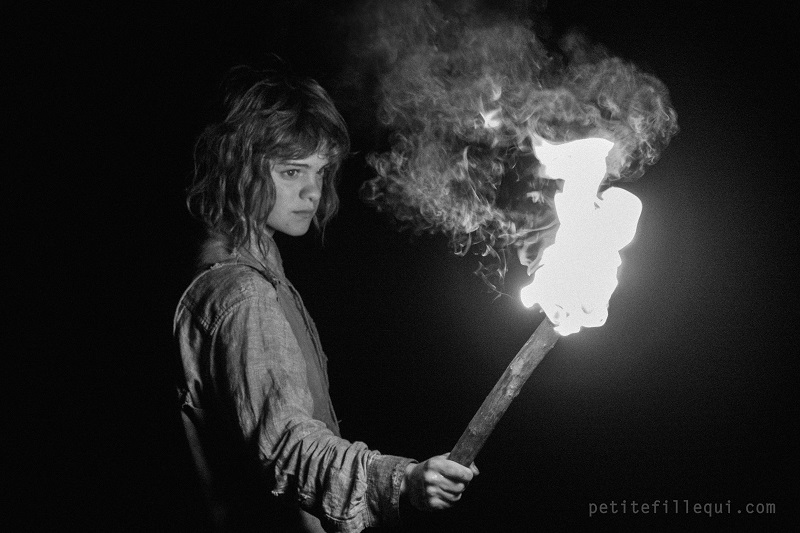 It’s exceedingly rare that hot Quebec properties like Gaétan Soucy’s novel La petite fille qui aimait trop les allumettes are handed out to young filmmakers like Simon Lavoie. From his feature debut, Le déserteur in 2008, to his last film (co-directed with Mathieu Denis) Ceux qui font des révolutions à moitié ne font que se creuser un tombeau, Lavoie has courted controversy throughout his career. His films have left no one indifferent, which in this day and age is not necessarily synonymous with adapting a novel as wildly beloved as Soucy’s. His adaptation of the novel is, you won’t be surprised to learn, hardly a softened version designed to appeal to commercial concerns.

“Reading the book, it’s immediately obvious that it’s a very radical, very decisive novel in terms of the choices he makes,” says Lavoie. “I couldn’t go into it and make the dull, polite TV-movie version of it. It might’ve been more faithful to each comma in the novel, but it wouldn’t have been faithful to the book’s spirit.”

Soucy’s book was one of the great successes of Quebec literature in the last 25 years, winning many prizes and nominations and subsequently being translated into over 20 languages.

“It was the literary sensation of 1998,” says Lavoie. “It was nominated for many prizes and was really the book that allowed Gaétan Soucy’s career to take off. I had read the book when it came out in 1998 — I was only 18 or 19. I wasn’t in a position to make a film of any kind then, but I was studying cinema. The book had struck me in the way… As I get older, I notice that the movies and books I first encountered between the ages of 15 and 25 are really the ones that informed my work and my artistic allegiances. The book had that effect on me at the time. As the years went by, however, I would hear that producers had bought up the rights to the novel and were working on an adaptation. It seemed like a logical thing, for a book like that.

“As the years went by, though — no movie. In 2013, Marcel Giroux contacted me. He had seen my film Le torrent and held the rights to the book at that point. I told him how much the book had affected me and he explained he had been looking for someone to helm the project for some time. Other people — writers, directors — had worked on it prior to that. I said yes, as long as I could rewrite the script myself and present my own vision of the project. (…)

“After making Le torrent, which had been a difficult process, I felt as if something about it had been incomplete in some way. I had this desire to come back in the same universe — a kind of poetic, pre-Quiet Revolution universe where beauty and cruelty stand side-by-side.”

La petite fille… is the story of Ali (Marine Johnson), a young teenage woman who is treated as if she were a boy by her tyrannical father (Jean-François Casabonne). Living in a dilapidated manor on the edge of town, the family (which also includes an older brother played by Antoine L’Écuyer) exists in almost complete seclusion from the rest of the world, prone to outbursts from their violent and drunken patriarch. When he unexpectedly dies, they find themselves at the mercy of a world that isn’t at all the way their father depicted it. With only a limited understanding of the world, Ali must deal with the confusion brought forth by her burgeoning sexuality… and by the presence of a mysterious creature living in the barn. 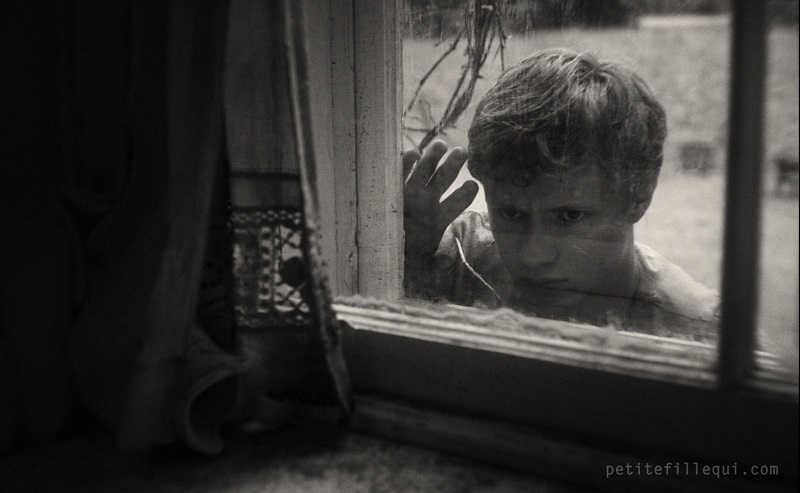 Soucy’s novel was particularly noticed upon release for the colourful language invented by its protagonists, a mix of portmanteaus, spoonerisms and straight-up invented slang stemming from the siblings’ isolated upbringing. That language is the first thing that Lavoie phased out of his version of the story. “What stayed with me about the novel 15 years later wasn’t the book’s language,” says Lavoie. “That’s often the first thing people bring up about this particular novel — it’s very particular, very baroque language. What had actually stayed with me were the characters and the particular poetry of the situation.”

What Lavoie has done with his film is draw out some of the more grotesque elements of the plot and brought to them that very specific sense of poetry, drawing on traditions of dark fairytales going back thousands of years. Suffice to say that La petite fille… is not for the faint of heart.

“There’s a certain amount of genre crossover in it, as well,” he says. “There are certainly fantasy and horror elements to this film. On one hand, it is a period piece, but it isn’t a historical film. It has very specific horror imagery, what the Americans tend to call “elevated horror”. (…) We wanted it to be expressive, and black-and-white allowed us to create a universe that was just slightly off. We wanted an aesthetic that was both grounded and realistic, but also somewhat oniric. Black-and-white allowed us to step back, so to speak.”

La petite fille… is sometimes a rough watch — but rough watches don’t necessarily mean rough shoots. “I actually like shooting the rougher stuff, and here’s why,” says Lavoie. “When you shoot this kind of scene, it’s almost sacred. Everyone on the set is very reserved; we stop making jokes. We see that an actor or actress is revealing themselves, which almost immediately triggers respect. You’re seeing someone who believes in your art enough to get naked, literally or metaphorically. We have closed sets — I find it beautiful, in some sort of way. There’s something very inward about it. Of course, everyone has to be made acutely aware of what is going on. Everyone has to be on the same page.”

That having been said, there was some trepidation on Lavoie’s part when it came time to adapt such a beloved novel. “What’s particular is that I worked with Soucy a little bit,” says Lavoie. (Soucy died in 2013.) “At first, my producer even had to convince him that I was the right person to make this movie. I chose the project, but the author also had to choose me. I spent a lot of time talking to Gaétan in order to show him what my vision of cinema is. There are some writers who don’t want you to change a single comma from their work; Gaétan wasn’t like that. He was a smart guy, a cinephile, who understood that literary language and film language are two totally different things. He could tell that his novel was not going to translate note-for-note on the screen. The pressure wasn’t so much to be faithful to his words — it was to be faithful to his spirit.” ■