Montrealer Jesse Noah Klein has already made one movie (Shadowboxing, a collaboration with fellow Concordia students), but he considers We’re Still Together (out this Friday) his actual debut. After studying at Concordia, he moved to Austin, Texas, then to Georgia, where he taught film classes. It’s in the midst of this that he returned to Montreal to shoot We’re Still Together, a tiny-budget, somewhat guerrilla-shot indie that played festivals worldwide.

The film tells the story of Chris (Jesse Camacho), a lonely and overweight teenager whose only relatively positive contact with others comes in the form of his overbearing mother. Assaulted by a bully (Alex Weiner) outside of the metro one evening, Chris is rescued by Bobby (Klein’s real-life brother Joey Klein). Charismatic and lively to the point of quasi-mania, Bobby decides to take Chris under his wing for the evening, bringing him around to parties in an attempt to extricate him from the shell he’s spent his whole life building up. It doesn’t take too long before Chris begins to realize that there are important cracks in Bobby’s facade and that his alpha bravado might be hiding something in plain sight.

“It wasn’t low-budget: it was no-budget,” says Klein. “My next film, we have a higher budget since we’re working with two production companies. With a bigger budget, we will be able to keep a small crew and do things similarly. For this film, we had no permits of any kind. Generally speaking, I find Montreal is quite habitable and positive; there are always students making films in the street. We were often a very small crew, and at least three or four times we got stopped by police. I always spoke with them and explained what we were doing and they were always really accommodating and nice.

“For example, about five minutes into the movie, there’s a fight scene outside a metro,” he continues. “But when you’re staging a fight, people are gonna have some questions about it. Joey really went in for it, and that’s what I wanted him to do and what Alex had wanted him to do. The police came by that time because the metro police called the police. I just spoke to them and said we’re almost done and they were very accommodating! It might be very different in Los Angeles – you probably need a permit to get out of your car there.” 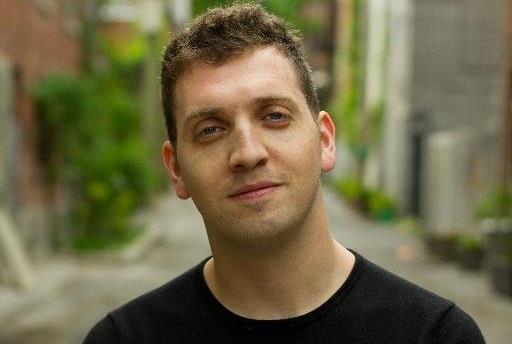 Klein had always intended to make the film in his hometown, even if his trajectory had taken him south of the border. “I wrote the script when I finished film school in Montreal,” explains Klein. “Then I started teaching in the U.S., and that first summer I came back and shot the film. The other actor, Jesse Camacho, is also a Montreal actor. I always knew I would set it here and shoot it here. Also, while there isn’t a great deal of French in the film, it does feature somewhat prominently. It was very much actively set in Montreal.”

We’re Still Together marks the first time the Kleins work together. “I wrote it for my brother – I knew I was going to collaborate with him,” says Klein. “He was very much the catalyst for the film. I saw aspects of him as an actor and as a person that I thought were untapped and that I wanted to see realized on-screen. I remember I called him up and told him I had this idea for a film and he said ‘Yeah, yeah, whatever you want.’ I went away for six months and I came back with the script and we worked on it together. He was quite instrumental in the scriptwriting process, mostly for his role. We talked about it a lot.”

In that respect, Joey Klein’s role in the film feels like the culmination of a long collaboration – like the fifth film made by a Scorsese/DeNiro type pair. “It’s not the culmination of five roles, which is absolutely true,” says Klein. “But by the same token, it’s the culmination of 27 years of my knowing him. I wrote the script when I was 26 or 27 and I grew up with him. Like I said, I’d seen him do a number of different roles, but I’d never seen aspects of his personality come out on screen and, perhaps more importantly, I’d never seen that role before. It was a specific manifestation of male failure and how it can come about where shame becomes aggression and how, conversely, Jesse Camacho’s character turns inward. The film explores why he acts out the way that he does and how he learns compassion and empathy over the course of the film.”

While certainly not unique in its field, We’re Still Together does represent a bit of an outlier: a Quebec-shot, English-language feature made with no institutional support that has managed not only to be seen around the world and win some awards (both Camacho and Klein won ACTRA Awards) before securing a local theatrical release. It’s nowhere near the first film to boast such honours, but as the world of independent film becomes increasingly more fractured and dependant on streaming, it represents something of a triumph.

“It’s interesting how the model has shifted,” says Klein. “Despite the fact that theatrical happens that much more rarely, it still has a certain excitement around it. I was thrilled that we were able to have a theatrical release here. From there, I’d like to get a screening in Toronto and maybe then New York and Los Angeles.” ■

We’re Still Together opens in theatres on Friday, Sept. 29.