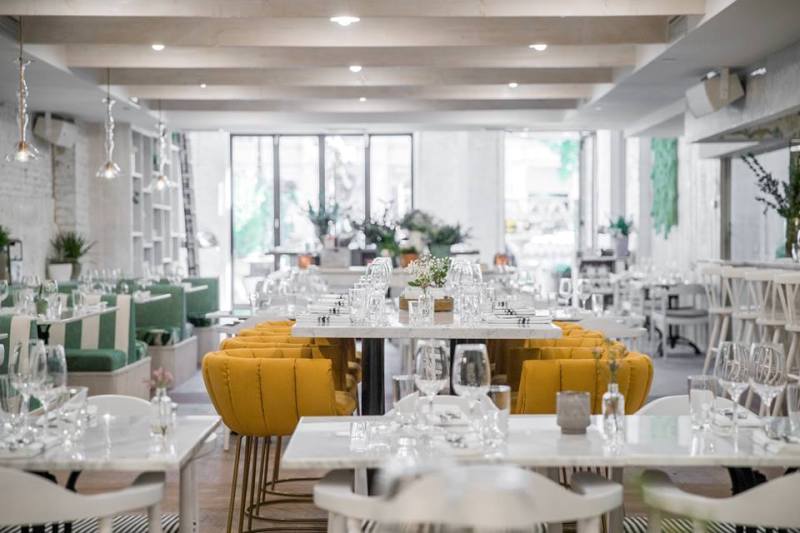 Thinking back to my halcyon university days of a higher metabolism, it seemed pretty normal to subsist on a steady diet of cheap pizza and coffee, topped off with nights at a bar, rinsing and repeating. If that’s your jam, have fun, but I don’t recommend it. Consider a bite of fucking salad and break the cycle if you haven’t already.

Lucky you: “Healthy eating’ wasn’t nearly as much of a trend a decade ago as it is now in the downtown landscape, and we can all agree that eating some greens never hurt anybody. Whether you’re a vegan, vegetarian, gluten-free, ketogenic or any other manner of diet driven by ethics or preference, there’s a lot of great choices available immediately around the Concordia and McGill campuses. Here’s some of my top picks that are open late (typically until 10 p.m.) and worth leaving the fluorescent, B.O.-ridden hellscape of studying all day at the library for.

In the interest of adapting to today’s on-the-go individual, Foodchain has taken the vegetarian palate and given it the fast-food treatment. Sounds familiar, right? While it’s true that there are plenty of lunch counter-style chain locations around downtown, they aren’t headed by some of Montreal’s best chefs — Charles-Antoine Crête, Cheryl Johnson and Jeffrey Finkelstein — and situated in a location designed by the popular Zebulon Perron.

This animal-free establishment serves salads ($9 to $11) both sweet and savoury, with selections like beet and apple with a dill, green onion and lemon mustard sauce to cauliflower and mushroom with a feta, parsley and citrus sauce. There’s plenty of strictly vegan options, and you can add in a crunchy mix of seeds or nuts. If you still find yourself with a hankering for carbs, try the flaky “pain magique” with its mix of onion, herbs, spices and cheese ($4) or vegan cakes. It’s simple, fast, exceedingly uncomplicated and damn it, it’s good for you. 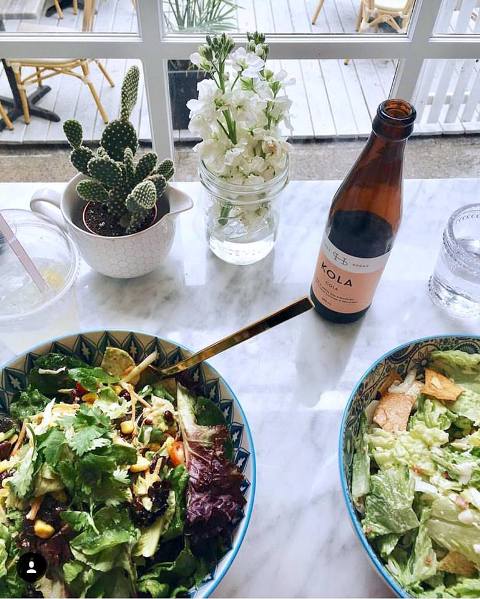 I noticed this joint’s got a bad rep from a couple reviews online, but this is one of those times where you can’t trust every poorly written review you read. Each visit I’ve paid to Mandy’s has been straightforward and tasty, appealing to my omnivorous bias. Located downtown and in four other spots across the city, the menu here is slightly more expensive. The salads run from about $11 to as much as $17, but the portions are sizeable and jampacked with a lot of toppings; the most expensive options typically come with more than two animal proteins on it. Choices range from more recognizable options like a Caesar, Cobb or Waldorf salad with minor alternations like baked pita chips instead of croutons to ethnically inspired “Asian” or “Mexican” salads with crispy noodles and tortilla chips, respectively.

All that being said, Mandy’s appeals to the whole spectrum, from meat-eaters to vegans. A lot of the menu features some add-ons and animal proteins can be swapped out for tofu, tempeh or mock chicken. If some of their pre-mades don’t appeal to you, there’s a build-your-own option. They also deliver.

Lastly, for those of you looking for more of a sit-down affair with artful plating and vegan-vegetarian sensibilities, LOV is a must. Where Aux Vivres has claimed notoriety with its diner and formica-topped tables, LOV gives vegan and gluten-free meals a more high-class treatment. The chef Stéphanie Audet has put together what the restaurant calls “botantical cuisine,” focusing on fresh veggies and the addition of superfoods with “purifying and antioxidant properties.” While I personally don’t believe in that kind of hype, there’s no doubt that Audet does a fantastic job with locally sourced food either for brunch on the weekend or lunch and dinner throughout the week. While many swear by their soups, salads and burgers, you have to try their kale mac ‘n’ cheese ($7) and the coconut ceviche ($12). On top of all this, it’s worth ordering from their cocktail menu that features small-batch liquors or their list of biodynamic wines. If anything, this restaurant is worth a visit for how it elevates the image of herbivores from dreadlocked granola crunchers to wine-sipping socialites. All that, and it’s cheap! ■