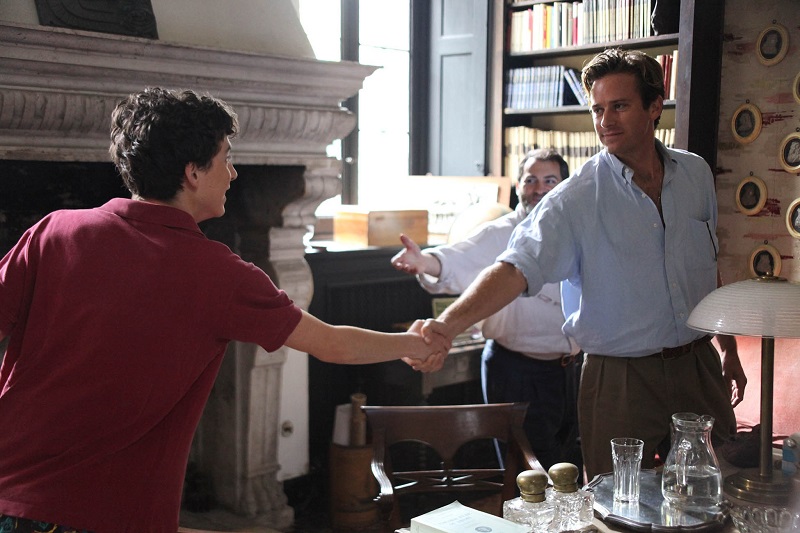 Timothée Chalamet and Armie Hammer in Call Me by Your Name

The Toronto International Film Festival runs from Sept. 7 to 17. This is the first of our daily reports.

Call Me By Your Name

Is it possible to be moved by a story without actually being moved by its telling? I think Call Me By Your Name tells a moving and profoundly human story, even if the movie itself doesn’t strike me as particularly moving.

Luca Guadagnino directs this tale of young love set in Northern Italy in the ’80s. Elio is the 17-year-old son of an American academic (Michael Stuhlbarg) and his Italian wife (Amira Casar). They spend their summers in a villa that has been in the family for centuries, and each year, Elio’s father hosts a grad student to help him with his research. Elio is immediately smitten with Oliver (Armie Hammer), a handsome and gregarious American who immediately takes a shine to the boy. Their feelings for each other eventually come out in a passionate but secretive way — but only one of them knows that whatever they have won’t last.

Guadagnino brings plenty of charm and beauty to this story, but that’s kind of the problem. For how well observed and ostensibly moving the film is, it has a polite, placid airlessness that consistently keeps the film’s emotions below a simmer. (It’s more Rohmer than Visconti, nevertheless.) It’s by design, I think — halting, silenced emotions inside and out — but it keeps the viewer at arm’s length, forced to watch a beautifully mounted, stunningly acted bauble from a distance. It’s telling that the film was written and produced by James Ivory (of Merchant-Ivory fame); Call Me By Your Name has the same museum-y quality to its storytelling as even the most acclaimed Merchant-Ivory productions. It’s a beautiful movie that I found easy to admire, but more difficult to love.

Call Me By Your Name is slated for a Quebec release on Dec. 15. 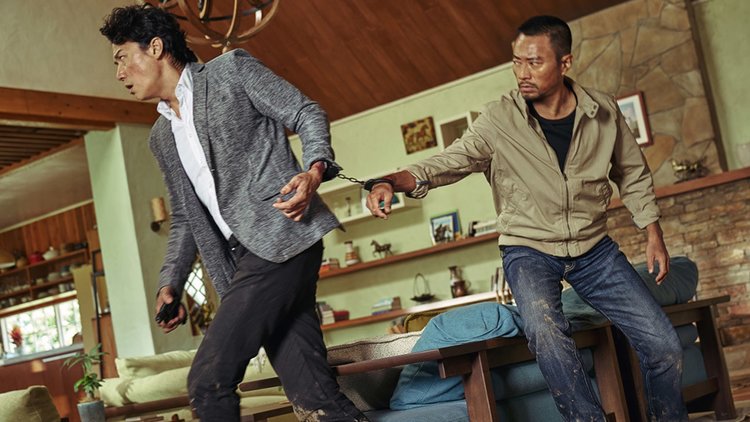 John Woo offers a hearty fuck-you (or maybe a fuck-yeah) to all audiences who demanded more of the same from him after a series of more subdued period epics. From the looks of it, Man Hunt is Woo straight up parodying himself, turning the defining characteristics of his (already highly melodramatic, mind you) early films into a grotesque Christmas pantomime of an HK action movie — and it rules.

Just getting into the plot would go against the very concept of a capsule review, but suffice to say that Man Hunt (a remake of a relatively obscure Japanese film from the ’70s) revolves around a lawyer for a nefarious pharmaceutical company who gets framed for a murder he didn’t commit and finds himself assaulted on all sides by all kinds of nonsense. He winds up chasing a dude on a jet-ski, handcuffed to the same dude, fighting off motorcycle-riding assassins during a wedding and, of course, driving his car through an actual barnful of doves.

Self-referential and overtly comedic, Man Hunt sees Woo getting extremely loose with the action. It’s filled with terrible chintzy editing effects (wipes, super shitty staccato slo-mo) and overbearing smooth jazz. The performers even break out into English whenever their one-liners get particularly pithy. There’s a subplot involving a wedding dress covered in blood that has its own room, and a horse gets shot completely gratuitously. Man Hunt straddles the line between being a joyful parody and straight-up done-teaf garbage, but it’s extremely hard not to get swept up in its giddy stupidity, even if it does eventually run out of steam by the time the third act starts lifting from the Wolverine mythos (?!) and piling on the Casablanca references.

Man Hunt is not currently slated for a Quebec release. 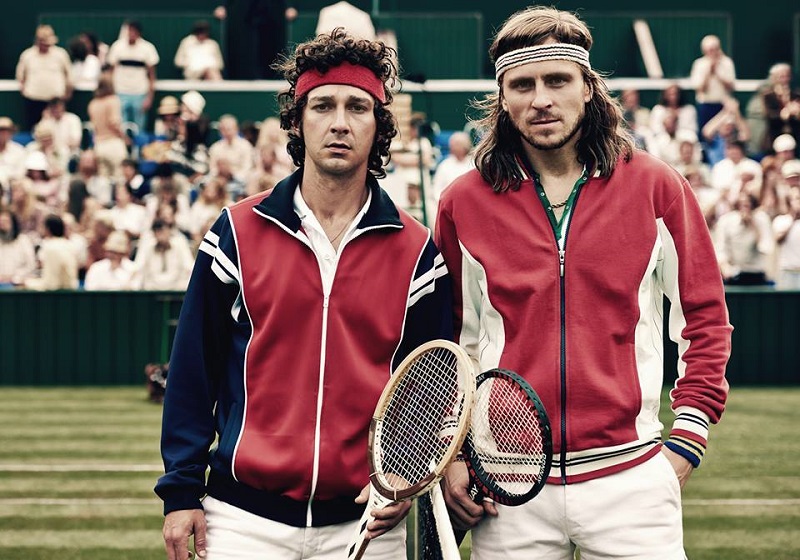 For whatever reason, 2017 is a year of tennis, and Janus Metz’s Borg/McEnroe is the Bourne Identity of the tennis set… or something. It might seem a little reductive, but Metz has brought intensity to the sport in a way I couldn’t even fathom with this look at the fabled Wimbledon match between Bjorn Borg (Sverrir Gnudnason) and John McEnroe (Shia LaBeouf) in 1980. Borg was the reigning champion, a handsome, emotionless Swede with not much of a personality, while McEnroe was the heel, an ill-tempered, easily angered American who was routinely booed by otherwise polite crowds. Both were at the top of their game, and they played one of the tightest and most intense matches of tennis in history.

Metz works his way through each of their backstories leading up to the match — and finds that, lo and behold, they have more in common than they may seem at first glance. Borg/McEnroe explores a little of the psychological sacrifice that comes with athletic domination, but it does so in mostly a cursory manner augmented by doomy strings and dramatic music stabs. Borg is a complete wash of a character psychologically (there are reasons for this, of course) which puts him in sharp contrast with LaBeouf, who’s essentially playing himself here. LaBeouf is a live-wire where Gnudnason is a beautiful prop, and the film suffers greatly from that imbalance (It doesn’t help that this is a Swedish movie celebrating a Swedish hero whose nickname was Iceborg due to his — y’know — icy demeanour.)

Borg/McEnroe’s biggest flaw, though, is how intensely it works itself up into a latter for minimal payoff. Metz shoots everything as if it were a particularly dour murder mystery, full of gritty textures and jittery close-ups. He’s certainly not the first filmmaker to get off on the idea that sports are the new gladiatorial combat, but the intensity with which he frames the action both on and off the court suggests that tennis is the most dangerous game — which it is not. You’re almost fooled into thinking that whoever loses the match will be executed at dawn. The grit lends a nice touch to the match scenes, but it makes the whole thing unnecessarily dour and intense, trying to turn what was by all accounts a pretty good tennis match into something approaching a Norse myth.

Borg/McEnroe is slated for a Quebec release in 2018. 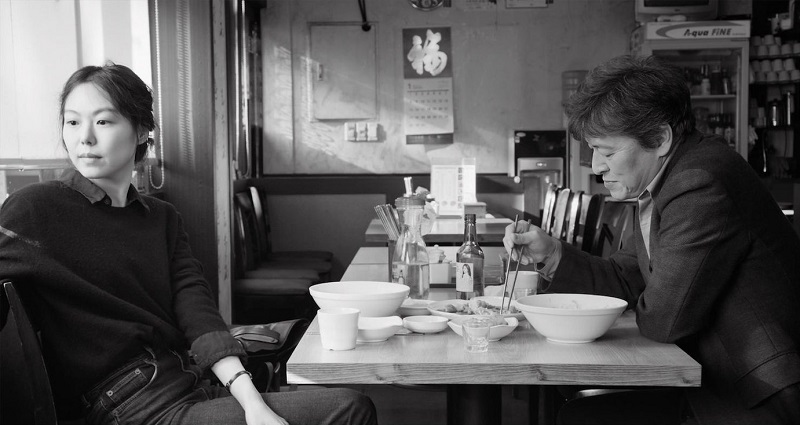 Kwon Hae-hyo and Kim Min-hee in The Day After

Hong Sang-soo isn’t the only film director to dedicate his entire career to minute variations on the same film, but he might be the most committed one. Sang-soo’s films (and he’s prolific — he has no less than three films waiting to come out this year alone) are almost always romantic comedies about conflicted film directors (or other artists/academics of some stripe, almost always stand-ins for the director himself) who binge-drink their way through life. In that sense, The Day After could almost count as a departure since the lead character actually runs a publishing house.

Apart from that tectonic shift, The Day After plays out much like all of the other Hong Sang-soo films I’ve seen. Elliptical and slight, it follows Bongwan (Kwon Hae-hyo), the married CEO of a small book publisher that seemingly only ever employs one other employee: a young, nubile assistant that Bongwan seemingly always manages to seduce, despite being older and very much married. Bongwan’s wife begins to suspect something just as he has actually fired his mistress Chang-sook and hired Areum (Kim Min-hee), who’s initially blind to his shenanigans.

It’s hard to feel too much sympathy for a dude who so blatantly digs his own grave and then asks us to watch him cry in it, and yet Sang-soo manages to make him affable (if somewhat pathetic). Sang-soo himself had an affair with Kim Min-hee a few years ago, making this if not the most thematically cohesive of his films, certainly one of the more personal. None of Sang-soo’s works strike me as particularly hard-hitting and all are designed to sort of melt into one cohesive mass, but The Day After is decidedly (and pleasantly) minor.

The Day After is not currently slated for a Quebec release, but you can bet on it (or one of Sang-soo’s two other movies) being at Festival du Nouveau Cinéma.