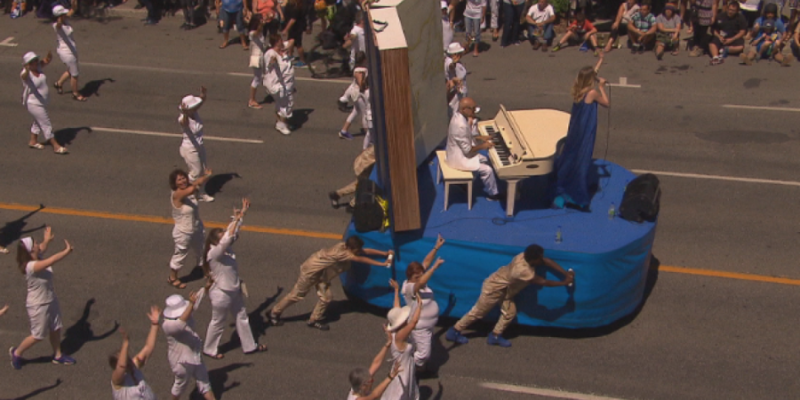 “We must acknowledge that … racism still exists. Whether through direct acts or subtle and implicit biases, it impacts families in every corner of our province.

“Prejudice runs deep through our shared history. Where prejudices have shaped the policies, practices and procedures of institutions we use every day, we must work to eliminate them.

“Systemic racism can lead to the over-representation of racialized, black and Indigenous people in our jails and children’s aid services. It can lead to Indigenous youth facing unfair economic challenges, and being unable to access healthcare. It can explain why Islamophobia and anti-black attitudes persist, and often intersect.”

So says the premier … of Ontario, whose three-year Anti-Racism Strategic Plan prioritizes recognizing and removing “systemic barriers and root causes of racial inequities in provincial institutions.”

But Quebec? Well, gee willikers, we ain’t got no racism here, boy. We’re so colour-blind that we can dress a bunch of athletic black kids in sackcloth and have them straining to push a singing white lady on a parade float trailed by a bunch of other white ladies dressed all in white dancing and singing Quebec’s unofficial national anthem — without it occurring to us for even a nano-second that this is a slavery cartoon.

Yes, indeed. We’re so colour-blind that when we need an actor to play a black sports celebrity, we just slap black make-up on a white actor’s face. Whassat? Black-face? Never heard of it.

Slavery? Never happened here either. Say what? New France had a long history of legalized slavery of Indigenous and coloured peoples that only ended a few decades after the Conquest? Sorry, they don’t teach that in school. What do you mean that many members of Quebec’s diverse black communities are direct descendents of slaves and often come from countries such as Haiti, one of the most brutal slave colonies in history?

Well, we hadn’t thought of that. See, we’re colour-blind. Snow blind. All we see is white. White, white, white.

After all, white is the basic colour of our police forces, our justice system, our civil service, our legislature and our city halls. It’s the colour of the actors in our ads for the city’s 375th anniversary — the actors in just about anything, actually, except when we need someone on TV to play a street-gang leader, a violent prisoner or a secondary character whose only job is to represent diversity and to nod vigorously when the white hero issues orders.

Our minority role models are so exceptional that virtually every Quebec apologist can tick off their names without even taking their socks off.

Quebec has a racism problem. Pretty much every society does, and whether Quebec is better or worse than elsewhere doesn’t matter. What is important is that we recognize we have a problem, talk about it openly and then look for ways to fix it.

Ontario has admitted that systemic racism is a serious problem that requires robust state intervention. Now the Quebec government has followed suit and will launch a public consultation in a few weeks to gauge the depth of the problem and to seek practical and permanent solutions.

But the move has horrified elements of the nationalist community, who, like hardcore alcoholics, think that the best way to battle their demons is to minimize them or even deny they exist.

Parti Québécois leader Jean-François Lisée, who told CBC a year ago that he believes systemic racism exists in Quebec, stood side-by-side a few months later with allies recruited from minority communities who denied it. “There is no systemic discrimination or systemic racism,” said Ferid Chikhi, a nationalist, anti-Islamist blogger who said higher rates of unemployment among minorities was due to a flawed recruitment process rather than institutionalized racism.

In a Canadian Press story this week that claimed the left in Quebec was split over the issue (it’s not), Michele Sirois, an ardent supporter of the PQ’s failed Charter of Values, went even further, making the ridiculous assertion that systemic discrimination exists in the U.S. but not here, because: “the Americans had a slave trade, we didn’t. Our problem is about the full integration of immigrants.”

I’m sure Quebec’s Indigenous communities would agree that their failure to fully integrate the Old World immigrants 400 years ago was indeed a big mistake. But the discrimination they continue to face from the social, health and justice systems is hardly a U.S.-fed figment of their imaginations.

Of course slavery played a role in normalizing the idea that certain groups of people are inferior to the dominant classes, but so did colonialism … and so does nationalism.

No one likes to be accused of racism. Not even the racists. So although Lisée admits it exists, he doesn’t want the Liberals to go around inviting people to talk about it, saying it will inflame emotions and make Quebecers feel they are being put on trial.

He wants to skip straight to action, he says, pointing to a 20-point PQ list of solutions. Just add water, no consultations required.

You didn’t know institutional, systemic, endemic and individual racism could be solved in 20 steps? Well here they are.

The first five are about improving our recognition of the professional and educational qualifications of immigrants. The next five are structural reforms to hiring practices, then another five to encourage “awareness” about racism (wait, I thought we wanted to avoid talking about it!), including encouraging Quebecers to confront racist trolls on social media. And the last five, unsurprisingly, are mostly about getting people to speak better French and less English, plus appointing more minorities to public boards. There are some good ingredients here, but the fact that all four themes highlight “integration” as the real goal betrays a colonial approach and a complete disregard for problems faced by the Indigenous population.

I’m simplifying, of course, but it’s fair to say that none of the PQ proposals address inequity in the delivery of public services or treatment by police and the courts. The policy perceives racism as largely an individual problem and ignores the structural and institutional biases that ensure that equity and fairness remain illusions for most people who don’t blend into the dominant culture.

That, after all, is what systemic discrimination means. Jean-Francois Lisée may believe it exists, but he isn’t doing much to fight it. ■