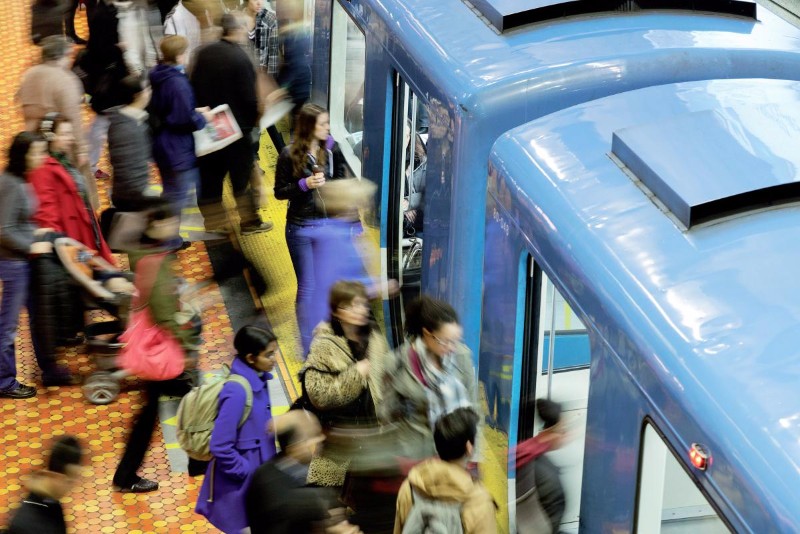 The list of popular moves by Montreal Mayor Denis Coderre is admittedly not a long one. Aside from a few symbolic gestures — like clumsily using a jack-hammer to protest Canada Post plans to eliminate home delivery in favour of super-mailboxes — the mayor’s major moves have mostly been expensive and/or controversial.

An exception has been the generally popular decision to offer free public transit, first on May 17 to mark 375 years since the city’s founding, and again last weekend as a sort of apology for screwing up traffic so badly with the Formula E road race, which closed a chunk of downtown from Berri to Papineau.

Throw in the decision late last year to offer all-night metro service on New Year’s Eve in addition to Nuit Blanche, and you’ve got to conclude that the Société de Transport de Montréal has been a rare bearer of good news and good PR for the beleaguered mayor (except, of course, for the numerous shutdowns that have plagued the metro service this year).

Lost fare revenue for the Formula E weekend, according to The Gazette, was pegged at $1.1-million. Assuming that’s an accurate count, then the cost pales against the roughly $30–$40 million the city coughed up for the race organization itself.

Although the STM hasn’t come up with an estimate of how many people took advantage of the free transit, the system was jam-packed all weekend.

Offering free public transit on special occasions is a great first step, but the city needs to go much farther. Ideally, all public transit should be accessible. The simplest way to do that is to make it free to all at all times, but I recognize that progressive ideas are often implemented progressively, so let’s start with a few baby steps:

• Issue free transit passes to social assistance recipients. Public transit is unaffordable on a welfare income, and lack of mobility makes it harder for the poor to find work or to shop outside their communities. Free transit could help offset the problem of “food deserts,” the lack of decent local grocery stores common in poorer districts. This is a huge gesture that will cost virtually nothing.

• Offer free transit days on a more regular basis. Start with free weekends during the summer months to encourage public participation in all the festivals we’re already subsidizing.

• Keep the metro running all night on New Year’s and Nuit Blanche, but make it and the night buses free to encourage even more people to leave their cars at home (or to turn down lifts from friends who are driving drunk).

With all the traffic turmoil we can expect in the next few years with the replacement of so many major chunks of the city’s road and bridge infrastructure, this is the ideal time to get Montreal drivers and visitors to see the advantages of public transit.

Offering the occasional free sample is great way to promote ridership and encourage economic activity. It’s such an obvious win-win scenario that even Coderre has figured it out. ■