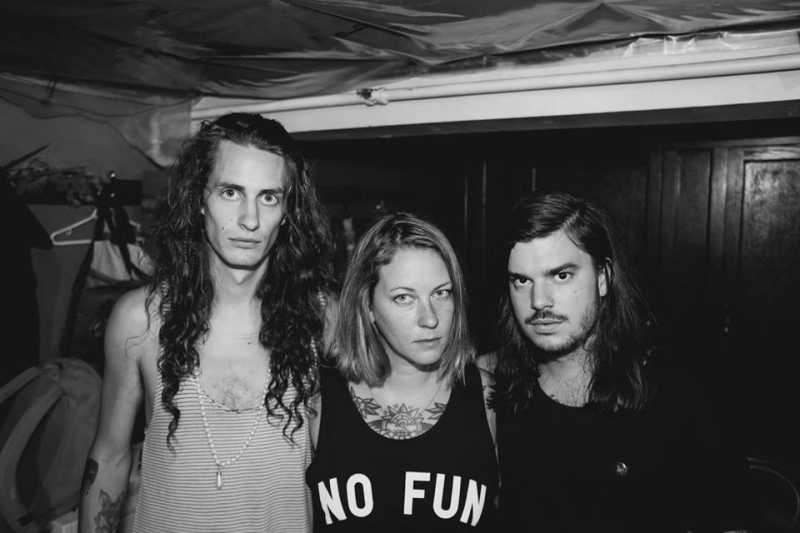 This year marks the fourth anniversary of the Montreal-based promoter and booking agency Analogue Addiction, founded by Renard Cassé, Rémi Bergeron and Jean-Philippe Bourgeois. The party’s a highly anticipated one by the organizers and will feature the cyberpunk group Pop. 1280 from Brooklyn, post-garage rockers Jesuslesfilles and shoegaze group No Joy.

While most of the city’s top promoters specialize in populating some of the largest venues for music in town, AA has been known for creating events in smaller, more intimate spaces that can be as packed as they are loud. Featuring all manners of rock music in their rosters with all local, cross-country and international bands, occasionally mixing anglophone and francophone groups into one evening, it’s a tiny Québécois organization that’s come a long way from cop-haunted loft parties to regularly appearing in the top five of Cult MTL’s Best of MTL list.

“I started AA with Rémi, and after a year I needed more help,” Cassé tells me during a meet-up alongside Jean-Philippe at Pub Brouhaha. “I met JP and I told him I needed someone to promote it.”

Having come to Montreal years ago, Renard and Bergeron attended parties before deciding to book shows themselves, and it took off from there.

“We started with one band we knew, and after that they gave us a list of bands, we booked them and they (in turn) gave us lists of more bands,” Cassé adds.

This informs a large part of the process, where AA works closely with bands and venues to make things happen and keep it fresh; to date, AA has seldom if ever booked the same group twice in a year.

“It’s mostly the nightlife of where we were hanging out and working, mainly at l’Esco and la Rockette, hanging out with people who played in bands, making connections,” Bourgeois adds.

That just about sums it up: AA is largely a family affair, with close friends and a DIY mindset, using Facebook event listings and word of mouth to pack in bodies.

“It’s DIY in the sense that we work with our friends; we only use a small circle of people like our friend (and graphic artist) Karmen to do posters, with close friends working the doors,” Bourgeois says. “We always try to keep it tight, except for when it comes to booking bands.”

That kind of friendliness and familiarity is somewhat of a far cry from booking agents and greenroom affairs, as the organizers are known for their handling of acts from here and abroad — carrying gear, supplying beer, ensuring that musicians know where to crash and that their passports are in order. “We always try to take extra care, making sure that the bands have eaten, even if we have to take money out of our pockets,” they tell me.

As opposed to booking and, well, booking, AA’s team can be regularly seen on the floors of their events. “We never really have had problems at our shows, because we’re always there, everywhere,” Bourgeois explains. “We walk around, we’re watching the band, we’re watching the door, checking the bathrooms. We’re always there, and if there ever is a problem, we take care of it professionally.”

The only double-edged sword in all of AA’s workings seems to be the pricing. While not trying to devalue music, shows run by AA are regularly priced around $10, with the exception of larger affairs like their anniversary party (tickets at $15, doors $18); that comes with the risk of not being able to pay properly if the headcount isn’t high enough.

“Sometimes we get people who don’t want to pay $12 to see three bands, but they’re fine paying $5 for a pint. It’s strange,” Bourgeois says. “It’s a big commitment for people to get together to make music, and if people don’t want to pay for it… it’s really frustrating. I remember this guy showed up a show once with two girls and said ‘Can you give us a deal?’ And I point to the door. There’s your deal.”

Apart from this hard ball note, AA’s efforts are still a labour of love for both fans and bands. As exhausting as it can be, the organizers have no plans of slowing down. “It’s really about how, from the first minute when the bands and people walk into the venue to the last minute when they leave, we really want it to be fucking awesome for everyone,” Bourgeois says as he polishes off the last pint of our talk. “It’s such a good stress. Everything builds up, and it’s like the first time every time… It’s just excitement.” ■