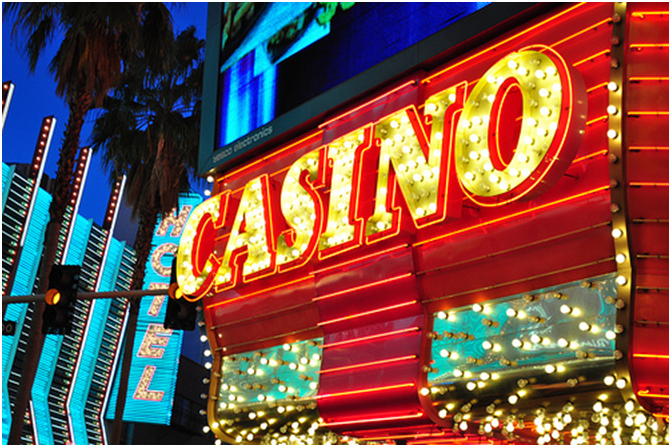 Back on June 30, Warner Bros. released The House (2017) starring comedy favourites Will Ferrell and Amy Poehler. At first, the movie, which is based around a couple starting a casino in order to fund their daughter’s college tuition, had high hopes as the comedy duo in the spotlight have shone previously in the hit film Blades of Glory (2007). However, with a Rotten Tomatoes score of just 17% and following some less than favourable reviews, it is clear that The House is not the best casino movie ever made.

This got us thinking, what are the best casino movies ever made or at least, what movies would casino fans be better off watching? Let’s take a look:

Over his lengthy career, James Bond has managed to enter almost every casino in his fictional universe, most of the time on a mission to undermine some world-threatening organisation or plot. However, few casino trips have been more intense and entertaining than Daniel Craig’s 2006 Monte Carlo visit in Casino Royale. There 007 must uncover and foil a deadly terrorist attack planned to destroy Miami International Airport by bankrupting the plot’s financier Le Chiffe. As Le Chiffe is an avid poker player, our favourite MI6 agent must bankrupt him in a high-stakes game, but things get a little tricky once Le Chiffe calls Bond’s bluff.

In this seriously under-rated movie starring Michael Imperioli, we follow Stu Ungar as he attempts to become a champion on the gin tournament scene. After enduring many years on the scene, the son of a prosperous bookie Ungar eventually transitions to become a poker player. Now, we here in Montreal love our online casinos, and you’ll often find us going a step further by looking for the best bonuses on iGaming sites like one of the biggest out there, Party Casino, but we have nothing on Ungar. This man works hard to enter every game of poker he sees and dedicates his life to claiming victory at the WSOP Main Event. Will he manage to accomplish his dream? You’ll just have to watch and see.

Finally, we have perhaps the best casino movie of all time aptly title Casino (1995). Directed by Martin Scorsese, this movie starring Robert de Niro and Joe Pesci has won numerous awards making it one of the best movies ever as well as the best casino flick. The story follows Sam “Ace” Robinson and Nicholas “Nicky” Santoro as the pair attempt to run a casino for the mobsters whilst also keeping the hooligans in line. Needless to say, there’s a lot of fun, thrills and threats throughout Ace and Nicky’s job, but that’s all we’re telling you about this top-class movie.

While we’ve only listed three contenders, you better believe there are plenty of other casino movies that certainly give The House a run for its money. The Cincinnati Kid (1965), Rounders (1998) and The Hustler (1961) are just some options we just hope you’ll choose over The House.