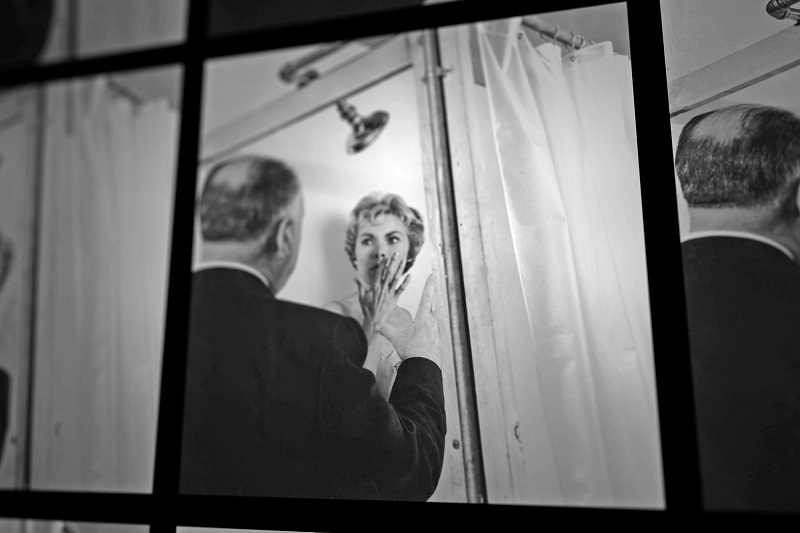 The ever-famous shower scene from Hitchock’s Psycho gets the feature-length dissection treatment in Alexandre Philippe’s entertaining 78 / 52 (the title refers to the amount of shots and the amount of seconds containing the scene). I’m always a bit wary of these types of documentaries – the topic is often not necessarily meaty enough to sustain feature-length discussion, and the end result is often either comprised of way too much archive footage or prone to flights of fancy that look for increasingly tenuous connections within the elements of the film. 78 / 52  is perhaps better described as a documentary about Psycho with special emphasis on the shower scene.

It’s all pretty fascinating, taking the middle ground between hand-holding Film Studies 101-type material and more arcane film-buff ephemera to create a well-rounded look at the scene that only slightly dips into unsustainable hyperbole. Interviews with a large stable of filmmakers (Richard Stanley, Scott Spiegel and Guillermo del Toro, to name a few), film professionals (Walter Murch), Hitchcock biographers and a handful of people who worked on the film are weaved together in a way that manages to place the film in a broader context AND have the editor of the ill-fated shot-for-shot Gus van Sant remake essentially admit that it was a failed experiment.

It’s all pretty fun — and pretty Fantasia, considering the film was not only conceived as part of the Frontières market but features many repeat guests of the festival — but perhaps inessential to the layperson. It’s fairly niche in its approach and appeal but, if you’re reading these words right now, chances are you already have your tickets. (Alex Rose)

I think we can safely say that we now live in a post-post-Tarantino world. Case in point: the Taratinoesque films coming out these days have more or less done away with the ironic detachment that so explicitly typified the post-Pulp Fiction glut of imitators. Ryan Prows’ amiable (or at least as amiable as a movie that sets its credits over a scene of a woman being butchered for the black market organ trade can be) Lowlife lifts its non-linear construction from Pulp Fiction and its imitators, but Prows is not particularly interested in the irony and metatextual fuckery of the ’90s crime genre.

Lowlife follows the lives of several down-on-their-luck L.A. denizens whose lives revolve around the shady dealings of one Teddy Bear (Mark Burnham in full methed-out-Dennis-Hopper mode), a taco stand owner who doubles as a pimp, money lender and black market organ salesman. Teddy employs El Monstruo (Ricardo Adam Zarate), a luchador and wannabe folk hero who has also impregnated Teddy’s pregnant, heroin-addicted daughter Kaylee (Santana Dempsey). Kaylee’s kidney has been promised by Teddy to her alcoholic birth father unbeknownst to her mother (Nicki Micheaux), who also witnesses Kaylee’s kidnapping at the hands of a dopey recently-released criminal with an unfortunate swastika tattoo on his face (Jon Oswald) and his former partner-in-crime turned straight (Shaye Ogbonna). It won’t surprise to learn that this whole mess leads to a Mexican standoff.

It’s hard to gauge exactly how seriously you’re supposed to take this (my guess: somewhat seriously) as Lowlife waffles between black comedy and some more earnest moments that feel somewhat unearned within the familiar trappings of the genre (three heads get caved in; also, there’s a guy who wears a luchador mask in every scene). The acting is pretty solid considering the relative obscurity of its cast (ironic casting has also fallen by the wayside, it seems). It’s fairly charming, though, especially if like me you were raised on late-’90s Sundance also-rans on VHS. Comparisons to Pulp Fiction are a little far-fetched, but comparisons to 2 Days in the Valley aren’t. (AR) 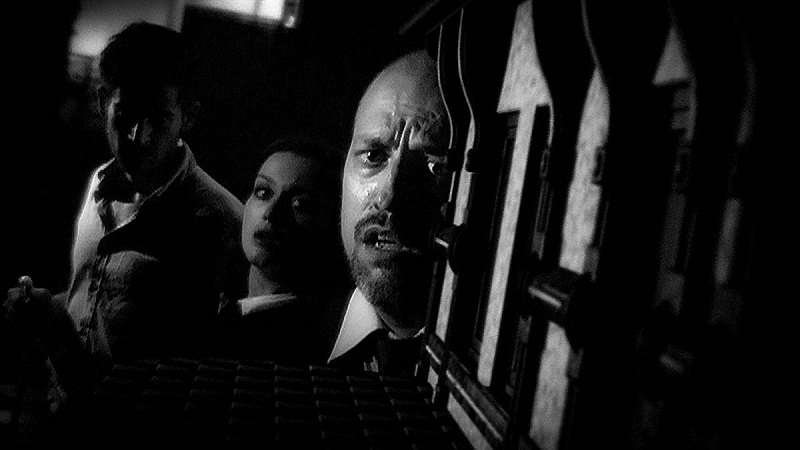 If you like your horror with a creepy, throwback feel, step right up to the The Laplace’s Demon, co-written and directed by Italian filmmaker Giordano Giulivi.

It follows a team of researchers working on a theory that estimates how many shards a falling glass will break into. When they’re invited to a secluded island by a mysterious professor, they believe it’s to share the results of their project, but they soon find out they’re actually pawns of a more dangerous experiment and they can’t leave the island until it is complete.

Based on a scientific concept of the same name that claimed every future movement of every atom could be calculated. Giulivi plays with the science, as the characters watch pawns eerily reflecting their every movement within a mini-replica of the mansion. Unfortunately, the over-explanation of the science ends up taking a wee bit away from the intrigue. It would’ve worked best with a touch more mystery.

I’m also a bit on the fence when it comes to movies that feel more like cinematic homages to by-gone eras. Why toy with something that’s already been perfected decades ago?  It’s a fun, cinematic experience, but it might also just leave you wanting to re-visit the classics. (Roxane Hudon) 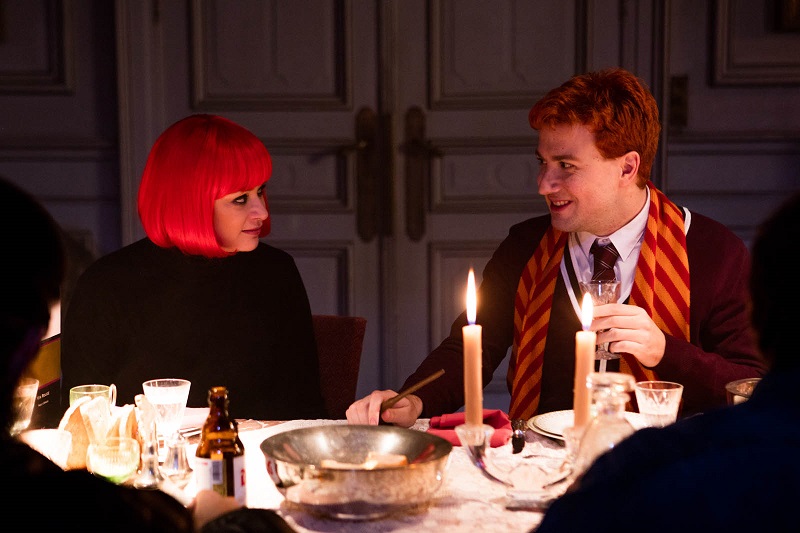 Le Manoir is a horror comedy, similar to one Judd Apatow, Seth Rogen, and James Franco might make, albeit a very French one in its laissez-faire values, hip-hop fixation, etc. It also includes several characters who are clearly parodying pop culture icons such as Ron Weasley, Baby Spice, Wednesday Addams, and others.

In the film, a group of soon to be college graduates travel to an isolated, decrepit mansion to ring in the new millennium. While their ages would peg them as Gen Xers, their millennial spirit has them more akin to Xennials. Like many films of late, it features a party scene, but with a stronger sense of realism than its western counterparts. Once the bodies, or body parts, start piling up, things escalate at a decent pace. While many aspects are predictably based on cultural stereotypes and genre norms, it remains an entertaining, and often funny film.

Gore and effects rank low on the film’s list of priorities, with the exception of some great makeup near the end. The focus is squarely on the narrative, the characters, and assorted comic elements. Unsurprising, given that many of the actors are veterans of the French comedy series Studio Bagel. Not all of the jokes land, but most do, especially in the latter half. That alone makes it an above average comedy. (Katie Ferrar + Mark Carpenter)