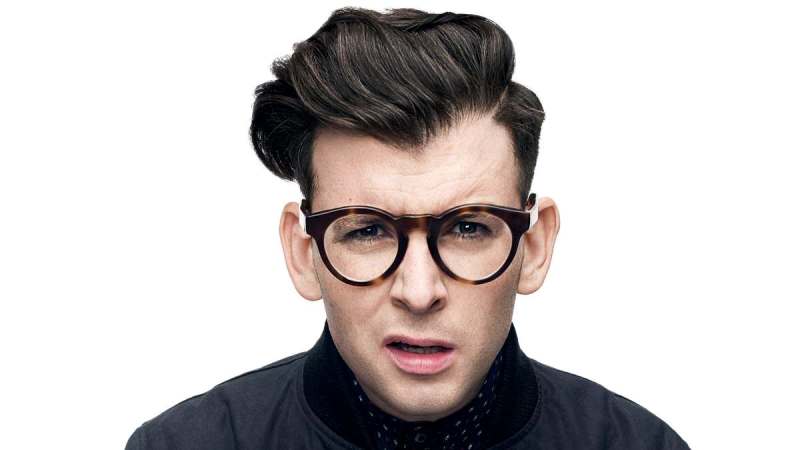 On top of his recurring role and producing duties on Another Period (co-created by Riki Lindhome and Kasher’s wife Natasha Leggero), he hosts a talk show called Problematic on Comedy Central (one he describes as “Donahue for the internet generation”) and tours regularly with Leggero as part of the Endless Honeymoon stand-up tour. He’s written an excellent book about his troubled teenage years, written on Zoolander 2 and hosts Hound Tall, a monthly podcast on the Nerdist network.

That’s a pretty full plate, but it leaves Kasher little time to devote to his first love: stand-up comedy. The show he’s hosting as part of JFL this Thursday is part of his plan to focus the next year on stand-up.

“This year I am full-speed ahead on doing another special,” says Kasher, whose last special Live in Oakland came out in 2013. “That’s my plan for the year. Right now, what I’m really excited about is the next year of stand-up. I’ve been so busy with TV writing and producing over the last few years that I just kept pushing it. I kept thinking ‘It’s time for a special, time for a special’ but I’m definitely doing it this year. That’s the thing I’m most excited about. How do I feel about my career? I feel the same way as I do about my life in general: I’ve been really lucky, but I’ve also worked really hard. The trick in trying times is to remember to be grateful — and by the way, Just for Laughs has been advocating for me before anyone else was.”

These days I’m mostly seeing Kasher on his show Problematic, a freewheeling roundtable discussion on issues of the day like cultural appropriation and Islamophobia. An outspoken left-winger, Kasher nevertheless leaves plenty of space for dissenting opinions on the show — even inviting Ann Coulter on and mostly (though not entirely) managing not to make fun of her. I ask Kasher if the current political climate and his gig as a more explicitly political commentator has affected his stand-up.

“Not at all,” says Kasher. “Thankfully, I’ve never written particularly politically. I write about culture, I think, but not necessarily about politics. I don’t think you necessarily choose what you write about. Your act kinda happens to you. So far — knock on wood — my act has has not become about Donald Trump. He has not begun to hold my act as well as my psyche hostage. The classic reality of Donald Trump, and of politics in general, is that when reality becomes more satirical than satire, there’s no point in satire anymore. I can only imagine the editor-in-chief of The Onion going ‘Okay, you know what? The Wall Street Journal is funnier today than we can ever be. I can’t do this anymore.’”

“Thankfully, I’m in touch with the fact that there are bigger issues at play than whether or not comedy will survive. I’m more worried whether or not we will survive. In the meantime, thank God comedy has always been and always will be, until the end of the world, politics-proof, recession-proof and strife-proof. Because the truth is that no matter how horrible things are, people still need to figure out a way to laugh and have a good time.” ■